COVID-19 has been a plague for democracy too 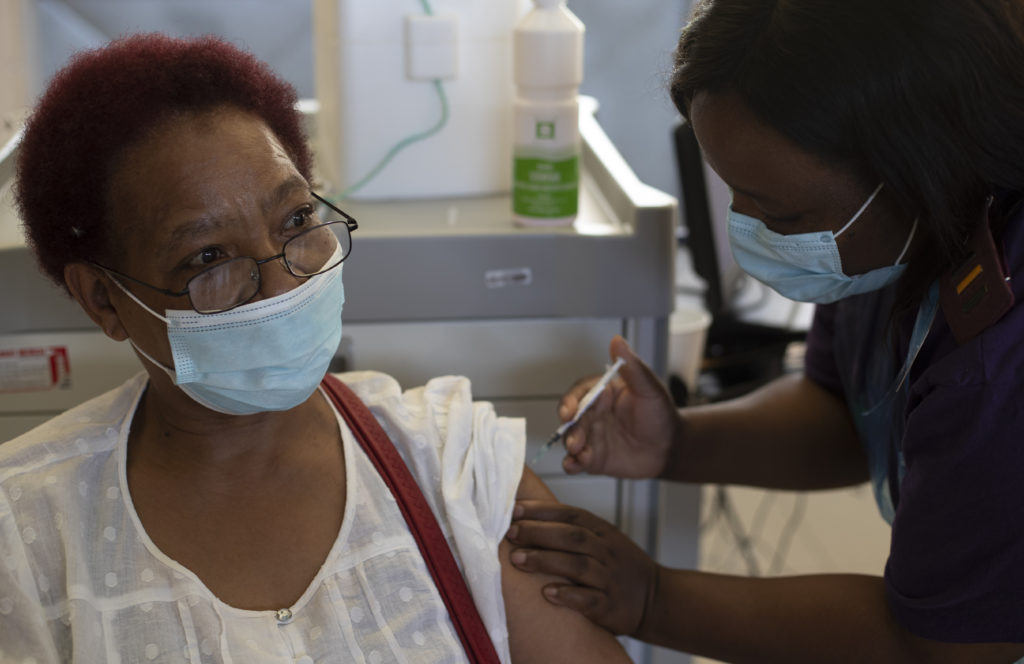 As those in vaccine-rich areas catch a glimpse of the light at the end of the tunnel, much of the world remains worse off not only because of the human toll of the disease, but also the political one.

Freedom House found that repressive governments around the world seized a political opportunity to flex police muscle, push back elections, stifle dissent and silence the media.

“Coronavirus was used as an excuse for the already oppressive government to do things that it has long planned to do, but had not been able to,” said a Turkish contributor to the global survey, released in October.

“[T]he COVID-19 pandemic is exacerbating the 14 years of consecutive decline in freedom,” read the report. “Not only has democracy weakened in 80 countries, but the problem is particularly acute in struggling democracies and highly repressive states—in other words, settings that already had weak safeguards against abuse of power are suffering the most.”

And in Colombia, “ethnic minorities had to completely withdraw into their shelters to protect themselves from the virus and with that they found themselves at the mercy of…illegal armed groups.”

In once leading democracies like the United States, Brazil and India, populist authoritarian leadership demonstrated an embarrassing connection between chauvinist governance and a bungled pandemic response.

China, the catalyst for the global pandemic, could not be included in that study for lack of available data. This is no surprise to anyone who has ever tried to obtain accurate statistics about the notoriously secretive country. However, Lowy researchers were able to debunk the idea that globally, authoritarian governments were better able to control the pandemic due to greater dominance of their populations.

“It may have been easier for authoritarian governments to rapidly impose initial lockdowns and to mobilise resources,” researchers wrote, “but for many it proved difficult to sustain these measures and ensure social adherence in the long term.

An estimated 529,000 people have died of COVID-19 in the U.S. — where President Donald Trump dismissed the severity of the virus throughout the final year of his term, failed to implement a national response plan and didn’t develop  a national vaccination program.

In India, the number of dead is officially estimated at 158,000 and Prime Minister Narendra Modi has claimed credit for his handling of the pandemic, but experts say the actual death toll is far higher and see spikes across the country this week.

And in Brazil the official count is 271,000 people and rising, a runaway crisis at a time when cases are dwindling globally. As if to underscore his utter indifference to the human cost of COVID-19, President Jair Bolsonaro said last week amid record cases, “Enough fussing and whining. How much longer will the crying go on?”

But a new administration can make a world of difference.

President Joe Biden and Vice President Kamala Harris, whose electoral victory withstood a barrage of frivolous coronavirus-related challenges by Republicans, have moved the U.S. from leading the world in cases per capita and a slow  vaccine rollout to a steeply dropping caseload and one of the world’s highest vaccination rates.

What changed? To begin with, a functioning government working along established democratic norms. On his first day in office, President Biden promised to restore U.S. funding to the World Health Organization, which Trump had revoked, as part of a larger reclamation of America’s political leadership in the world.

No longer muzzled, the Centers for Disease Control and Prevention have offered clear and realistic reopening guidance. Dr. Anthony Fauci, who walked the line between Trump and truth telling during the previous administration, has found a more stable platform for his expertise.

After the U.S. Congress passed a $1.9 trillion COVID-19 relief plan this week, President Biden said, “There are brighter days ahead. It’s never been a good bet to bet against America.This government, this democracy can still work.”

Locally, that is still deeply in question. Though 2021 has brought a reality-based national plan and a massive ramp-up in vaccine distribution, the disparities in pandemic policy among the states and inequities among American communities trying to access the vaccine are glaring.

Republicans in several states including the pivotal Georgia have launched a new wave of voter suppression efforts. And a debate pitting individuals liberties against public good threatens to reverse the country’s progress.

This matters all the more because the U.S., the U.K., India and other countries who control vaccine supply will have the power to shape COVID’s global trajectory in the coming years. Generosity now could pay long-term dividends in an interconnected global economy.

As just one example, American factories currently hold tens of millions of doses of the AstraZeneca vaccine, approved for use in several other countries but not yet by the FDA.

AstraZeneca is a British and Swedish company which has asked the Biden-Harris administration to let it loan doses now reserved for American arms, The New York Times reported.

The administration is considering it while American companies including Johnson & Johnson ramp up production, and now faces allegations of hoarding.

“If we have a surplus, we’re going to share it with the rest of the world,” President Biden said Wednesday. “We’re going to start off making sure Americans are taken care of first.”

Though this administration operates very differently from the last one, the world heard a similar phrase often over the last four or five years. What happens next with global vaccine distribution will go a long way in shaping the next decade, certainly for the well-being of hundreds of millions of people.

And perhaps, for the U.S. to demonstrate a connection between democracy and generosity once again. Such a gesture would go a long way to start reversing the trends that have weakened democracy worldwide and set the stage for a more coordinated response to the next global crisis.