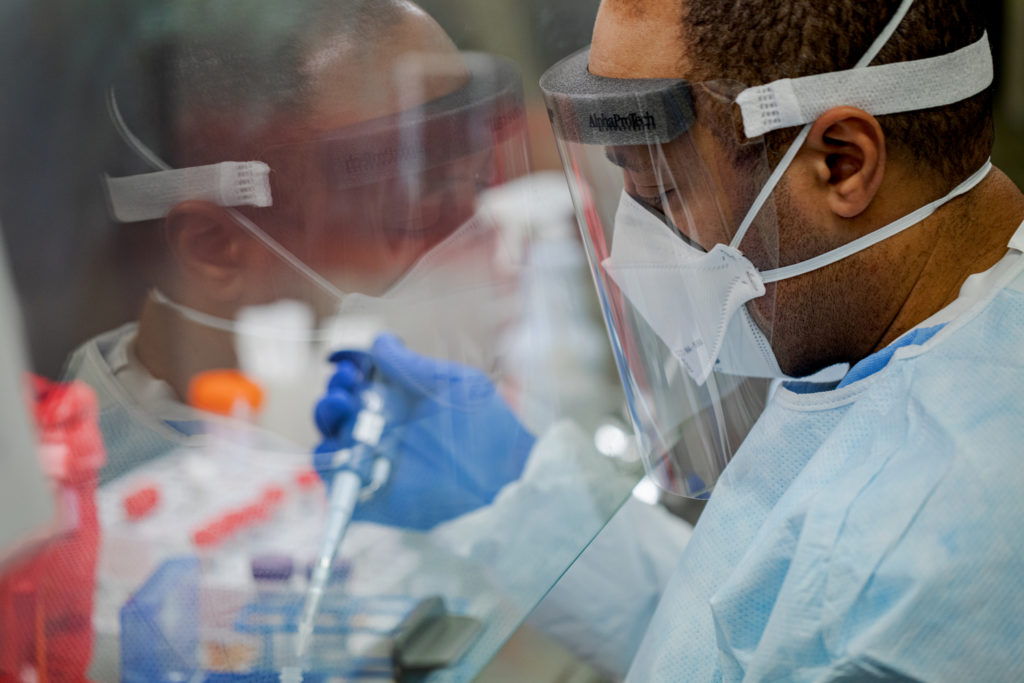 Pennsylvania Commonwealth microbiologist Kerry Pollard performs a manual extraction of the coronavirus inside the extraction lab at the Pennsylvania Department of Health Bureau of Laboratories on Friday, March 6, 2020. (Photo by office of Governor Tom Wolf)

The World Health Organization’s official declaration that COVID-19 is a pandemic serves as a powerful reminder for us all of how connected we are as a planet. The measures adopted in Asia and Europe inform the local response to the virus, as America starts to see an increase of cases and implements plans to slow down the rate of infection.

Our global fellows and Report for America corps members have been reporting on the pandemic from multiple angles, helping their audiences understand the scope of the pandemic and its effect on their community and lives.

The combination of global and local perspectives provide a comprehensive look at this emergency that contributes the conversation around containment and effective responses to the spread of this threat. Here are some highlights from their coverage:

A global story playing out locally

Click on the map below to explore a timeline of reporting by corps members.

Want to support local reporting like this? Give to newsrooms today!

*Correction: In an earlier version of the April 2 update, Adam Wagner was said to work for the Charlotte Observer with a link to that publication’s version of his story, when in fact he works at the Raleigh News and Observer. 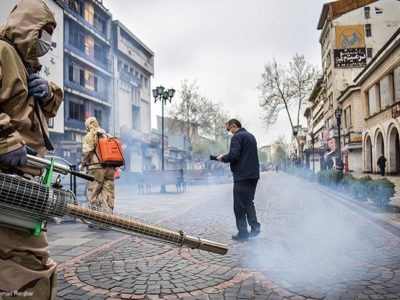