The Exodus of Refugees: History in the Making 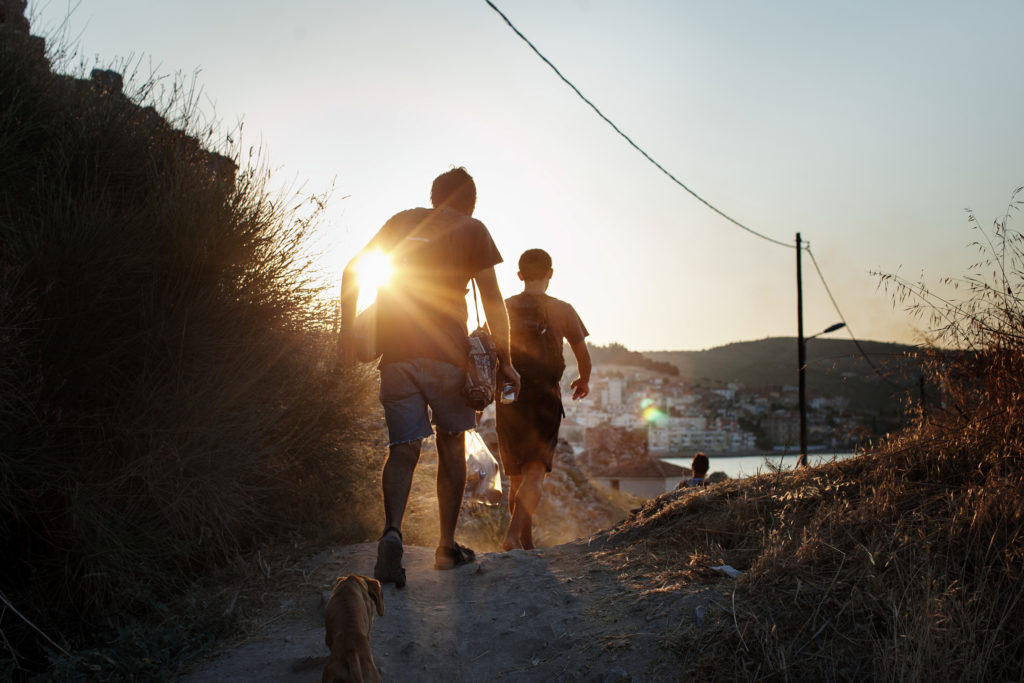 The migration of people tells the history of the world.

Migration has been our shared narrative since biblical times. In the Hebrew Bible, Exodus tells the story of Moses leading his people to flee bondage. In the New Testament, tradition holds that after the birth of Jesus, the Holy Family fled into Egypt to escape persecution. And immigration, including the migrant journey of the Prophet Mohammed, is a central part of the teaching of the Koran.

Closer to home, the American experience is a grand weave of migration stories from the pilgrims fleeing religious persecution in England to the successive waves of Irish, Italians, Polish, Latinos and so many others all searching for a better life.

So migration is as old as this planet, and as modern as the political debate swirling around the 2016 presidential election. But there is no question that the wave of refugees through Europe this summer is modern history in the making.

Not since World War II has Europe seen such a vast wave of humanity fleeing war in search of stability and hopefully opportunity and maybe someday a form of freedom.

Around the world, the number of people who have been forced to leave their homes due to war, famine, drought and a myriad of other calamities has never been higher, according to a United Nations’ report released Friday. They come mostly from war-ravaged Syria, but also from Afghanistan, Somalia, South Sudan and elsewhere. Increasingly, climate change is playing a role in the movement of migrants around the world through severe weather conditions such as drought and flooding, and at times resource shortages caused by climate change can also exacerbate conflict.

‘It is easy to portray refugees as the other and as invaders from a foreign land. I see it in a completely different way…’

The number of migrants has “far surpassed 60 million” for the first time, reads the report by the U.N. High Commissioner for Refugees (UNHCR.)

In a statement announcing the report, the UNHCR added, “In a global context, that means one person in every 122 has been forced to flee their home.”

This dramatic moment in history requires our craft of journalism to be better at telling the story of migrants and refugees and the complex intersection of conflict and climate change that often contributes to these mass movements such as the one we are seeing out of the turmoil of the Middle East and into the relatively free and open society of Europe.

We, as journalists, need to be more analytical in assessing the humanitarian efforts that seek to help these refugees. Are these efforts effective? What tensions to they create in the host communities who receive them? And what could humanitarian organizations – and all of us – be doing better to help refugees fleeing for their lives.

‘As I was witnessing the journey of the Syrian refugees I was following, it reminded me so much of the stories my grandmother told my brother and me.’

Christopher Lee and Oscar Durand are the recipients of the GroundTruth fellowship on the Syrian refugee crisis. And I will be setting out alongside them and field editing a project that we will be producing together about those refugees left behind in the sprawling camps in Jordan and Lebanon as another long, bleak winter sets in.

During a two week journey carried out in partnership with World Vision, a leading non-governmental organization that provides humanitarian aid, we will focus on telling human narratives in these refugee camps bordering Syria, with a particular attention to the stories of women and children.

Lee and Durand are both early in their careers, but have demonstrated a serious and lasting commitment to visual story telling about refugees. It’s worth noting that both journalists hail from families with immigrants stories of their own, a personal connection to the reporting that both feel is important to the way they tell the story and why they feel drawn to the human narrative of migrants on the move to seek a better life.

Lee has done a powerful body of work on refugees, including a photo essay that is part of our Emerging Photographers’ series. His essay tells the story of three Syrian friends making the journey from Turkey to Germany.

View the photo essay, “Syrian Exodus,” as part of our “Emerging Photographers” series

Lee said, “As I was witnessing the journey of the Syrian refugees I was following, it reminded me so much of the stories my grandmother told my brother and me. The stories of how she fled to South Korea during the Korean War as a refugee, pregnant with my aunt. Looking back, it’s unbelievable how much she, along with my parents, risked and sacrificed to allow me to be here, doing what I do now.”

Durand, whose family came to the U.S. from Peru, is the co-producer of an 11-minute video, which followed a young Syrian man as he made the dangerous journey from Turkey to safe haven in Norway.

Durand said, “For me, immigration is at the center of my family’s history. My father migrated to the United States when I was 12. This decision gave me access to better education and many other opportunities that ultimately made me the person I am today. The decision of leaving one’s home is never easy. But the desire to seek safety and and a better future for one’s family is very powerful. When I moved to Turkey in early 2015 and met many refugees, their life stories resonated with my own. Of course their reasons for fleeing their homes are different than my father’s, but they are in many ways connected.”

“It is easy to portray refugees as the other and as invaders from a foreign land. I see it in a completely different way. I see them as humans that, just as my father, are doing everything they can for a better future for their families. A country that can really do more about the refugee crisis is the United States. So it is important to show these kinds of stories and show refugees in a more human and relatable way. After all the United States is a country of immigrants and the concept of taking in refugees shouldn’t be such a foreign idea, regardless of origin and religion,” Durand added.

Speaking of the three young men from Syria he focused on in his photo essay from this summer, Lee added, “I think we, as members of the media, who are given the opportunity to tell the stories of those fleeing from death and persecution in their home countries, have the responsibility of show Americans (and the world) that people like Asaad, Majd and Mahmoud are not a threat or “the other” but are people that are working to achieve something that we all have a right to: the best life possible. And as soon as we turn a blind eye to the suffering of people, we lose a big part of what makes us human.”