Covering loss, even as it comes to your own door 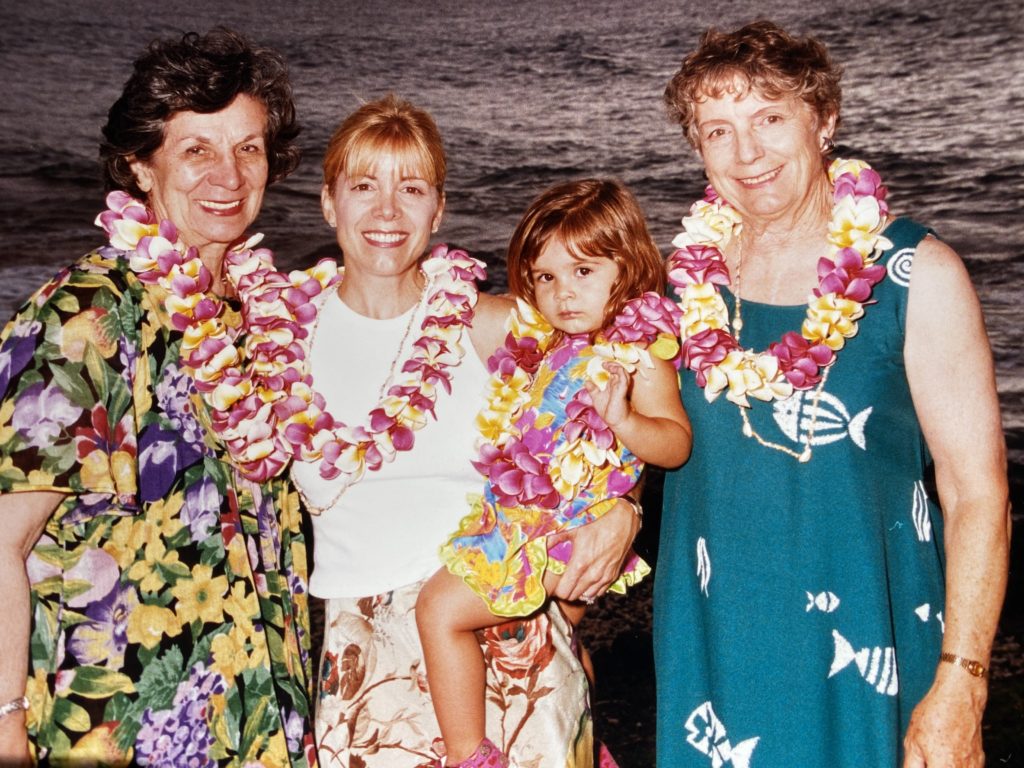 In a wrenching coincidence that seemed made for 2020, journalist Sophia Eppolito lost both her grandmothers in four months last year. Neither had COVID-19, and both lived well into their 90s. (Photo courtesy of Jim Eppolito)

This dispatch is part of a collaboration with The Associated Press as part of our series On the Ground with Report for America, a GroundTruth initiative supporting journalists in community newsrooms across the U.S. including the AP’s state bureaus.

SALT LAKE CITY (AP) – Louise Delfino was tough as nails. She worked as a legal secretary at the same law firm for more than six decades until she was forced into retirement at 84 when she broke her leg at the office. She was my mother’s mom.

Julie Eppolito was an incredible cook. We didn’t get to see her as much growing up because she lived on the other side of the country, but I remember how she loved experimenting with food and trying out different recipes. One of her favorite things to make her grandchildren was buttered pastina — always a family favorite. She was my dad’s mom.

Last year, a few months into the coronavirus pandemic, I moved to Salt Lake City for a new job. I was headed there to be a politics reporter covering the Utah statehouse. And yes, I covered politics. Yet like most journalists working in 2020, I found myself consumed by stories related to COVID-19.

Hunched over my laptop in my new apartment, I spent weeks talking to people about how the pandemic had upended their lives and their families’ worlds. And, though I realized it only gradually, the pandemic was upending my family’s world, too.

In a wrenching coincidence that seemed made for 2020, I lost both grandmothers in four months — the only grandparents I had ever known.

Neither had COVID-19, and both lived well into their 90s. But the pandemic carved a deep, lasting impression upon the last few months of their lives — for them and for those around them.

Loss has been a shared experience this past year — for some more than others, of course. But there are few who have been untouched, whether it be through loss of financial stability, social interaction or, for many, the loss of loved ones through COVID and in other ways. We are left to mourn in a world already full of grief.

For my family, there was pain. There was distance, and heartbreak too. All the things we associate with 2020. Yet today, when I take off my journalist’s hat and put on another one — that of a granddaughter — I feel that we were the lucky ones. Even now, months after they left, I can’t help but focus on the blessings.

When the Pittsburgh nursing home where my dad’s mom, Julie, lived stopped allowing visitors last spring, my dad and his sisters were terrified that they might never see their mother again. My aunt decided to move her hospital bed into her own living room so she could ensure her mother wouldn’t die alone.

My father, who owns a small business in the event industry, was a fervent workaholic leading up to the pandemic. But when his business came to a halt last March, it gave him the freedom to travel back east and be with my grandma for the final month of her life.

Julie, my paternal grandmother, was a social butterfly who could make friends anywhere she went. But most of them lived in assisted-living facilities, so barely a dozen people came to the service when she died. They couldn’t risk the potential exposure.

“This is a woman that went to everybody’s funeral. And then when it was her turn to die, everybody was quarantining,” says my aunt, Jeri McFadden. “But,” she allows, “it could have been worse. It happened when it was supposed to happen.”

I visited my mom’s mom, Louise Delfino, for the last time over Mother’s Day weekend 2020. I can picture her sitting in a hospital bed with a newly broken shoulder and her bony knees poking through the bedsheets as she demanded my mom tell her when she would start walking again.

Louise was moved from her assisted-living facility in Napa Valley, California, to a nursing home where my mother, an only child, could wave through the window. Sometimes, she even got inside to hold her hand. My mom commuted every other weekend from Los Angeles to see my grandmother and had to fight every time for the chance to spend 30 minutes with her while wearing full scrubs and a mask.

My mom, Cindy Eppolito, will be the first to tell anyone that losing my grandmother during the pandemic made the entire process a thousand times harder. Yet being there with my grandmother when she died, and knowing that she no longer has to live through such a chaotic time, has been, my mom says, nothing less than a blessing.

“So many factors were against us being together while she was dying,” my mom says. “Now (that) she’s at peace, that pressure has lifted. I don’t have to worry if she’s safe anymore.”

For both my grandmothers, family mattered above all else. At every holiday, graduation or wedding, they made every effort to spend their time with the people they loved most. Now those milestones will pass without them. It feels wrong — especially when this year has brought us so much shared pain.

As someone who is constantly covering and living in the day-to-day tragedies of a pandemic, my instincts tell me: focus on the blessings. I think that I do so to the point that I brush off the feelings of grief I probably would have had if I had lost them a year earlier.

The coronavirus didn’t take my grandmothers. That much is true. But it still took away my chance to spend those final days with them, to hug them goodbye. Within that, though, gratitude emerges: Despite all the pain my family has been through. I’m grateful I had my grandmothers as long as I did, and I feel indescribably blessed knowing that they died when they were supposed to.

Last summer, by the time one had died and the other was down to her final days, I had been in Salt Lake City just a few months. I had packed up my 2010 Ford Escape and driven the 10 hours from my parents’ home in California to a place where I knew absolutely no one.

One recent day, I started going through a journal that I kept during those first months of quarantine. I found my entry from June 20, 2020 — the day after Julie died. I wrote about how the grief was finally starting to hit me. And I wrote about how I called Louise for support.

“As I started talking to her, I started thinking about what it would be like when she passed and I had to keep fighting back tears,” I wrote.

“I’m really glad I called her,” I said to myself. “I hope I keep calling until I can’t anymore.”

Sophia Eppolito covers the Utah state legislature for The Associated Press as a Report for America corps member. This dispatch is part of a series called “On the Ground” with Report for America, an initiative of The GroundTruth Project. Follow her on Twitter: @SophiaEppolito 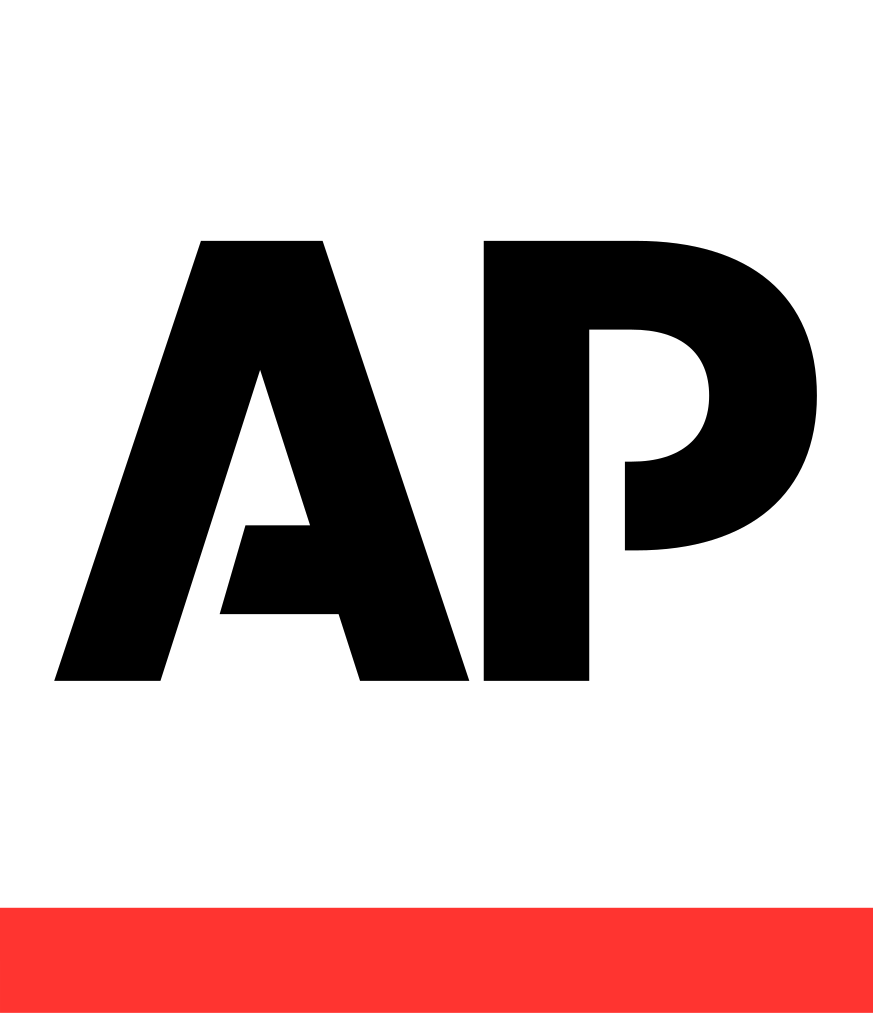 A version of this story appeared on The Associated Press on FEBRUARY 23, 2021