Live at Collision: Finding humanity in a virtual reality resurgence 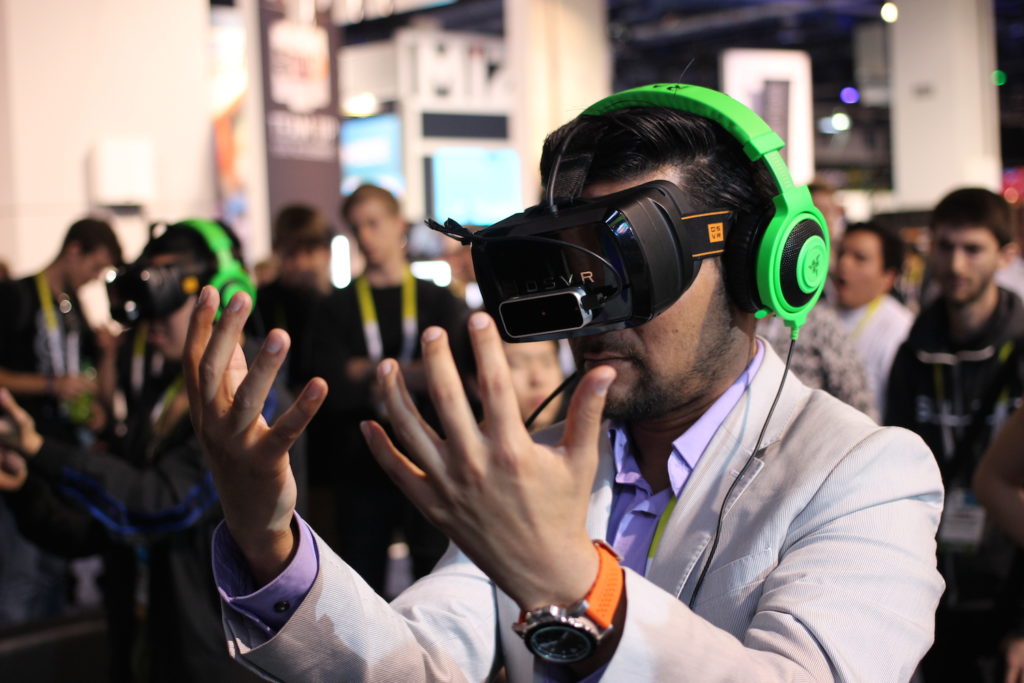 NEW ORLEANS — Patients recovering from strokes at the Johns Hopkins University School of Medicine virtually inhabit the body of a dolphin named Bandit as part of the process of rebuilding neural pathways.

Researchers at the Sorbonne are working with Egypt’s Ministry of Antiquities to photograph ancient tombs for virtual tours in the digital world of Second Life, part of a new initiative called Project Sansar.

Gamers the world over are donning headsets released by technology powerhouses like Samsung, Sony, Google and Oculus (purchased by Facebook in 2014 for $2 billion) to power the next generation of recreation.

And leaders like Facebook’s Mark Zuckerberg and Oculus CEO Brendan Iribe have grand designs on putting at least 1 billion people into virtual reality.

After years of unmet expectations, said longtime pioneers of virtual and augmented reality tech gathered for a unique conference in New Orleans this week, the VR and AR era may finally be upon us. And they are careful to note that it’s about far more than games.

“VR is going to impact almost everything. It’s going to be huge,” said Ebbe Altberg, CEO of San Francisco-based Linden Labs, which launched the virtual world of Second Life in 2003. “This is going to affect how you buy, how you sell, how you can try on clothes, how you go shopping for houses. You have gaming of course. It’s also going to be extremely powerful for education.”

Consulting magnate Deloitte Global predicted that in 2016 virtual reality tech will generate $1 billion in revenue for the first time. And Goldman Sachs expects virtual and augmented reality technology to become an $80 billion market by 2025 (the current size of the desktop PC market), with the potential to surpass television.

Hype is nothing new in the VR space, and Linden Labs’ Second Life is just one example. By 2006 it had attracted a base of several million participants who built an online economy worth as much as $100 million dollars in annual revenue before users began to abandon much of what they had built. Linden CEO Altberg is working to transform Second Life through VR technology, and announced Tuesday that Project Sansar is officially open for creatives who want to help “ democratize virtual reality as a creative medium.”

He and other pioneers like Matthew Findley, president of Inxile Entertainment, say they have reason for optimism.

“What we’re seeing now is an incredible convergence of hardware like we’ve never seen before,” said Findley, noting that more than 100,000 professionals now work on VR worldwide, many on software to run on all the new headsets. “We’re going to see VR and AR do things that are going to melt our minds.”

At the Collision conference, billed as an unconventional conference with a friendly vibe, a call for prioritizing social good in technology ran through much of the opening-day programming. The dress code casual, the atmosphere festival-like, speakers repeatedly invoked the host city of New Orleans as a place still rebuilding from Hurricane Katrina’s devastation in 2005, holding up rising tech scene here as a driver of rebirth.

“We are building the nation’s most immediate laboratory for innovation and change. We are slowly shaping ourselves to a 21st century, knowledge-based economy,” said Mayor Mitch Landrieu, addressing some of the 11,000 conference attendees from 106 countries. “We want you not only to come visit but to plant a flag and stay awhile.”

Before he was diagnosed the neurodegenerative disease known as ALS, Steve Gleason played football for the New Orleans Saints. In 2006, he entered local lore after blocking a punt against the rival Atlanta Falcons which came to symbolize the city’s post-Katrina turnaround.

After living with the devastatingly fast-advancing ALS for the last five years, Gleason is an advocate for virtual and augmented reality technology that benefits humanity.

“Without the technology I am currently using, I would be dead,” Gleason said at Collision on Tuesday, stressing the fact that medical innovation is a key driver of augmented reality technology.

Sitting in a state-of-the-art wheelchair, breathing via a respirator and speaking through a synthetic voice powered by Microsoft technology that reads his eye movements to select his words, Gleason poignantly headlined a panel called “Using virtual to face reality.”

“I’m encouraged by the tech innovation I’ve seen in the last five years,” he said. “Technology can connect us with people thousands of miles away, but it can also separate us from people who are standing right in front of us. Like any instrument of power, technology must be implemented with extreme care and wisdom. We must keep the humanity in innovation.”