Collision: New Orleans a hotspot for ‘Third Wave’ of innovation 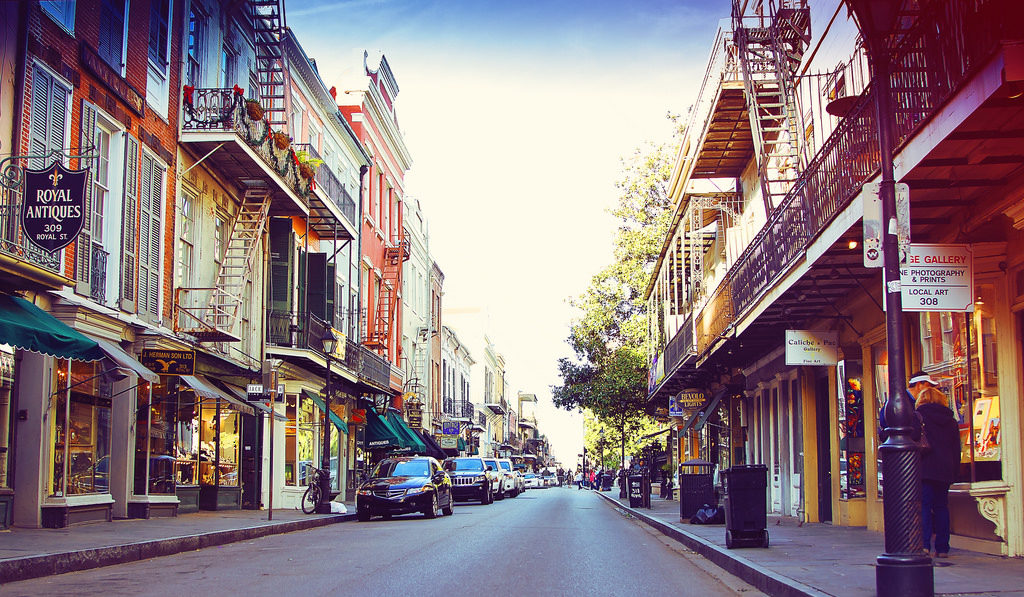 But for startups based outside the Valley focused on solving different kinds of problems, the money was never very easy.

The nearly $60 billion in VC money invested across the US last year was more concentrated in the Bay Area than ever before, with an estimated 75 percent going to three states: California, New York and Massachusetts. That has left cities like New Orleans and Pittsburgh scrapping over the remaining 25 percent.

“[N]othing against the innovation happening in Silicon Valley … but the kind of problems that people have in their everyday lives, the challenges that big industries have, are not things that necessarily the engineers, or the entrepreneurs sitting in San Francisco would understand,” said AOL co-founder Steve Case.

Part of what Case calls a “Third Wave” of innovation, the underlying philosophy for these “Rise of the Rest” cities’ tech communities seems to be: Build what the area actually needs, including tech that powers better education, transportation, agriculture, heath care and trade. That, Case believes, can drive economic growth including much-needed jobs for American cities.

“There’s more of a hunger, it’s almost like this fighting instinct,” Case said. “You see that certainly here in New Orleans post-Katrina. You see that in Detroit, it’s really trying to fight it’s way back, and as a result, they’re more open to new ideas. Another big trend that I think is going to be important in the Third Wave is impact investing, companies that don’t just focus on profit but also focus on purpose.”

Case was speaking with Launch Pad founder Chris Schultz, who splits his time between the Bay Area and the Big Easy, during New Orleans Entrepreneur Week in March.

Schultz was deeply involved in Entrepreneur Week and also helped bring the fast-growing tech conference Collision to New Orleans for the first time last month. Collision moved from Las Vegas, and will stay in Nola for at least another three years, Mayor Mitch Landrieu announced.

As the city rebuilt after Hurricane Katrina’s devastation, the mayor said, New Orleans has learned to become more innovative out of necessity.

Nola has a relatively small tech community and still has difficulty attracting financing for small businesses, according to a new report by the US Chamber of Commerce. But the report also recognized the city for “laying a foundation for successful businesses by attracting educated workers and building tech communities that encourage a collaborative culture for entrepreneurs.”

“We are building the nation’s most immediate laboratory for innovation and change,” he said. “We are slowly shaping ourselves to a 21st century, knowledge-based economy.”

At the conference, some startups were seeking funding for the on-demand, consumer convenience-oriented services that helped push the Valley into what many have called a bubble. But the deeper, more disruptive technologies on display came from other sectors, including finance, medical, virtual reality, telecommunications and space.

Though investment may be tougher to come by in the next few years, leaders from early-stage companies with large war chests shared ambitious plans throughout the three-day event:

And the winner of Collision’s Launch Pad PITCH competition was a Pittsburgh-based startup called Rorus Inc., which created a water filtration technology with global potential.

“Their water filtration pack is a simple and cost-effective means of purifying water for people around the world. Using nanotechnology, this startup creates packs that filter dirty water on the spot to assist with humanitarian and emergency relief efforts in developed and developing countries alike,” wrote tech journalist Conor Cawley.

With Entrepreneur Week and Collision now annual events here, New Orleans is cementing what Forbes called “a season for business and entrepreneurship.”

If the city can continue to grow its tech presence, it may indeed help fulfill the tech billionaire Steve Case’s vision of a “Third Wave” of tech growth.