Climbing the wall: Lessons from the investigation into a Qatari prince 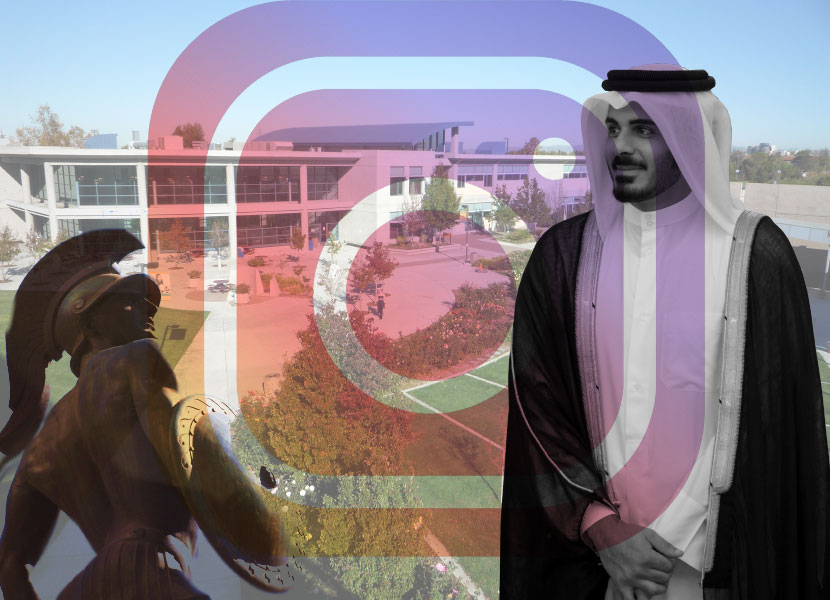 Reporting on the powerful is usually a game of cat and mouse in which journalists have to make the most of the little access they have while connecting threads that are not evident at first glance. But what do you do when the subject of your story is completely inaccessible?

Their reporting was complicated by the fact that they were reconstructing events from almost a decade earlier (the prince arrived in Los Angeles in 2011) and the story was further challenged by the threat of litigation from the royal family after they got wind of the investigation.

Read: The true story of the heartthrob prince of Qatar and his time at USC

This months-long, on-the-ground investigation exemplifies what can be accomplished even when you can’t get an interview with the primary subject. Armed with a three-ring binder and an Instagram account, the reporters filled gaps in the story with details from social media posts, public records and eyewitness interviews.

For this Navigator, we followed up on a recent conversation Ryan and Hamilton had with our friends at the New York Times as part of the ‘This Is Good’ series, and asked Hamilton to let us in on the granularity of the investigation and the time spent chasing the prince’s shadow across L.A.

Responses have been edited for length and clarity.

GroundTruth: During the conversation with the New York Times staff, you said that you began the investigation by “scrubbing.” Can you explain what that means?

Matt Hamilton: When I refer to scrubbing, it’s basically a deep dive on a person. Everything they might have written or been involved in. So I look at LexisNexis and other databases like that to figure out addresses, past addresses, phone numbers and emails. If they’ve ever been written about in news stories, [we] collect those, print them out, start reading them and making those binders of background material. We look at if someone has ever been sued, or been involved in court actions and pull those records wherever they may be, and start reading those and making a list of who the attorneys and other people involved in those cases are; family court; any kind of bankruptcy proceedings – those can be good resources for reporting. Internet archives [like] Google Book is a great resource. [You can] search books that might not come up in traditional results.

Facebook and other social media searches, [to figure] out a person’s profile and profiles, or Instagram accounts, and start looking through there … to get a sense of what a person is posting, what types of locations they’re posting now, what type of content. It’s part of that initial desire to know the terrain and it can be done at any time of day because it’s a lot of online research. Before you even start making phone calls or door knocks, you just want to know the universe of information about someone, or … what’s available so that nothing comes up that is surprising. You get a good idea of how to structure, or map out what reporting remains to be done.

GT: One element that really stood out in this story was the use of the Instagram of KHK. What are the benefits of looking at someone’s social media posts?

MH: I think a benefit of Instagram is if you know who someone’s friends are, or associates, and also have access to their accounts, you can sometimes triangulate different images to get a sense of when events occurred and who was involved and see the same thing from different angles. I think that can be very helpful. It’s also just a reflection of … an image they want to put out into the world. It’s literally an image they want to [share] to the world when you have a public account with hundreds of thousands or more than a million followers. So it’s a reflection of a desire that the person [has] an image they want to put forward. And I think that’s also just very telling when you’re trying to read a situation. It’s physical evidence, if you will. And I think that’s just good, you know, reporting for any kind of institution or figure that you’re writing about – you get a flavor for what they want visible to the viewing public.

GT: As you’re collecting these details – photos from Instagram, names, public records – are there any specific apps or tools that you’ve found made your life easier by organizing that information?

MH: I just find keeping a binder with an accumulation of things you find – like a physical binder that I can look at – it’s sometimes just the easiest [to organize]. And then I’m not wed to searching a system on my computer or a system in my email … It’s not spread out and fragmented.

That’s just a general practice, not specific to the story, but otherwise things can get unwieldy and difficult to manage.

GT: So just an old-school binder?

MH: Yeah. As long as you have a three-hole puncher, you can just add it in.

GT: You also mentioned doing a lot of old school door-knocking. In a time when we have so many ways to contact potential sources what’s the value of just going up to somebody’s door and seeing who’s home?

MH: First of all, it’s a little more difficult to say no to someone who you’re looking at in the eye. It’s much easier to dismiss a phone call, or ignore an email or text message. Whereas, in person, there’s so much more depth of communication. You can establish trust a lot better. You can read body language. You can ask follow up questions more easily and get a sense, just generally, about a person and what makes them tick. And I think it is just a quicker way to just go straight to a person rather than to … use more indirect, or impersonal means of communication.

GT: Did that strategy of door-knocking change during the pandemic?

MH: We did … a good amount of our reporting was before the pandemic was in its most intense lockdown periods … but I think the flip side of the pandemic is a lot of people are home. So you know where they are. I have found, just generally speaking, on the various stories that I have worked on, that it has actually been easier to reach people, because you know where they are. In terms of them having time to talk, before the pandemic, people sometimes are traveling or there in the office or in some other location, it can be very difficult to figure out, whereas right now most people are home. So, there’s not a lot of guesswork involved.

GT: You didn’t ultimately get an interview with KHK, the subject of the reporting. But you were in contact with the prince’s proxies and you did let them know what you would be reporting about. What’s the obligation of a journalist to share that information with someone being investigated?

MH: I think it depends on the story, but we felt like we have to err on the side of sharing voluminous findings and posing a lot of questions. And I think it’s in the interest of fairness and accuracy. We want the person on the receiving end to know what the scope of the story is, to be given every opportunity to correct it or respond to it or give their view of what happened. Sometimes for different beats or different subject areas or different types of stories, I think that practice might be different. On a daily or breaking news situation, of course. Investigations like this that are built on accumulated reporting over a long period of time, we want to make sure they know what we have uncovered. I don’t want them to read a story and tell us this and that’s wrong.

GT: You said you hit a wall about two to three weeks into the investigation. How did you get over that wall and keep going?

MH: I think whenever you hit a wall in reporting, it’s a good practice to look over everything you have, revisit people you’ve already talked to – just do a global reassessment of what’s been done. I try to always review records we’ve already received, review interviews we’ve already done, because I think sometimes hitting that wall is just not seeing a connection that’s right in front of you. You really want to reassess everything, and try to see if there’s something that you missed, or if there’s someone you need to talk to again, or something that you may have overlooked.

GT: As you’re collecting all of this information are you already starting to think about how the story will be structured? When in the investigation does the writing begin?

MH: Generally speaking with investigations, the writing is such a difficult process because, if you wrote everything you did, an investigation would be like a dossier. That wouldn’t be terribly interesting. [There are] discussions about what the story could look like – this could be an interesting arc or this could be an interesting detail – but we generally wait until we have an accumulation of findings that are corroborated and verified before we start writing, because I think otherwise it’s just not a good use of your time…. Also, we just don’t want to come to any conclusions or findings prematurely. So just to keep an open mind and look at the evidence, and look at what you’ve uncovered. Getting involved in the writing too early can be confusing and hinder you ultimately, so I think waiting to write and waiting to really think about structure has actually helped. Because so much of the reporting will determine the structure.