ON THE GROUND IN CHARLESTON, WV

Children were going hungry in West Virginia. COVID-19 is making it worse. 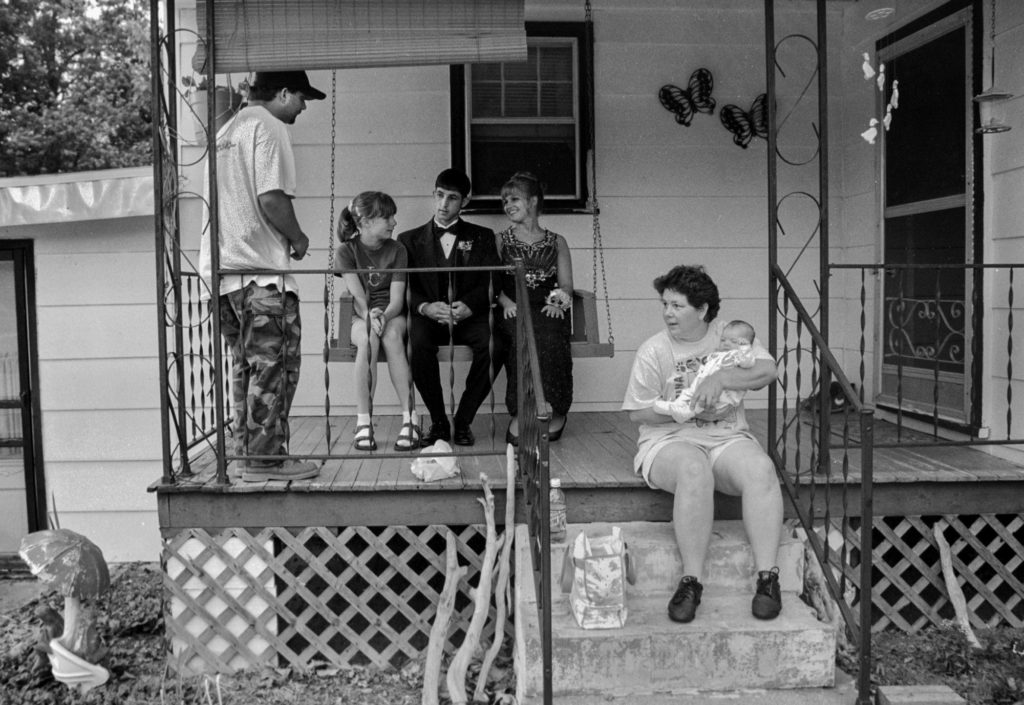 This dispatch is part of a project exploring the dimensions of daily life in West Virginia, “coal country” as it’s known, where chronic job loss has affected every aspect of life since the industry’s decline began in the 1960s. For generations, communities have grappled with teacher shortages, homelessness, business closures and food insecurity, problems that worsened when the coronavirus struck in March and West Virginians began to see their children go hungry.

CHARLESTON — Jessica Smith, a 39-year-old mother of two, lives with her family in the small town of Belle, West Virginia, about six miles from a local high school where nonprofit groups are providing free boxed meals to needy families. But, like nearly a dozen other area families who qualify for the program, Smith does not own a car, making it virtually impossible to leave her isolated home to get food.

“We’re just stuck with no way to get lunches,” said Smith. “I’m having to scrape up stuff for my kids … my son seems like he’s never full.”

When West Virginia schools abruptly closed March 13 because of the pandemic, education leaders, churches and nonprofits scrambled to figure out how to feed kids in one of the country’s poorest states. School lots turned into drive-in feeding sites, bus drivers dropped off meal boxes to kids hidden in hollers, the National Guard assisted in food handouts and nonprofits sprang into action. State officials said they served one million meals to students in a single month.

Then summer came. The feeding sites dropped off as the school year ended, and COVID-19 barred the opening of summer camps and tutoring programs—food lifelines for children—creating a difficult logistical challenge for those providing aid to food insecure families.

Statewide, nearly 70% of West Virginia students qualify for federally-funded free or reduced cost breakfast and lunch based on their family’s income, an indication of the state’s chronic poverty. Because so many students are eligible, West Virginia provides free meals to all students in 43 of its 55 counties, making it a national leader in school meals.

Because of the coronavirus crisis, the state has at least one summer school feeding site in each county for the first time in its history, but they can be hard to reach for about 9% of West Virginia households that did not own a vehicle in 2018. School budgets don’t typically provide funds for hiring bus drivers for meal delivery, a service especially crucial for the Smiths and other families without cars or public transit access in the state’s many isolated mountain communities. So children remain hungry.

“I’m going to use my gas money to take food to those families who can’t get out,” said Stormy Malick, a student support specialist in Preston County, in the northern part of West Virginia. Malick works with her area’s most vulnerable students, such as those experiencing homelessness, and volunteers to deliver food to those in need, especially single mothers. “If you can’t get to the feeding site then your kids go hungry.”

Poverty and food access are not a new problem in West Virginia, a state plagued by opioid abuse and an economic downturn following coal’s decline. But the pandemic has served as a reminder of the all-too-easy association between child hunger and Appalachia: one in five children here struggle to access food on a regular basis, according to Save the Children’s recent report, and the global nonprofit ranked the state 42nd in the country for childhood hunger.

Gov. Jim Justice, who announced a state-backed map of school and nonprofit feeding sites, said West Virginia is “knocking it out of the park” when it comes to feeding kids this summer, but in reality the state’s feeding plan revolves around inaccessible sites and an overreliance on cash-strapped organizations. Advocates said the tiniest fraction of the state’s $1.25 billion in CARES Act funding, if used to fund food bus driver deliveries, would make an enormous difference in kids’ lives by removing the burden of access to school sites for many West Virginians.

Advocates of Food for All, a program of the West Virginia Food and Farm Coalition, are pushing Gov. Justice to invest federal dollars in the state’s summer feeding program and initiate a transparent plan between state, schools and nonprofits to address child hunger. They contacted the governor in April and June with their concerns. His reaction: silence. To date, Justice hasn’t spent a dime of the state’s CARES Act funding on summer feeding.

“We’re saying it is the state’s responsibility (to feed kids),” said Seth DiStefano, a policy expert with the West Virginia Center on Budget and Policy and a member of the Food for All Coalition.

Citizens such as Malick are taking action where state leaders haven’t. Michael Tierney, who runs the nonprofit Step by Step, works from the state’s coalfields with some of West Virginia’s poorest children, providing education, mentoring and food to students. His organization joined with other community-based groups to fill the gaps left by the state when it asked under-funded schools in his area to continue feeding kids throughout the summer. So the nonprofit is paying a school system to use its bus drivers for meal delivery to a handful of affordable housing complexes in Charleston, the state capital.

As the pandemic continues to devastate both West Virginia city centers and its most isolated areas, the ability to sustain volunteer numbers and non-profit efforts are an increasing concern. It remains unclear whether federal assistance will help child feeding programs make it through the year. West Virginia is heavily reliant on its mostly elderly population to run its volunteer food pantries and summer programs — that same population facing a greater risk of COVID. That same population makes up an alarming number of primary caregivers in a state capitulating under the opioid crisis with the most child removals per capita in the country largely because of neglect and abuse related to parental drug use.

Combined with low-wage jobs, an increasing unemployment rate amid the state’s declining coal economy, a lack of grocery stores because of a dwindling population and widespread reliance on government assistance, West Virginia was in dire need of state intervention even before the unmitigated crisis wrought by the pandemic. Yet the state legislature failed multiple times to pass legislation that would have required school districts to survey student feeding needs and secure a plan if kids were out of school for an unexpected duration, such as that caused by COVID-19.

“The bottom line is there are students no one has heard from, and that’s alarming,” said Jenny Anderson, who leads Families Leading Change, a West Virginia nonprofit that helps parents get involved in their kids’ schools. Anderson warned state leadership about the holes in its plans to get food to students, and she was among those who advocated for legislation that would have helped schools know the food amounts and delivery logistics ahead of a crisis. She is now connecting families in distress with local food resources through social media. “Are they getting fed? Are they getting cared for? We don’t know.”

It’s uncertain how many children in West Virginia are going hungry. While nonprofits have taken steps to calculate the number of kids missing meals, the state has yet to require an assessment of how many children are in need of food this summer.

The pandemic has created many uncertainties about the upcoming school year, here and around the country. But one thing is clear: Unless the state takes action, many children in West Virginia will continue to go hungry.

Amelia Ferrell Knisely covers poverty for Mountain State Spotlight, a new nonprofit investigative newsroom set to officially launch in September. This dispatch, in partnership with “On the Ground” with Report for America, an initiative of The GroundTruth Project, is part of a months-long report on child hunger in West Virginia. Follow her on Twitter: @ameliaknisely.