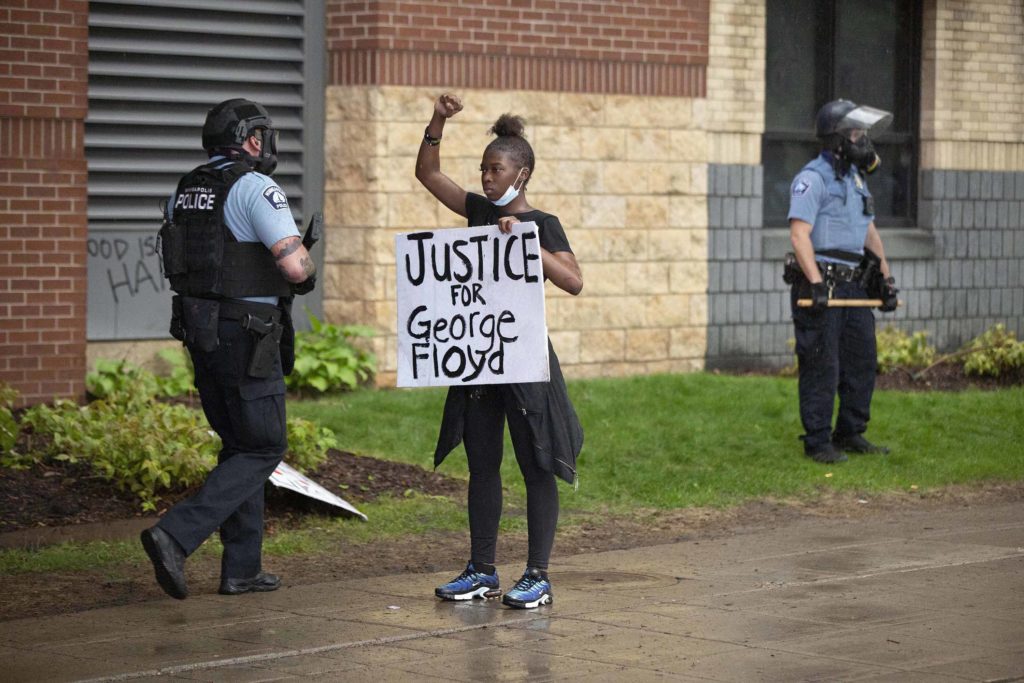 Police in riot gear walk past a protester demanding justice for George Floyd, who was killed by Minneapolis Police Officer Derek Chauvin on May 25, 2020. (Photo By Chris Juhn/GroundTruth)

The killing of George Floyd in Minneapolis last year reignited America’s racial reckoning with a momentum unseen since the embattled days of the Civil Rights Movement. As hundreds of thousands of protestors took to the streets nationwide, issues like police reform and the disproportionate impact of the COVID-19 pandemic on communities of color were brought to the forefront. Throughout this turbulence, the value of representation—from the halls of power to classrooms to the press—was plainly visible thanks to on the ground reporting in communities across the nation.

This Black History Month, we continue to trace and measure it.

Since its inception, Report for America has sought to multiply the impact of local reporters on under-covered communities, from Sam Bojarski’s reporting on Haitians in Brooklyn to the work of Hibah Ansari’s immigration policy coverage for the Sahan Journal. A recent string of stories by MLK50’s Carrington Tatum, tracking South Memphis’ response to a proposed oil pipeline that threatens to displace a historic community, is a powerful example of what local reporting can do to increase accountability and mobilize communities to action.

Our corps members are among thousands of reporters filling the gaps between the people and their leadership. Through their work, they sustain the intent not only of the First Amendment, but the establishing tenet of the Constitution itself to form “a more perfect union.” This Black History Month, we’re reminded of that solemn effort as Report for America’s journalists coast to coast report on ever-shifting communities and the oft-ignored issues defining their daily lives.

Here are some impactful stories about and by the Black community nationwide:

In addition to Report for America’s dedicated Afro-American beat coverage, from Memphis and Henrico County, Virginia, to Indianapolis and Charlotte, we celebrate the Black-owned and operated news organizations—some newly established, others historic—making a mark on communities nationwide. Among the new year’s growing slate of Report for America’s partner newsrooms are some newly established and historic members of the Black Press, all working to sustain representative news and serve under-covered communities. Learn more about these publishers in this interactive story map: 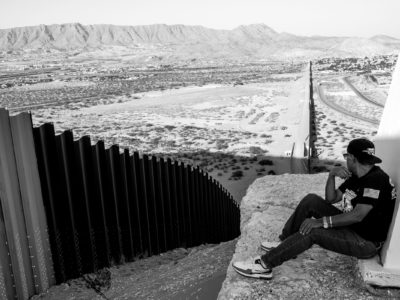