On Canyon Crest Drive in Riverside, California, sits Jammin’ Bakery and Café, a sandwich shop that recently closed. It is one of the latest casualties of the coronavirus pandemic.

Paulette Brown-Hinds, publisher of Black Voice News, was a regular at the bakery and on Valentine’s weekend hosted a virtual farewell for people who’d read from its chalkboard menu and sat at its rustic wooden tables and outside rounds for many of the café’s 25 years.

As head of one of the most prominent Black newspapers in southern California, Brown-Hinds is a fixture in the community. So is her family’s publication, like the hundreds of other Black publications that have for nearly two centuries told the stories of Black lives, achievements, aspirations and racial inequality when conventional publications ignored those communities.

This year as America’s Black press celebrates 194 years since the founding of Freedom’s Journal in 1827, the sector is enjoying a renaissance fueled in large part by the murder of several unarmed Black men and women at the hands of police officers and the protests and calls for justice that ensued.

Across America, newspapers continue to battle declining circulation — which in 2018, according to the Pew Research Center, fell to its lowest point since 1940. The Center also reported that newspaper advertising fell 62% between 2008 and 2018, from $37.8 billion to $14.3 billion, respectively, with employment declining 47% during the same period.

While newspapers throughout America have been devastated, Black-owned and operated publications have suffered disproportionately, with hundreds closing and others hanging on by a thread. At issue is not only declining readership and advertising dollars, but increased printing costs, a lack of resources such as technology and reporting and editing talent.

Black media has long been a staple of Black and immigrant communities that have often had to rely on these newspapers to inform them of stories significant to their communities. But years of economic hardships and a failure to modernize have left many of the newspapers a skeleton of their old selves. Until recently.

Following increased attention on racial inequality in the United States. and a call in Black communities for more news by and for African Americans, funders are beginning to focus their attention — and dollars — on helping support the Black press.

“I see the support,” Brown-Hinds said. Black Voice News’ income has doubled in the past year, in large part because the publication has diversified its revenue from just advertising to also include grants, and the company is moving toward sponsorship. Brown-Hinds said she has not seen such support from advertisers, funders and the broader community in the four decades that her family has owned the paper.

“Some of them did not know we existed,” Brown-Hinds added, whose family took over Black Voice News in 1980. “With the conversation about Black inequality, there is an interest and support and an acknowledgement of our value to the community. The larger community is recognizing us. We have always had the support of our communities and we have always been doing the work — some of us for decades, some of us for centuries.”

According to Tracie Powell, program officer for the Racial Equity in Journalism (REJ) Fund at Borealis Philanthropy, a group of people of color who worked at major funding organizations found that the bulk of dollars was going to white media organizations and was not reaching Black-owned publishers.

“I do think that COVID-19 and the racial uprising following George Floyd’s murder also contributed to turning more attention to these organizations,” Powell said.

But even before Floyd’s death, Borealis, backed by the Ford Foundation and Democracy Fund, poured $2.4 million into the Black press and other outlets run by people of color.

In June 2021, Report for America will onboard an additional 12 Black-owned newsrooms to bring the total to 16 that will receive a reporter or photographer to do local news coverage in their communities.

Report for America pays up to $25,000 of the reporter’s salary, a critical resource for newsrooms hamstrung by a lack of reporters and editors.

“These publications are of the community and by the community,” Powell said. “And it’s not just Black press. These publications reach immigrants from all over. ‘BIPOC-led organizations’ is a more suitable term and recognizes the intersectionality that these news outlets represent.” Borealis, said Powell, invests in BIPOC (Black, Indigenous and other people of color) because the service they provide is critical. “We represent the diversity that is America.” she said.

“Newsrooms like ours sometimes lack the capacity to vet and hire talented people to help tell stories in underserved and marginalized communities,” said Jiquanda Johnson, founder, publisher and editor of Brown Impact Media Group, which publishes Flintbeat.com, a Report for America newsroom and benefactor of a Borealis’ REJ Fund. “Through Report for America we were able to bring a very talented photographer to Flint, Michigan, to invest in visual storytelling in a city where people said they felt like they didn’t [see] people who looked like them in the news unless there was a crime or something related to sports or Flint’s ongoing water crisis.

“If it was not for Report for America I would still be hitting the streets in Flint pretending to be a photographer but never quite capturing the story that needed to be told visually,” Johnson said. “In 2020, we raised more money than we ever have. I would like to think that it was a combination of efforts in our newsroom including being able to have better story packages for our work.”

“Of all the presidential candidates in the 2020 election, Mike Bloomberg just made the largest single political ad buy in the history of the NNPA,” Dr. Ben Chavis, president and chief executive of the National Newspaper Publishers Association (NNPA), an umbrella group for the Black press, was quoted in the Houston Defender as saying at the time.

Aaron Foley, director of the Black Media Initiative at the Center for Community Media at the Newmark Graduate School of Journalism at the City University of New York (CUNY), said the increased interest in the Black press can be attributed to several issues.

“I think there are now multiple things that are going on, one of which is you have a new generation of Black journalists who understand the importance of identity and may not be able to get that in a mainstream newsroom,” Foley said. “So, they are going out and starting their own thing.”

Among the start-ups are Push Black, which reaches more than 8 million people on social media; MLK50, an award-winning digital nonprofit focusing on the intersection of poverty, power and policy in Memphis; and The Triibe, a digital platform designed to “reshape the narrative of Black Chicago,” according to its website. All are REJ Fund grantees, and MLK50 is a Report for America newsroom.

“Here at CUNY, a lot of Black students are interested in working for the Black press and I think that’s a byproduct of what happened last summer,” Foley added. “I think there is a heightened interest in students wanting to go to a place that is Black-owned or whose primary target is African Americans.”

The Black press, whose publishers are significant figures in the Black community, has long held on to producing its often-weekly printed editions to satisfy consumers used to picking up the publications at local Black businesses, particularly Black churches as well as funeral homes and convenience stores. Many of the more than 200 Black legacy  publications have been slow to embrace digital platforms, but are not well-informed. But that is changing, with the introduction of newer digital outlets.

“The Black press has not turned that corner into digital. And the ‘New Jacks’ [media companies led by more digitally savvy journalists] have fully embraced it,” Powell said. “The New Jacks know how to scale, whereas the legacy needs some training in that.

“They are still highly focused on putting out their print product,” Powell added. “COVID has finally, finally opened the eyes of some legacy publications. You can print all the papers you want but if no one can read them, then what? They know they have got to adopt these digital lessons their children and grandchildren are teaching them.”

Foley agrees. “Old school Black media need to listen to their younger staffers. Be open to new ideas in addition to the things that are already going on,” he advised, adding that the Black press needs additional funding and greater collaboration among themselves and with predominant publications.

In 1999, 27 years after the newspaper was founded by Black students at the University of California, Riverside, Brown-Hinds took Black Voice News online. It was the first Black publication on the West Coast to have a website.

“There have been a lot of conversations about the Black press and it’s been great,” Brown-Hinds said. “A lot of people have been interested in it now.

“In the community, the need for systems change and structural changes and changes in discrimination disparities — that is something we have always shed a light on and will continue to shed a light on.”

Brown-Hinds, who calls the Black press a “public good,” said the growing interest in the hyper-local news organizations will aid in their longevity.

“The impact in our communities has been civic leadership in a way that you don’t see in other community news. There is a civic leadership role that Black publishers play,” Brown-Hinds said, laughing at the suggestion that Black ministers and funeral home owners have long enjoyed a unique level of celebrity in Black communities. “It’s so true — ministers, publishers and funeral home owners. Our role is different than you would see in mainstream media leaders.

“It is our civic duty to make sure the Black press survives. You are going to make it work. It’s not about the money for so many of us. You find ways to make it work because it’s an important institution in each community,” she said.

Alison Bethel McKenzie is vice president of Corps Excellence for Report for America, managing a team that oversees the organization’s newsroom partners and the emerging journalists who work for them. 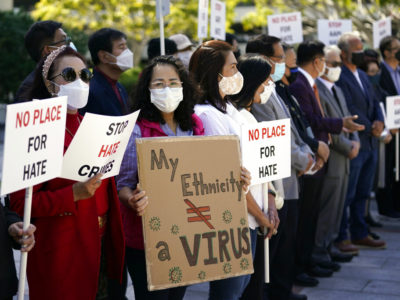 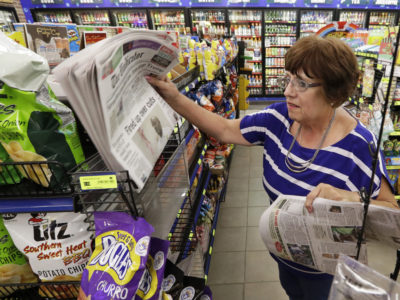