What these 100-year-old women teach us about beauty 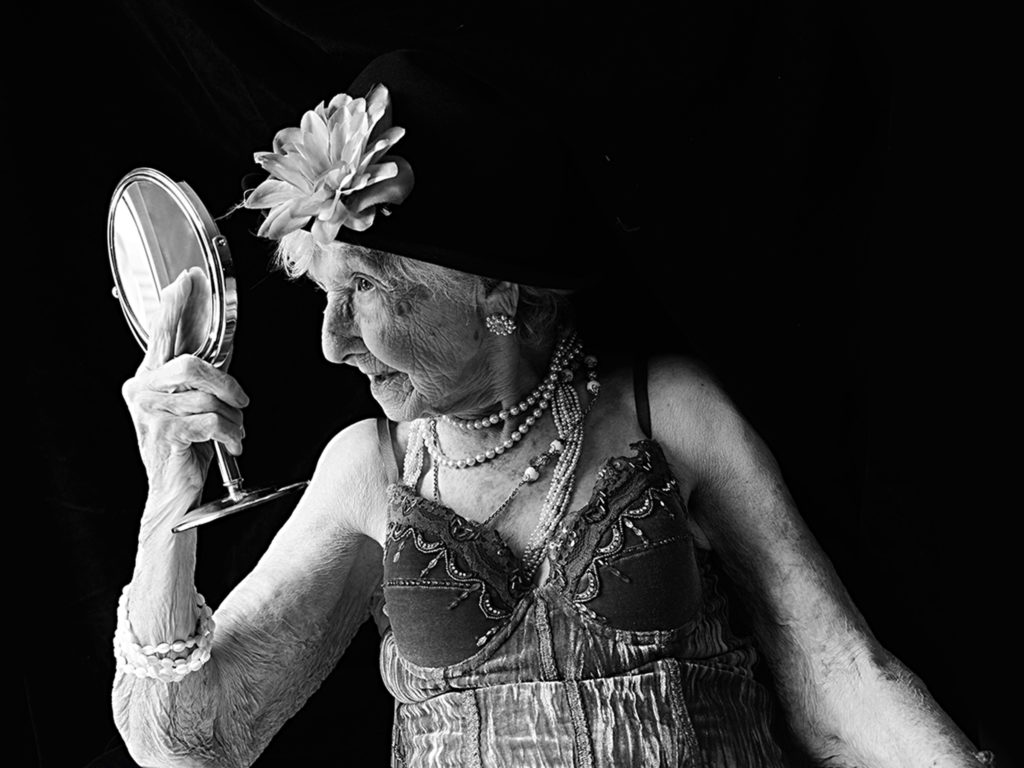 "My father was a painter and craftsman and he shared his love of art with me. I believe that everything that is artistic is beautiful: theater, picture frames, poems, paintings, flowers, songs. In a person, it's the character, the silhouette, the smile and the eyes that count. That said, my biggest regret is not getting an education. Doors open for you when you're educated. Otherwise you feel shame. Regardless of the situation, I would advise young women to educate themselves." Marie-Berthe Paquette, 102 years old, Montreal, 2016. (Arianne Clément/GroundTruth)

When I started shooting this story, I wished to talk about elderly women’s conditions in general, but I had no clear idea about what angle I was going to take. I took pictures of nothing and everything surrounding these centenarians from the Montérégie region, Québec, Canada. But one thing kept occurring: every single woman I photographed wanted to groom herself to make sure she would look good in my pictures. This is how it became a story about beauty.

I became interested in the efforts that these women put (or didn’t put) into looking beautiful, and the challenges that they face in their old age. I asked them about youth, aging, feminism, sexuality, charm, appearance, love, and I documented their beauty rituals.

Visiting Marie-Berthe, the woman in the first photograph, was an unbelievable spectacle. She likes to be the center of attention and is willing to do about everything to make her audience burst out laughing. Every time I visited her, she told me funny stories, sang and danced. In her portrait, she is dancing in a sexy and provocative way for the sake of her audience (myself and two family members).

To me, the third photo is particularly touching. Laure Provost, the centenarian in the picture, was very sick and weak but also very peaceful and serene. She didn’t have the energy to move or talk, and even though she used to be a very stylish woman, I doubt she cared about the way she looked anymore. But even though Laure seemed distanced from the physical world, her daughter, Lise, continued to make sure that her mother looked good: that her nails and hair were done and that she had jewelry and lipstick on. She knew this used to be important to her mother and wanted to honor her. Since they couldn’t communicate verbally anymore, these rituals were their way to stay close together.

Through these portraits, I want to questions society’s obsession with youth and beauty standards, and to give a voice to these women whose beauty is rarely acknowledged.

While working as a journalist in the Canadian Arctic, Arianne Clément began dabbling in documentary photography. This experience inspired her to pursue a master’s degree in photojournalism at the University of the Arts of London, where she graduated with honors. During her numerous trips abroad, Arianne developed a photographic style that combines art, documentary and social awareness. She now focuses almost exclusively on senior citizens. Her work with the elderly has been exhibited internationally and has won many grants, prizes and awards.