Call for Applications: Report for America in Appalachia 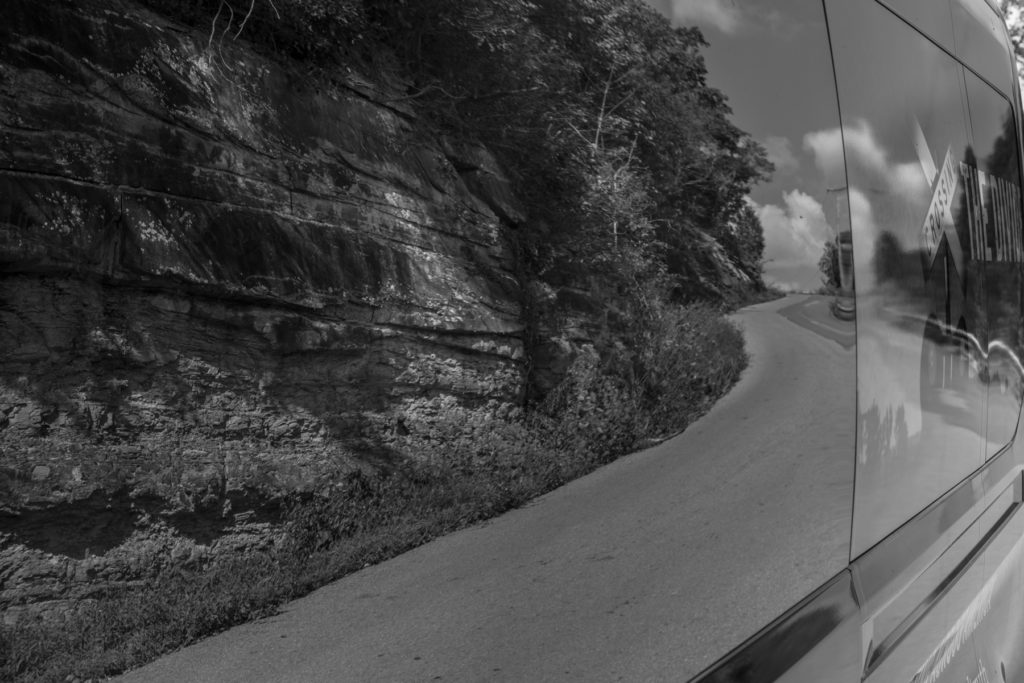 The reflection of an Appalachian mountainside off the GroundTruth "Crossing the Divide" van near Pikeville, Kentucky. (Ben Brody/GroundTruth)

The GroundTruth Project is pleased to announce a call for applications for the Appalachian Reporting Project, a partnership to deepen coverage in the coalfields of West Virginia and Kentucky through three, year-long reporting positions.

The positions at West Virginia Public Broadcasting, Lexington Herald-Leader and Charleston Gazette-Mail are supported by a partnership between the Galloway Family Foundation and GroundTruth’s “Report for America.”

Accepted candidates will report directly to their respective news organizations, working from January 2018 through December 2018, and combining daily assignments with a longer, in-depth project that will be a collaboration of the three news organizations. This partnership aims to serve local communities by exploring the difficult challenges of health care, poverty and the future of work — and how those issues are interconnected — in the region.

In Kentucky, the reporting fellow will be assigned to Pikeville, reestablishing a bureau for the Herald-Leader in the heart of rural Appalachia for the first time since 2011. In West Virginia, Charleston Gazette-Mail and West Virginia Public Broadcasting both plan to have their reporting fellows report in the southern coalfields and will be working with the communities to assess the best place to base the coverage.

The year-long project is part of GroundTruth’s pilot for “Report for America,” a public service program for journalists to be embedded in local community news organizations which GroundTruth is undertaking in partnership with Google News Lab.

A goal of the project will be to support the emerging journalists through a mentorship program and a training workshop, which will include the News Lab as well as a collaboration with The Center for Investigative Reporting to prepare and guide the reporters to work together on potential long-form pieces for Reveal, the public radio program and podcast that CIR produces and distributes nationally with PRX.

All of the foundation and individual funding sources for Report for America, including the support from the Galloway Family Foundation, adhere to strict standards for transparency and independence in non-profit funding and each of the host newsrooms will maintain complete editorial control over the work they publish or broadcast as part of this partnership.

As part of the “Report for America” pilot, the positions are open to anyone who wants to be a local journalist — and has the skills and character to make an immediate difference. You’ll be doing important public service journalism in under-covered communities in Appalachia.

This program targets emerging journalists, but is not restrictive of age. Candidates may be right out of school, have a few years of journalism experience or have experience in related fields that lend themselves to strong reporting. We seek candidates who have the analytical skill set to understand and unpack the nuances of pressing issues in Appalachia, and the creativity to frame issues with a fresh and socially relevant perspective.

Exceptional writing skills required, and audio, video, data and photography skills will be considered a plus. Successful candidates will demonstrate not only a passion for journalism, but a commitment to public service. Candidates who hail from Appalachia and from other parts of the United States are welcome. We’ll ensure a diverse team — not only in terms of race, ethnicity and gender but also income, geography, viewpoints and background.

Reporters will be paid a one-year salary commensurate with entry-level positions, and will be offered health insurance and other benefits as provided by the host newsrooms. Each reporter will also receive a Chromebook, 360 degree camera, and mobile phone courtesy of Google News Lab.

Applications for the Appalachian Reporting Project are welcome through this Google Form.

You will be asked to submit contact information, a resume, link to three samples of work, and brief replies to a few questions.

The Galloway Family Foundation (GFF) was founded primarily to encourage the advancement of human rights in the United States and around the world. It is the mission of GFF to advance these goals in the most effective manner possible, taking into account its limited resources and the efforts of other foundations and nonprofit organizations in the field. The GFF believes that one of the most pressing areas in need of additional resources is the investigation and reporting, in both print and broadcast media, of human rights abuses in the world.

Report for America is a new model that will strengthen journalism, enrich communities, empower citizens and restore trust in media by developing and sustaining a new wave of journalists to serve local news organizations in under-covered corners of America. RFA co-founders Charles Sennott and Steven Waldman are backed by an experienced and award-winning editorial team at The GroundTruth Project — with support from Google News Lab, Lenfest Institute for Journalism, Knight Foundation, Galloway Family Foundation, The Center for Investigative Reporting, Solutions Journalism Network and others — and have created a top-flight advisory board of leaders in journalism and public service. www.ReportforAmerica.org