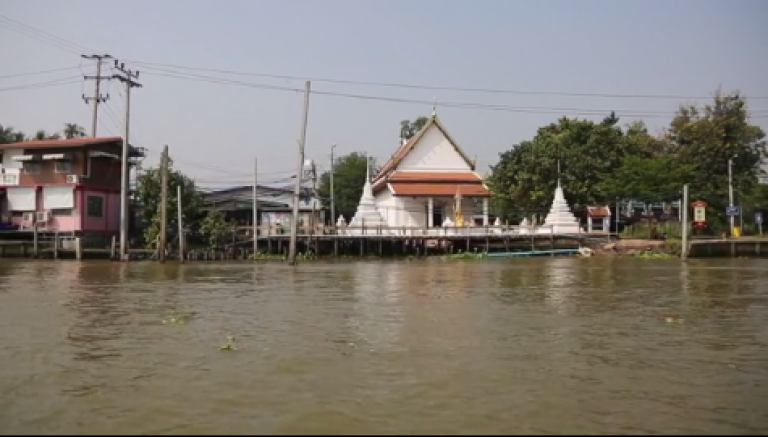 by Pailin Wedel and Michael Sullivan

YANGON, Myanmar — Thazin knew she was in trouble as soon as the car pulled up to her new place of employment. It wasn’t a convenience store, as promised. It was a guesthouse with a bar. And then the truth dawned on her and the others brought with her.

“We realized that we would not only work at a beer bar,” Thazin said, “but also as prostitutes.”

The 29-year-old would stay at the brothel in the Thai province of Ranong, servicing clients, for another year and a half. She had no choice. There were surveillance cameras everywhere and she heard stories, from others who worked there, about women who tried to escape and were either beaten or disappeared altogether.

“Fear is a problem, a barrier to justice for women,” said Siriwan Vongkietpaisa, a human rights lawyer who has won several landmark human trafficking cases. She and a former trafficker, Aung Aung (not his real name), say the women are rightfully afraid.

“Brokers keep them captive, hit them, yell at them, threaten them and imprison them in their rooms. Some are raped. So they are afraid of reporting it after that…they are ashamed,” said Siriwan, who herself gets threats. “They tell us, ‘Aren’t you scared of being disappeared?’”

So Thazin — not her real name — labored on. She believed she would earn the money she needed to pay off the brokers who brought her across the border and some day return to Myanmar with enough to buy a piece of land she and her husband had dreamed of. But her ‘employer’ kept her on a short leash, doling out only enough of her wages to pay for daily essentials.

Clients pay the brothel 400 baht ($12) per hour. But the brothel takes out at least a quarter of that for the room and other expenses. Notebooks found there detail how much the women owed, listing food, bed sheets, clothes and even how many buckets of ice they used. Signs warn them that they are only allowed to use transportation provided by the brothel.

Many provinces in Myanmar, Cambodia and Laos are destitute places with scant electricity and little to eat. In modernized Thailand, however, practically no one is starving. It’s a magnet for those willing to cross the border, work hard and grind out a pittance and shore up cash for their families back home.

But the brokers offering to smuggle men and women across the border are full of false promises. The trafficked are often duped into thinking they’ll work as waitresses or factory hands; instead, they’re forced into slavery-like conditions on boats or coerced into the sex trade.

Human trafficking is big business for traffickers and officialdom alike. A2013 report from the United Nations Office on Drugs and Crime estimated the trade to be worth a staggering $32 billion annually. In Southeast Asia, the money finds its way into the pockets of corrupt police and bureaucrats as well, said Sompong Sakaew, founder and director of Thailand’s Labor Rights Promotion Network Foundation.

“We found that in human trafficking cases, state officials or officials from the government who are in charge of these things have relationships with brokers or brothel owners,” Sompong said. “These people reap huge profits.”

The US State Department’s 2013 Trafficking in Persons report is even more blunt.

Not all police officers are corrupt — which is how Thazin found herself freed during a raid in Ranong last June. But those who eventually rescued her had to make multiple attempts.

Freeland Foundation, an anti-trafficking organization, was tipped off by an informant about the Ranong brothel early last year and worked with authorities to organize the raid. But the information about the raid was leaked.

Steve Galster, executive director of Freeland, was with the raid team when they received the bad news.

“We were literally in a hotel room in Ranong, equipped people with hidden cameras, devices to get all the evidence,” he said. “While they were there and everyone was getting their surveillance brief, a call came in indicating that their cover had been blown. And it was quite uncomfortable because it could actually be somebody standing in the room. To this day we are not exactly sure who.”

A smaller group of anti-trafficking cops were chosen for a second raid. After an undercover policeman confirmed the presence of the victims at the brothel, five officers burst in shining flashlights in every corner. They found the women in tiny cinderblock rooms that could barely accomodate single beds.

The women were corralled outside. Many were confused. The younger ones wept. Only one low-level brothel operator was found at the scene. While there was a male translator present to explain what was going on, there were no female officials. Thazin was one of 13 women found there that day. Some were suspected minors.

Raids like the one in Ranong are the exception, not the rule. The State Department says in 2012, the Thai government reported investigating 305 trafficking cases but initiated prosecutions in only 27 cases during the year and obtained only 10 convictions.

Why are there so few investigations, prosecutions and convictions?

A variety of factors conspire to keep victims in confinement. A police officer involved in the anti-trafficking effort said there are too few officers sharing too few resources, and they’re frequently discouraged by how long the system takes to process cases. Sompong points to tight connections between illicit businessmen and government officials.

“State officials sometimes intercept a unit that’s working on a case and ask for them to drop it…. so it takes a long time to prosecute many of the cases involving trafficked women,” Sompong said. “And sometimes it’s so slow… they try to find a way to escape from the shelter.”

That explanation resonates in Thazin’s case. After the brothel raid, she was taken for her own safety to a government shelter isolated on an island in the middle of Bangkok’s Chao Phraya river. While the amenities were decent, it felt more like prison than protection: no phone calls, no leaving the premises, no access to the outside world.

“At first we had every intention to finish the case, go back home and live happily forever,” she said. “But the police who processed our case said that if we pursued the case to the end, it would take many years and we would have to stay there.”

She spent three months stuck in the shelter before she couldn’t stand it anymore.

“During the time we were there, how can I say it? I lost my appetite. And then sometimes I just wanted go jump into the water and die. Or hang myself,” she said. “I just wanted to find a way out.”

Thai media report that two other women did just that. About a month before Thazin checked into the shelter, two teenage girls — one 16, the other just 14 — drowned while trying to escape.

Repeated attempts to reach the Ministry of Social Development and Human Security, which administers the center, were unsuccessful. So were attempts to speak directly to shelter officials.

“We see that all the time,” he said. “After a while it’s like, ‘this isn’t what we signed up for.’ It’s like being in prison…. There’s nowhere to run to and nowhere to hide. No matter where you go, you’re stuck in another jail or you go to court and you’re exposed to the trafficker. The system here is really messed up.”

The State Department report says “language, bureaucratic and immigration barriers, fear of retribution by traffickers, distrust of Thai officials, slow legal processes and the financial needs of victims effectively prevent most victims from participating in the Thai legal process.”

Failure to convict high-level traffickers is compelling Galster to change tactics. While the raid produced ample evidence to convict the low-level brothel employee to four years in prison, the lead operators got away.

“This and other experiences has lead us to believe that the way to go about crippling human trafficking in Thailand is through anti-money laundering investigations,” Galster said.

But he’s yet to see a successful money laundering case against a human trafficker.

By August of 2014, after three months at the shelter, Thazin gave up. She recanted her testimony and went home to Yangon, Myanmar’s largest city.

With help from a non-profit organization, she and her mother-in-law set up a noodle shop. Neither her husband nor anyone else in the family know about her coercion into prostitution or her cruel treatment in Thailand. She came home empty handed, without the money she’d sought to buy land for her family — and without the satisfaction of seeing justice brought against the woman who held her prisoner and made her do unspeakable things.

“We didn’t stand up for justice…now the desire in my heart is to see her arrested,” Thazin said. “If she isn’t, she will just keep doing to other girls what she did to us.”

Siriwan, the human rights lawyer, agrees. The laws are in place, she says. It’s the execution that’s fatally flawed.

“Making the trials quicker tremendously effects the cooperation of the victims,” she said. “And the victims get justice quickly. The victims would then be more cooperative. The guilty would also be punished quickly and these cases could then serve as an example for others, that you cannot break the law and get away with it.”

“Laws of Men” is published with support from the Ford Foundation.