Bringing Catholicism back to Cuba 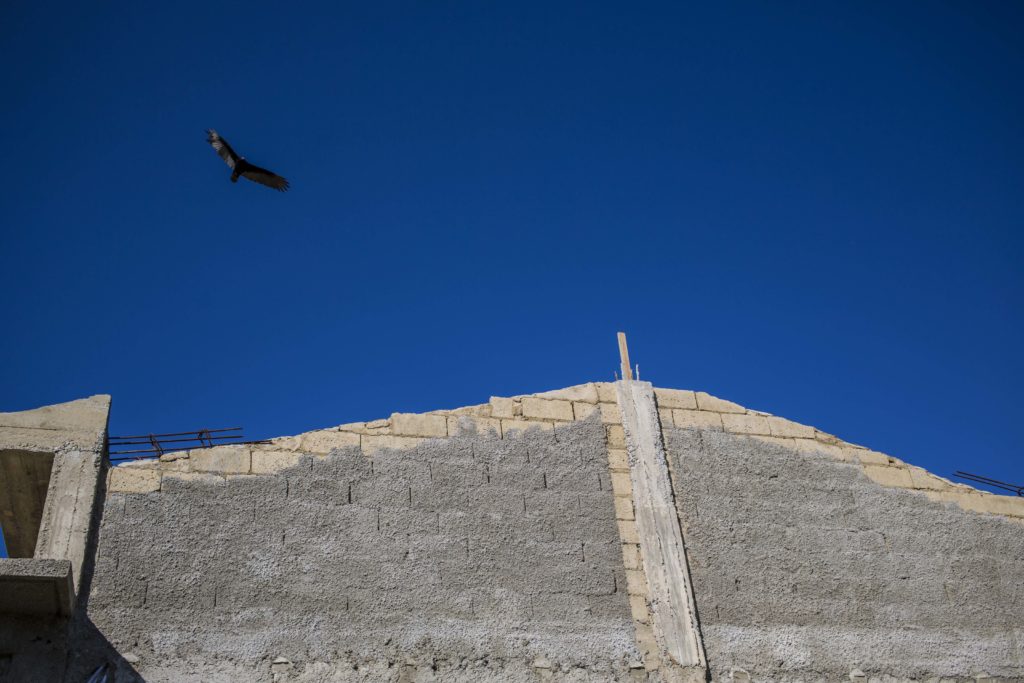 SANDINO, Cuba — The town sits quietly on the western tip of Cuba, a few hours from the capital city of Havana. And it is here, where time seems to move more slowly — along dirt roads with horse-drawn carriages trotting past faded billboards with revolutionary slogans — that a new beginning is taking place.

Sandino is getting ready to celebrate Christmas, a holiday that was once banned and has remained a subdued occasion across much of the island since Fidel Castro’s revolution imposed decades of restrictions on religious freedom in Cuba. The Pinar del Rio dioceses planned a special service for Christmas Eve in the town’s temple — which is simply a house — with a plan that next Christmas, the Catholic community will meet in a new church.

Surely, the sleepy backwater of Sandino seems like an unlikely place to make history. But it is here that the first Catholic church since Castro took over in 1959 is under construction, an unprecedented move that many hope will keep advancing the relationship between the Cuban government and the Catholic Church. When Castro ascended to power, those practicing their religion openly were often persecuted, with many having to flee the island.

In 1998, the visit of Pope John Paul II to Cuba marked the first visit by a Catholic pontiff to the country. In his speech, the Pope talked about the Church’s need of “sufficient freedom and adequate means.”

“The opening of the Catholic Church’s relationship with the state started happening when Pope John Paul II visited [Cuba]. We realized that it was necessary for faith to exist without borders,” said Father Cirilo Castro, who is active in the creation of the new church.

Father Cirilo managed the pastoral services for the Sandino municipality from 2005 until around 2015. That was when he was moved to the Mariel area in Cuba’s new province, Artemisa, and Father Carlos Martinez, a Colombian priest, took on Sandino’s pastoral services.

Under Father Cirilo started planning for a new parish in Sandino around 2008, although the initiative had always been there, he said. The closest churches to Sandino are located in the towns of Manuel Lazo and Las Martinas, more than six miles away from the edge of the town — a long distance for the residents of a rural town without much access to cars and almost nonexistent public transportation.

But the final push and realization that Sandino needed a church came when international students from Indonesia, Philippines and East Timor started studying around the area — about 4,000 of them combined.

“I had to go to the schools to celebrate the Eucharist because [the students] were very Catholic and from there the firm idea arises. The state secretary tells me, ‘Look, we are going to sit down to talk because we are seeing the issue with students and we need all this done.’ And then from there we sat down with the government, the state, the Catholic Church and we decided,” said Father Cirilo.

After 21 years of renting a small home that served as a place to congregate in Sandino, the idea of a new — and the first — church in the small town of Pinar Del Rio became a more tangible possibility.

A devoted communist, Fidel Castro’s war on religion started as soon as he took power in 1959. Although Castro himself went to Catholic school as a youth and the island was steeped in traditional Catholicism since it first became a Spanish colony, the Marxist revolution changed all that. Catholic schools were soon closed and Cubans were persecuted for their religious views, with many expelled from the only country they knew and called home. Catholics had to practice their faith discreetly, at least if they still wanted a job in a country where the government controlled virtually all sectors. The war on religion led to feelings of resentment from many of those on the island.

“It was very hard [to be Catholic]. They would tell you that God did not exist,” says Olga Sofia, an employee at the Office of the Archbishop. “They would tell you that the priests and the men that would go [to church] were not real men.” The 53-year-old devout Catholic had pictures on her phone of Pope Francis’ visit to Cuba in 2015. Because of her job with the Archbishop, she was able to be at the front of the massive crowd.

But things seem to be slowly changing for the Catholic Church on an island that others often regard as “stuck in time.” While before the revolution, more than 90 percent of Cubans identified as Catholic, the number is far lower today, with very few regularly attending Mass. If other communities follow Sandino’s lead, that could begin to change.

According to Father Cirilo, getting the permit to build the new church was not difficult; financing it is the biggest challenge.

“Every diocese has the possibility of creating a new temple,” says Pinar del Rio Bishop Jorge Enrique Serpa Perez, who manages the municipality of Sandino. “I know that in other dioceses they are doing it, too, but from there they are going slowly because of the financial problems. Many times you have to find the resources.”

Sandino has been able to obtain the resources, albeit slowly, thanks to their official sponsor: the St. Lawrence Catholic Church in Tampa. Father Cirilo made the connection after a trip to the United States, where he met Father Ramon Hernandez, another priest who was originally from Pinar del Rio.

“The father of that parish [St. Lawrence Catholic Church] in 2010, Father Morgan, wanted to create a tie with a parish in Cuba, and he had asked Father Ramon for a diocesis to do it. Who is Father Ramon, who is from Pinar del Rio, going to recommend? Evidently, Pinar del Rio. And then everything started there,” said Father Cirilo enthusiastically.

The St. Lawrence Catholic Church and the Pinar del Rio diocese refused to comment on the cost of the new church.

Construction started a little over a year ago, but there’s much work to be done. Monsignor Serpa Perez said that those following the progress of the construction are desperate to see it finished, especially those in the United States.

“In the United States, you go to a warehouse and find everything. We are not in the United States, we are in Cuba. And then people ask, Why haven’t you done this? Because we haven’t. Because we finished making a roof and now there’s no more materials to keep working tomorrow. There’s a lack of resources here,” he said, frustrated.

The community of Sandino, including the non-believers, seem excited about the new architectural project.

Odalys, a resident from Sandino who refused to give her last name, said the church is a “complete beauty.” The 52-year-old woman, who moved to the town 36 years ago, said she is not religious, and has never believed in anything, but is seeing the church as a way to incorporate herself into the Catholic faith once it is built.

“I love that church there. I don’t know how to explain. For me it’s like a refuge. Something important for the people of this community,” she said while setting up lunch at her dining table.

Monsignor Serpa Perez said that, for a while, people did not believe anything would actually be built. “After so many years that they see absolutely nothing of this level, they [the community] won’t believe anything until they see it. Now everyone has a different enthusiasm. Everyone manifests how happy they are with the construction that we’re doing.”

The church is expected to be completed by mid-2018, but nothing is guaranteed.

While the international community has its eyes on Sandino, waiting for history to take place, those behind the logistics are not worried.

“What I care about is having a temple in Sandino. I am not in the race, of how people say, of seeing who gets the first prize. If it’s done and it’s the first temple, it’s done. And if someone else can do it before us, then blessed be God,” said Monsignor Serpa.

The first house-turned-temple in Sandino was named El Sagrado Corazón de Jesús — The Sacred Heart of Jesus — and, according to Father Cirilo, the new church will have the same name to keep tradition going.

Archbishop of Havana, Monsignor Juan Garcia Rodriguez, did not return repeated calls and visits to get comment on what the new church meant for the Catholic faith in Cuba.

This story was supported by the Overseas Press Club Foundation.