ON THE GROUND IN BRIDGEPORT, CT

From downtown to the neighborhoods, Bridgeport’s entrepreneurial spirit thrives 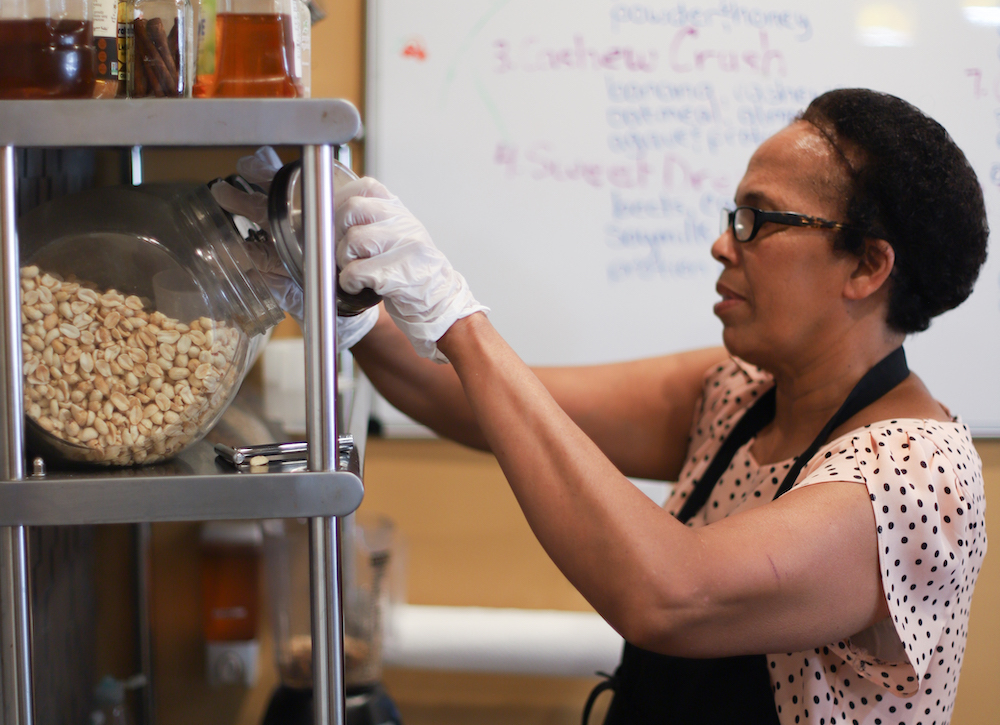 The owner of a Jamaican-American cafe in Bridgeport on July 2019. (Photo by Chris Ehrmann/GroundTruth)

BRIDGEPORT, Conn. – As the late-summer sun hovered in the sky, casting long shadows along the cracked asphalt, a girl and her father rode an electric toy car around a corner, where police officers were huddling around a spent bullet casing from behind yellow tape.

This was one of the first sights Brushaun Thompson and I noticed as we got out of my car on a particularly muggy July evening to walk around Connecticut’s largest city, Bridgeport, where Brushaun grew up.

“He’s trying to create a normalcy for her here,” he said as we began to walk. Always fashionable, Brushaun wears crisp snapbacks, pressed pants and a polo, complemented by an earring in his left ear, a bracelet and a necklace. As a formerly incarcerated man, part of leaving prison behind is the ability to express himself, he said, through fashion.

“I have always pushed the envelope and I know people that look like me are supposed to dress a certain way,” he said.

The evening heat enveloped us as we walked through Bridgeport’s different neighborhoods, filled with a mix of people — Puerto Rican, Columbian, Jamaican. The city is located in Fairfield County, home to some of the richest cities in Connecticut, like Greenwich and New Canaan, and an estimated population of over 144,000 people. It is also diverse; Bridgeport is approximately 35% black, while 40% of its citizens are Latino or Hispanic and 20% are white, according to 2019 Census estimates.

This social, ethnic and economic diversity is woven into the character of the place, and can be seen in the range of food, shops and houses on the street. We walked into a restaurant owned by a Jamaican friend of Brushaun’s to order milkshakes.

As we left, he pointed out a building with a tower reaching into the sky. At first glance, it looked like a church, with its red-bricked colonial architecture and large windows; in fact, it was one in a former life. But it was sold by the United Congressional Church to the Bridgeport Islamic Center a few years ago and is now a mosque, a mark of the history and juxtaposition reflective of the community here.

As is customary, we took off our shoes to protect the beautiful carpets and floors and went inside. Inside the prayer room, geometrical patterns adorned the windows and walls while the minbar and mihrab were nobly situated, making me nostalgic for Egypt, where I’d visited a few months prior to see the ancient, grand mosques.

As the sun sank closer to the horizon with shades of blue bleeding into orange and yellow, Brushaun took me to visit more of his neighborhood friends, many of whom are business owners, of barbershops and clothing stores, restaurants and shops. They said they’ve either started their own businesses, or been working on them for years to try to ensure they give something back to their community.

New businesses dot downtown, like a Bass Pro shop that opened up five years ago and a new downtown restaurant where we went to eat waffles, but the surrounding neighborhoods aren’t seeing that kind of development. They have their own development, with locals starting up their own businesses.

We popped into a barbershop so I could meet the owner, someone Brushaun has known for a while. Brushaun was shaving in the mirror as I listened to people discussing and debating, laughing and greeting others. The smell of the hair products and the sound of people chatting over a televised boxing match made it feel like home.

Brushaun seemed to know almost everybody we ran into, which I assumed was because of his childhood here. Originally born in New Jersey, he moved to Bridgeport when he was a kid, and recalled delivering newspapers around town, a job that introduced him to many people who’ve come and gone.

Brushaun recalled the importance of the neighborhood in bringing him back after decades in prison. He was first incarcerated over 30 years ago due to a drug possession conviction and, according to the state’s Department of Correction, he has been in and out of incarceration stays throughout the years.

“Prison is just… I felt a lot of emptiness, when you’re in a place like that,” he said.

It was difficult for him to come back into the community and reconnect with his kids, who were learning how to drive and starting to have relationships. Now, he tries to help others – friends and neighbors – navigate the criminal justice system, know their rights and avoid recidivism.

Over the years, he said there have been many changes in his community, like the influx of immigrants and the opening of businesses; people have become their own entrepreneurs.

“I understand gentrification is real but when we start to peel back the layers… what do you want to do,” he asked rhetorically. “You stop developers from wanting to make a buck and creating some jobs in the community, so you don’t build the community?”

While the a gray sky rolls over Bridgeport, we take stock of the city’s industriousness. Many people either owned businesses, or were starting one up, regardless of the shiny development downtown. That is the spirit of entrepreneurship omnipresent here in the city of Bridgeport. 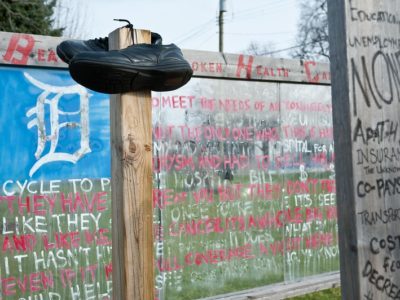 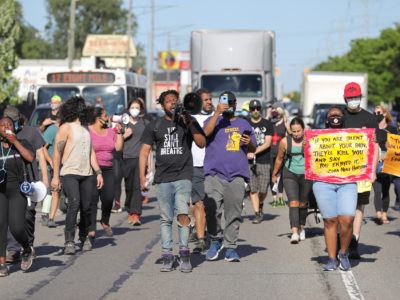 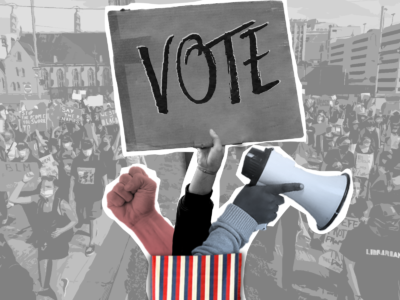 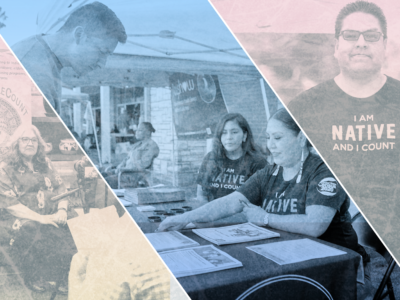