Big Deal: Did Namibia Ask India To Pull Its Ivory Ban in Return for Cheetahs? 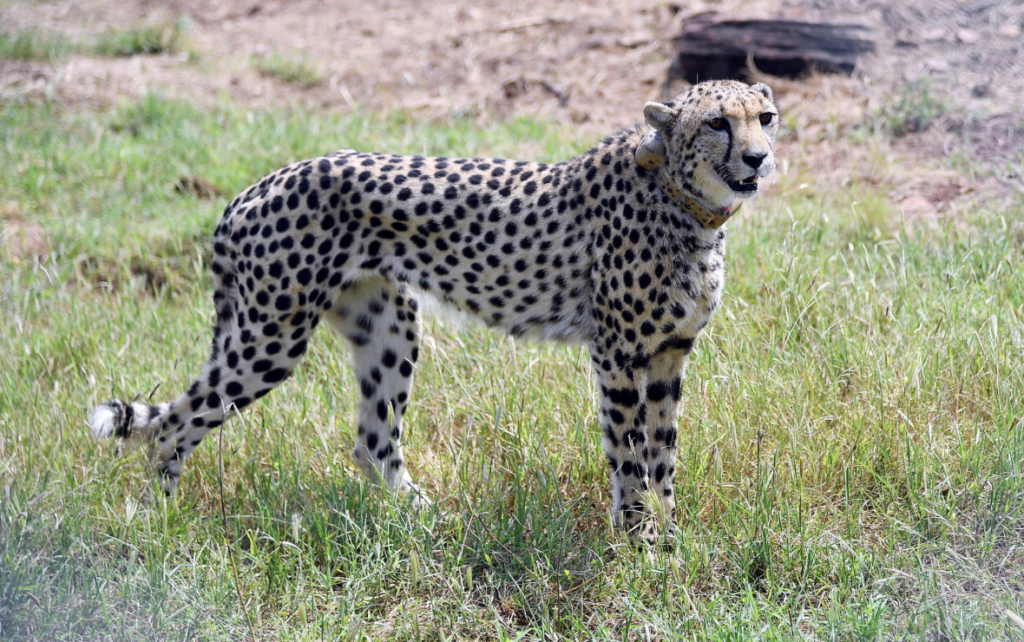 But even before the aircraft landed, speculation was rife about Namibia allegedly asking for India’s support to withdraw the existing ban on ivory trade in exchange for the cats, according to “Indian and Namibian officials familiar with the matter”. On October 13, the Indian Express revived this, quoting a Namibian official as saying the country had indeed sought India’s support in the ivory trade matter.

“If true then it be a horrible sellout (sic) and a betrayal of Lord Ganapati,” Subramanian Swamy tweeted on October 13. But in a press release, the Indian government denied receiving any “written communication” from Namibia vis-à-vis India’s support against the ban.

What is the international ban on ivory trade, India’s stand on ivory, its alleged link to the introduction of African cheetahs, and why could November put a rest to these speculations? Let’s find out.

The Union environment ministry has called its cheetah introduction programme, a.k.a. Project Cheetah, the “world’s first intercontinental large wild carnivore translocation project”. Its aim is to apparently establish a “viable cheetah metapopulation” in India. A metapopulation is a group of several populations of a species.

India was home to such populations of Asiatic cheetahs, but the last wild individuals were hunted down in the 1950s even as India lost large tracts of cheetah habitat – grassland and savanna systems. According to the ministry as well as Prime Minister Narendra Modi, the cheetahs’ arrival in India again will help conserve the otherwise-neglected open forests, grasslands and scrub ecosystems in India.

Asiatic cheetahs now reside only in Iran – and only 12 individuals, per one estimate. This is why Project Cheetah involves African cheetahs, a different subspecies. According to the ministry, government officials chose cheetahs from southern Africa because they are ancestral to all other cheetah populations (including the subspecies in Iran) and they show the highest genetic diversity among cheetah lineages. The latter is important for a founding population stock.

So India signed a memorandum of understanding (MoU) “on wildlife conservation and sustainable biodiversity utilisation” with Namibia on July 20. Per the ministry, the main thrust areas of the MoU include “biodiversity conservation with specific focus on conservation and restoration of cheetah in their former range areas from which they went extinct” and “sharing and exchange of expertise and capacities” to promote cheetah conservation in both countries.

They will also include “wildlife conservation and sustainable biodiversity utilisation by sharing good practices” in technological applications, generating livelihoods for local communities living in wildlife habitats, and the sustainable management of biodiversity. The two countries will also collaborate on climate change, environmental governance, environmental impact assessments, pollution and waste management and “other areas of mutual interest”.

An MoU with South Africa to bring cheetahs from there to India is also on the cards.

Ivory in the teeth

Did the agreement to import cheetahs from Namibia come with a condition on India?

The newspaper also quoted an unnamed source who was part of the negotiation process claiming that the “elephant was always part of the discussions over cheetahs” – a hint that India may have to change its stand on not supporting the ivory trade.

According to an unnamed individual quoted in the article, the MoU doesn’t actually spell this out. That is, it doesn’t contain a “direct reference” to this condition in order to “keep the matter open-ended”. (Note that the MoU is still not available in the public domain.)

In March this year, Muyunda had also rubbished claims that Namibia had approached India to support the commercial trade of its ivory as part of the cheetah agreement.

Understanding why India’s support for Namibia on the ivory trade is such a big deal requires dipping into the history of our ban as well as the international ban on the commercial ivory trade.

The number of wild elephants has dropped dramatically across elephant range states worldwide. Elephant populations in Africa plummeted from 1.3 million in 1979 to around 600,000 in 1989.

Poaching for ivory – or elephant tusk – is one big reason why. Apart from its direct consequences, poaching has an indirect influence as well. Studies have found that loss of older, ‘experienced’ elephants can disrupt the social composition of elephant herds (orphaned juvenile elephants have lower chances of survival) and elephant population dynamics (selectively poaching specific genders creates skewed sex ratios and affects the population’s survival).

This amendment didn’t include ivory imported into India. Another amendment in 1992 remedied this.

As such, India holds a firm stand on not supporting the international trade in ivory either because the country is also party to the Convention on International Trade in Endangered Species (CITES). This is a multilateral treaty to protect threatened species from international trade.

CITES came into effect in 1975 and groups the world’s species into three appendices. It doesn’t allow trade in species listed in Appendix I except in very specific circumstances. Both the Asian elephant and the African elephant are listed in this Appendix. So in 1989, CITES effectively banned the international commercial trade in ivory. Elephant poaching didn’t stop, however.

In 1997, CITES moved elephant populations in Botswana, Namibia, South Africa and Zimbabwe to Appendix II. This allowed commercial international trade subject to the requisite permits. This happened because the governments of these countries said their elephant populations had improved. They contended that the ivory that they had already stockpiled from these elephants could fetch a significant sum of money that could be spent on conserving elephants.

However, scientists have argued that such ‘legal’ trade in ivory wouldn’t be sustainable because once illegal ivory enters the trade – it’s likely to thanks to high government corruption – it becomes ‘whitewashed’ and nearly indistinguishable from legal ivory.

Nonetheless, the delisting permitted the countries to sell government-owned ivory stockpiles in two one-off sales after CITES signatories agreed to it – once in 1999 to Japan and a second time to Japan and China in 2008. Both Japan and China have high local demand for ivory for use in traditional medicines. No such sales have been permitted since.

So these countries, including Namibia, have been campaigning at the CITES Conference of Parties (CoP) meetings to lift the ban altogether so they can sell their remaining stockpile to other countries.

Nations signatory to the treaty vote on it. India’s change in stance won’t make a difference to the outcome of a vote, since more than a hundred countries participate. At the CoP18 in 2019, for example, signatories voted 101 to 23 to reject a proposal by Botswana, Zimbabwe and Namibia to allow them to sell their ivory stockpiles.

According to the officials quoted in Hindustan Times, India is “unlikely to be able or want to meet” Namibia’s request.

The report quoted Ashok Barnwal, the Madhya Pradesh principal secretary (forest) and a member of the delegation that visited Namibia in 2021 to discuss the cheetah MoU, as saying, “India always works for conservation [of wildlife], not on utilisation. It is impossible to agree on this.”

In response to the Indian Express report, the environment ministry said that while the India-Namibia MoU includes “wildlife conservation and sustainable biodiversity utilisation” as one area of cooperation, “this cannot be construed as support for lifting the ban on trade in endangered species”.

It added that the Indian government hadn’t received any “written communication” from Namibia about lifting the ivory-trade ban. “As sovereign countries, both India and Namibia will evaluate their positions on sustainable biodiversity utilisation within the ambit of agreement based on the principles of mutual respect, sovereignty, equality and in the best interest of the parties,” the statement noted.

So all eyes are now on the 19th Conference of the Parties, i.e. the CoP19, to CITES in Panama in November, where all countries will vote once again. According to the Environmental Investigation Agency, an international NGO, Zimbabwe has already submitted a proposal to CoP19 vis-à-vis the elephant populations of Zimbabwe, Botswana, Namibia and South Africa.

India’s vote at CoP19 should set all the speculation to rest, and we will also know if India compromised its stand against the ivory trade for the sake of bringing African cheetahs to India.