Beyond the official story: The Black Press and the coverage of police violence 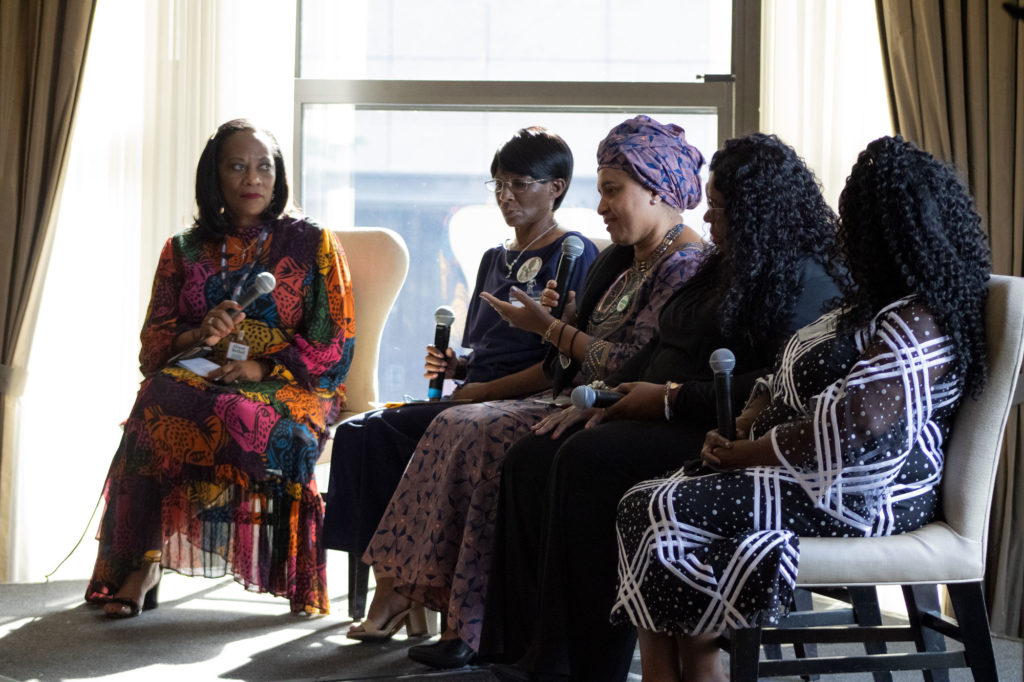 Four mothers who lost their sons to police shootings shared their stories and their perspectives on the coverage media did of their son's cases during our panel “The Black Press: Continuing to Tell our Stories” (Photo by Michael Karam/GroundTruth)

When Cary Ball Jr. was shot and killed by St. Louis police officers in 2013, his mother Toni Taylor felt the media only painted half of the picture — with one exception: The St. Louis American reporter Rebecca Riva.

“The reporter that I trusted from The St. Louis American never assassinated Cary’s character, no matter what the police narrative was. She stayed with the family’s narrative and always wrote his story with such compassion and sincerity,” Taylor said.

The St. Louis American is one of more than 200 legacy newspapers owned and published by Black owners. Every week, more than 1.2 million readers get their community news from the Black Press, mentioned Kristen Mack, the managing director for communications at the MacArthur Foundation. Across the country, Black publishers are not only providing critical public service journalism but also binding and building communities along the way.

Recognizing this unique role, Report for America hosted “The Black Press: Continuing to Tell our Stories,” an intimate panel event in Chicago on June 9. There, members of the press, supporters, and others heard from brave mothers like Taylor who shared their stories of loved ones lost to police violence. They offered their perspective of where journalism has — and at times hasn’t — served their families as they’ve tried to mourn, honor and remember.

“Keep capturing everybody, keep reporting the truth, fight to reach that story,” Taylor encouraged the room of reporters. She felt that she was shunned by her own family members as well as the public because Cary had a weapon when he was killed. But that’s not the whole story: “The public also didn’t know that Cary was an honor roll student, and on the day of his funeral, he was supposed to be inducted into the Emerging Scholars Ceremony.”

Kadiatou Diallo, the mother of Amadou Diallo who was shot 41 times by four police officers in 1999, also shared her own frustration with media coverage: “I quickly was outraged by the coverage at the beginning. The headline was, ‘A street vendor was gunned down with 41 shots.’ ” The media has to get the story right from the beginning, she explained, because that is what people will remember.

“The media defined my son for something he did for maybe six months of his life in New York City, saving for college.” Diallo’s firstborn spoke five languages: French, Thai, English, Spanish, and Fulani.

“So I quickly became a storyteller,” she explained. “The power of the story is not just about talking about the tragedy, the trauma, the heartbreak. We want you also to talk about what our children used to do, what they used to like, the food they used to taste, what they’d talk to us about on the phone. It’s about life. It’s much more powerful than just the pain.”

To tell the full story, Wanda Johnson, whose only son Oscar Grant III was slain by an Oakland BART transit officer in 2009, asked the media to begin to tell individuals’ stories before they occur, and to tell the positive sides even after. The 2013 film “Fruitvale Station” recounts the story of the last day of Grant’s life.

And sometimes, not getting the full story right the first time can have real consequences. According to Johnson, the police narrative of the killing changed each time more information came  to light, resulting in a total of three changes in how the story was told. As a result of these varying reports, the judge amended the jury’s verdict to involuntary manslaughter. The officer ended up serving 13 months in county jail, not prison, without a felony on his record, permitting him to still carry a gun.

“One of the things I have always instructed journalists year after year [to do] as I go to different places, is not to just get a one-sided story, but to ensure that they find out what happened on the other side before it’s in print,” said Johnson.

Of the four mothers in attendance, Kimberly Davis’s tragedy was the most recent. Her son, Kimoni Calvon “Kodak” Davis died in 2015, a day after a 20-mile, high-speed police chase on US 52 in Ohio. “Without journalism like you guys’, my son’s story would have just been put on the wayside. Kimoni was my only child. I had Kimoni when I was 17 years old so we kinda grew up together.”

Seven years later, Davis’s family still has no answers and has never had a day in court.

“I am the voice of Kimoni but my voice alone can’t do it. It’s journalists that speak truth that does it,” Davis said. “I don’t have anything left to do but fight. It’s not just about Kimoni anymore. There’s a lot of other Kimonis. There’s a bigger picture, and it’s not a Black issue. It’s a people issue.”

Reflecting upon the event, Alison Bethel, vice president of corps excellence at Report for America and coordinator of the organization’s Black Press Initiative, said, “This year the Black Press celebrates 195 years — a monumental milestone. The nation’s Black media is so very crucial to all communities, not just minority communities, although they have been stalwarts of telling our stories in all their  fullness and richness. I am in love with the Black Press’s tenacity, their commitment to truth and building solutions, and their pledge to be unapologetically Black.”

This event was generously supported by the W.K. Kellogg Foundation as well as Report for America National Gathering sponsors including the Joyce Foundation, the MacArthur Foundation, the Driehaus Foundation, and the Chicago Community Trust. 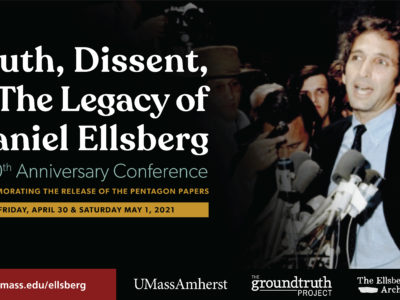