Behind the campaign trail in Iowa 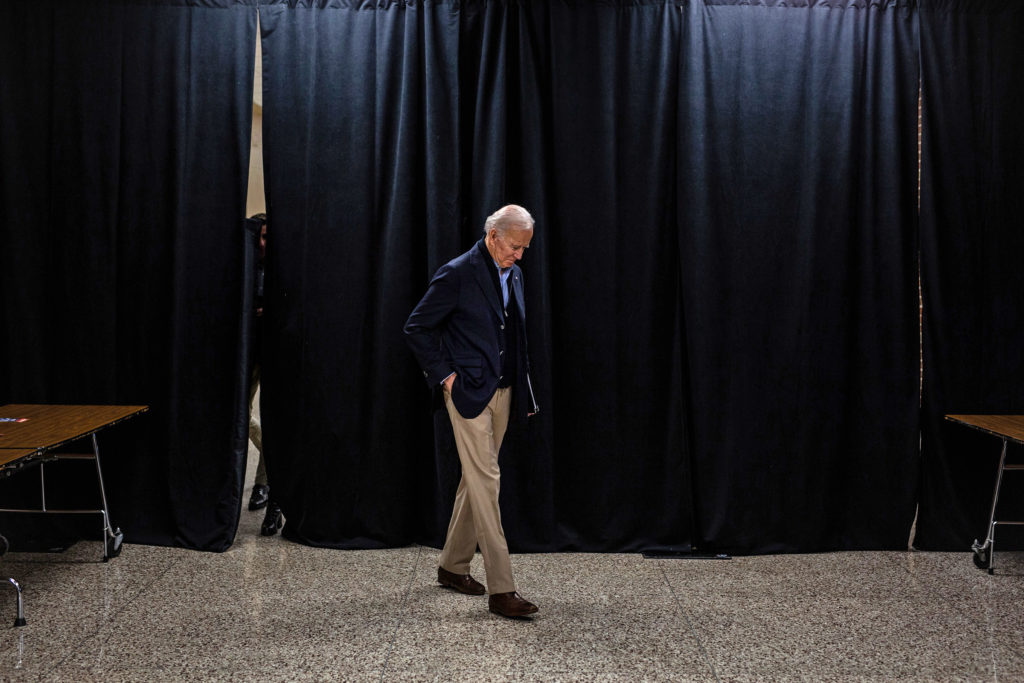 Even as the New Hampshire primary is underway today, the specter of the Iowa caucuses still hangs over Democrats.

With the AP saying it was “unable to report a winner” and news organizations such as the New York Times reporting inconsistencies in precincts’ vote tallies, the primary results from Iowa remain in question. The current count makes Pete Buttigieg’s victory over Bernie Sanders a difference of one delegate and 0.1% of the vote and left the highest-polling contender Joe Biden in fourth. While the DNC considers a “recanvassing” of the Iowa vote, here’s a look back at the hard-fought race, through the lens of emerging photographer Jordan Gale.

Over the past year Gale photographed the 27 democratic presidential hopefuls as they trekked through the first-in-the-nation nominating state, summer to winter, pleading their candidacy in high school gymnasiums, coffee shops, and private residences, to local teachers, farmers, and out of work factory workers. Iowa for this short amount of time holds the power to possibly predict the next president of The United States. These photos capture the groundwork that each candidate and their campaign put in to the Iowa caucus.

I moved back to my hometown of Cedar Rapids, Iowa in the middle of winter in early 2019. At the time I had hopes of making some work in the upcoming political season, but I ended up almost exclusively shooting the campaign trail through 2019 for The New York Times. Some candidates will host up to four events a day, spanning the distance of the state. I can estimate I put up to 20,000 miles on my 2005 Mercury Sable just last year alone. After months of coverage, and a couple season changes the campaign trail almost seems like an alternate reality. The process feels far removed from each Iowa community when you’re looking out from the inside. We’re currently less than a week away from caucus night but I still hear people saying they’re undecided, or that they flat out won’t caucus. Some people just want the ads to stop.

It’s hard to feel like you’re witnessing history when you’re sweaty, packed into a food truck with four other photographers at the State Fair, struggling to get a photo of Bernie Sanders eating a corndog. Maybe in hindsight everything will make sense and appear concrete in history, but right now I just focus on the cracks in the campaign trail.