Back to school – and inspiring the next generation of journalists 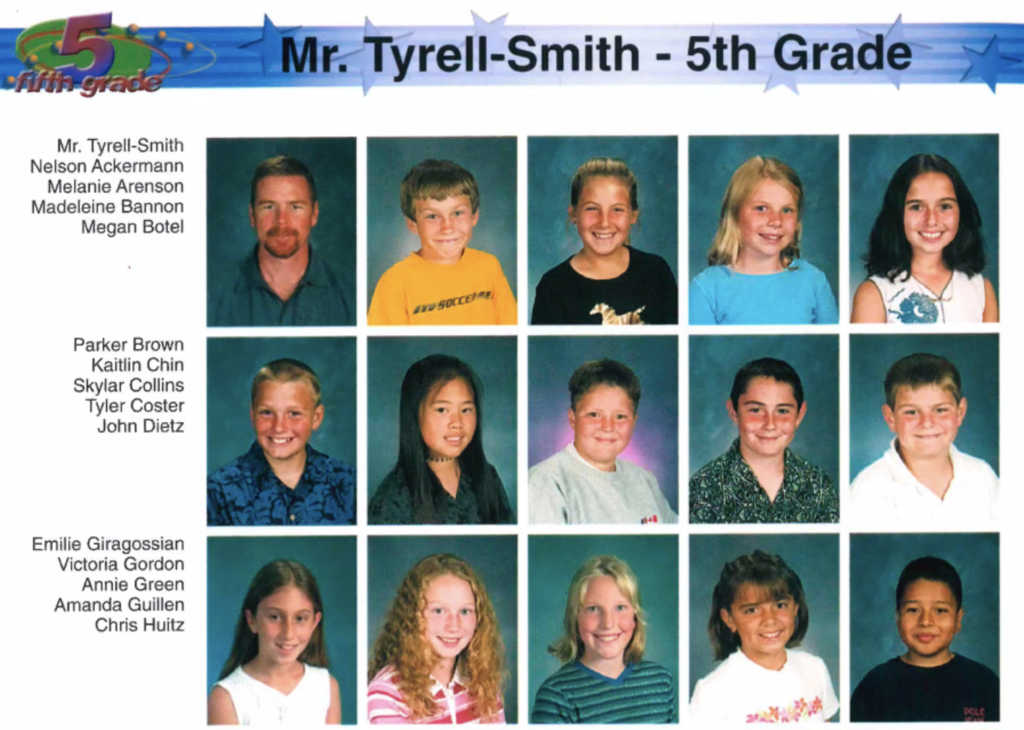 When Megan Botel was in Mr. Tyrell-Smith’s fifth grade class, she wrote a poem on a brown paper bag, crumpled it up to make it look like an ancient artifact, and handed it to him. So, it seemed only fit for Mr. T’s current students to be inspired to do the same. As soon as Botel joined the Zoom call, all their faces were quickly replaced by brown and white crumpled notes. They were eager to show her the handwritten poems they wrote on them.

It has been 18 years since Botel was a 10-year-old at Glenwood Elementary School. But Mr. T remembers her well. Botel was a good writer in his class, but she was also very nosy. And today, she’s putting both of those skills to work, as one of GroundTruth’s Preserving Democracy and Voting Rights Fellows.

“Mr. T used to make fun of me for being nosy,” Botel recounted to the class. “I was—the nice way of putting it—curious. I would listen in on adult conversations,” she said, as she mimed opening a door and peering her head into a room, eyes full with inquiry. “I remember Mr T put a sticky note in his desk drawer that said, ‘if you’re reading this you’re nosy,’ and I found it!”

This month, Botel was invited to share, over Zoom of course, with Mr. T’s current students, what it means to be a journalist and what she learned in Mr. T’s class all those years ago. They tuned in from living rooms, bedrooms and virtual backgrounds, some even using aliases like “Slinky :)” – or just their mom’s name.

Botel started off with an easy question, “Do you know what journalism is?” Several hands shot up.

“I have been writing a lot of stories about the 19th Amendment – do you know what that is?”

Related: Commemorating the 19th Amendment with stories on efforts to expand voting rights

Amid the chaos of unmuting and muting that is typical of a Zoom classroom these days, a young girl named Ella finally got the chance to say, “It’s when women got the opportunity to vote.” Botel went on to explain that her beat included writing about voter registrations, “political things” and activism to do with voting and democracy from now until November, but many students were eager to share what they had been reading about women.

Ella displayed a book called “Woman’s Hour” on her Zoom screen, flipping through some of the pages.

Colbie shared a book off her shelf called “Women in Science.”

“I have a book about all the women, like Harriett Tubman, who fought for things and stuff,” said Mia.

Riley, from her pink accented room chimed in, “I have some books about a few different women. Right now I am holding the Rosa Parks one. The series is called Little People, Big Dreams.”

“I have a book that I read to my sister,” said a student with the screen name Mr. Panknin. “Each page is about a woman in history who did something important.”

Related: ‘Where are the women?’: The untaught history of women’s suffrage

Brianna put up “Herstory” against the webcam, “This book is about women who did something big. When I started reading this book, I learned about so many women I didn’t know about before.” She flipped to the last page with all the headshots, “Here are all the women who are in this book.”

Mr. T jumped in with an opportunity for his students inviting them to write about any of the women they’re reading about for ‘My Biography Project’.

Botel ended the call by sharing some of her favorite advice about writing over the years. (It was getting close to the students’ lunch break, anyway.)

“Show don’t tell,” she said. “Don’t use too many adjectives. What would that feeling look like? Writing starts with thinking, and clear writing is clear thinking.”

Mr. T really wanted Botel to explain why editing and reviewing a draft is important.

Botel’s path to becoming a journalist was not straightforward, but she’s always been a writer, she told the class.

“If you want to do something, this sounds cliché, but don’t listen to anyone, just do it!” she said. “But do listen to your parents sometimes.”

See all of Botel’s reporting 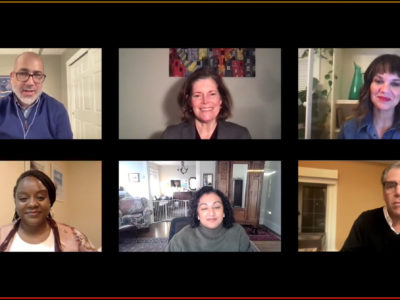