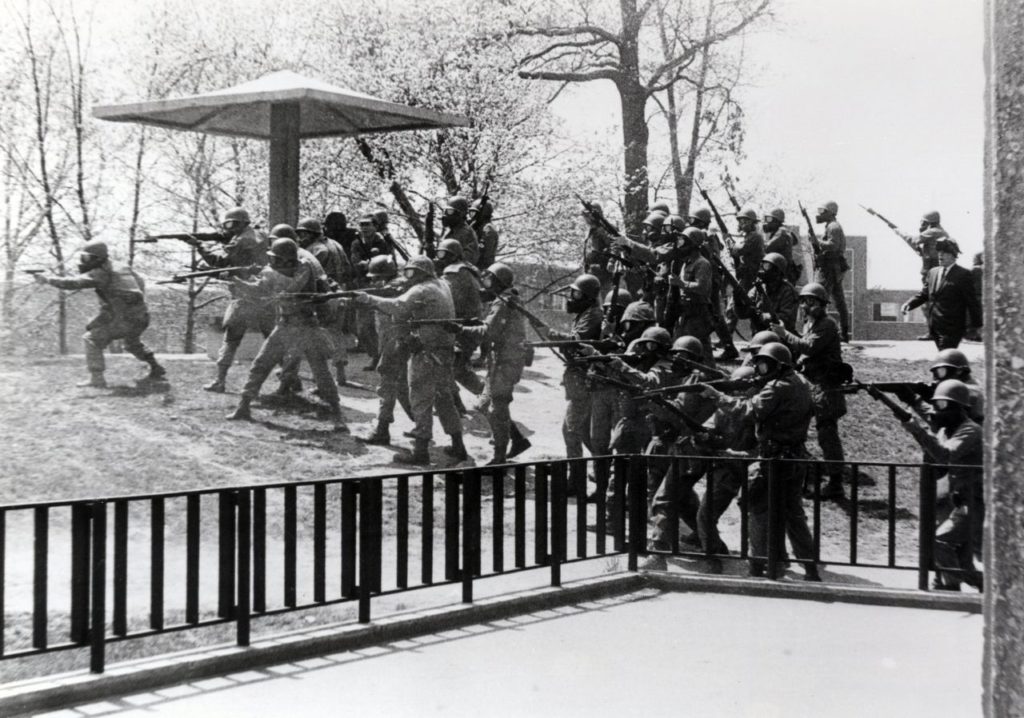 The moment when the Ohio National Guardsmen open fire on students and protesters at Kent State University on May 4, 1970. (Photo by John Darnell)

It was May 4, 1970 and student protesters against the war in Vietnam were gathering at Kent State University in Ohio. Soldiers from the Ohio National Guard moved in to disperse the crowd, but instead they opened fire with a barrage of more than 60 rounds in just 13 seconds on the demonstrators, killing four students and wounding nine others. The incident shocked the nation and contributed to changing the public’s perception of the Vietnam War.

At the center of what’s become known as “The Kent State Massacre” lies the accurate and timely reporting of the Akron Beacon Journal, the local newspaper that covered the incident, providing the public and, ultimately, history, with a clear and factual account of what happened that day.

Robert Giles, who was raised in Cleveland, Ohio, was at the helm of the Akron Beacon Journal at the time and, as managing editor, he led the newspaper’s Pulitzer Prize-winning coverage. Ahead of the 50th anniversary of the deaths of these students, Giles has authored “When Truth Mattered,” published by Mission Point Press, a first-person account of the events of that day, both on campus and in the Journal’s newsroom.

Giles, the retired curator of the Nieman Foundation for Journalism at Harvard University, has pledged to donate a portion of the book’s profits to GroundTruth each year, as a gesture of support for the training of the next generation of reporters and editors.

“During a critical time, when citizens are dependent on deeply reported stories by reporters trained to ask hard questions, examine records and rely on experts who know the facts, there is no better contribution my book can make than to help young journalists learn to effectively report in a complex world,” said Giles. 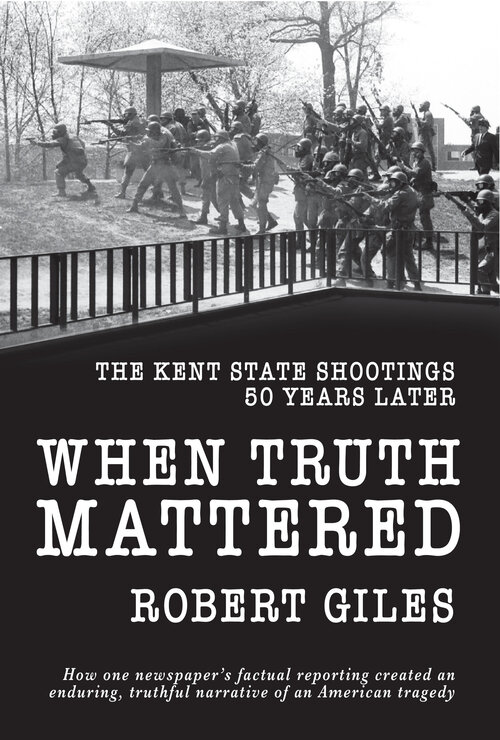 Giles’ generous commitment will contribute to GroundTruth’s ongoing efforts to restore journalism from the ground up, at the local level. Through our Report for America initiative, we’ll field 225 reporters in 164 newsrooms across the country starting in June. They will cover the impact of the COVID-19 pandemic in local communities and later report on vital topics, like poverty, social exclusion, climate change and rural issues. Nine of those reporters will be based in Ohio, including Akron, continuing the tradition of public service through journalism that Giles championed during his time at The Akron Beacon Journal and later as the Editor and Publisher of The Detroit News.

“This book is a powerful and timely exploration of the process of getting to the truth on a difficult story, and doing it on deadline. Reading the details of how the newsroom at the Akron-Beacon Journal, under Bob Giles’ leadership, came together to stay focused on gathering facts reminds us all of the important work of journalism,” said Charles Sennott, GroundTruth Founder, CEO and Editor-in-Chief.

“They say that journalism is the first draft of history,” added Sennott, “but this book 50 years later is the polished, final draft and it reveals an enduring message: the truth still matters.”

Read more about this pivotal moment in American history in When Truth Mattered, available on Amazon.com, Goodreads.com and bookshop.