Audio: The world reacts to Trump 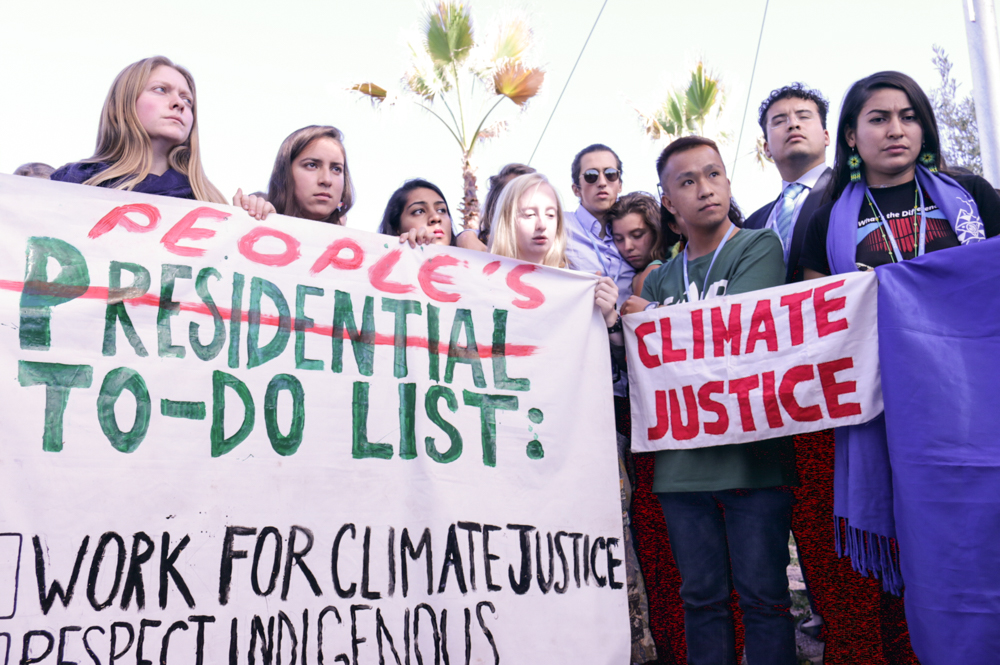 Worried climate justice advocates hold up a to-do list to address climate change and its many effects in lieu of Donald Trump's upcoming U.S. presidency. (Photo by Justine Calma/GroundTruth)

At the United Nations conference on climate change in Marrakech, 25,000 people from all over the world are reacting to the results of the U.S. presidential election, and wondering how it will affect both their work here and their lives back home.

Donald Trump has promised to pull the United States out of the Paris Agreement on climate change – the most significant global effort to take on the creeping crisis of global warming. The president-elect has also made disparaging comments about the countries and religions of many of the delegates here, prompting reactions that could be heard throughout the halls of the conference.

GroundTruth fellow Chris Bentley and I captured five of those voices, from an environmental activist based in China – the country Trump claims invented climate change as a hoax – to a Sudanese young woman worried about how climate change has fueled conflict in her country.