At the dusk of impeachment, the dawn of a vengeful era in Washington 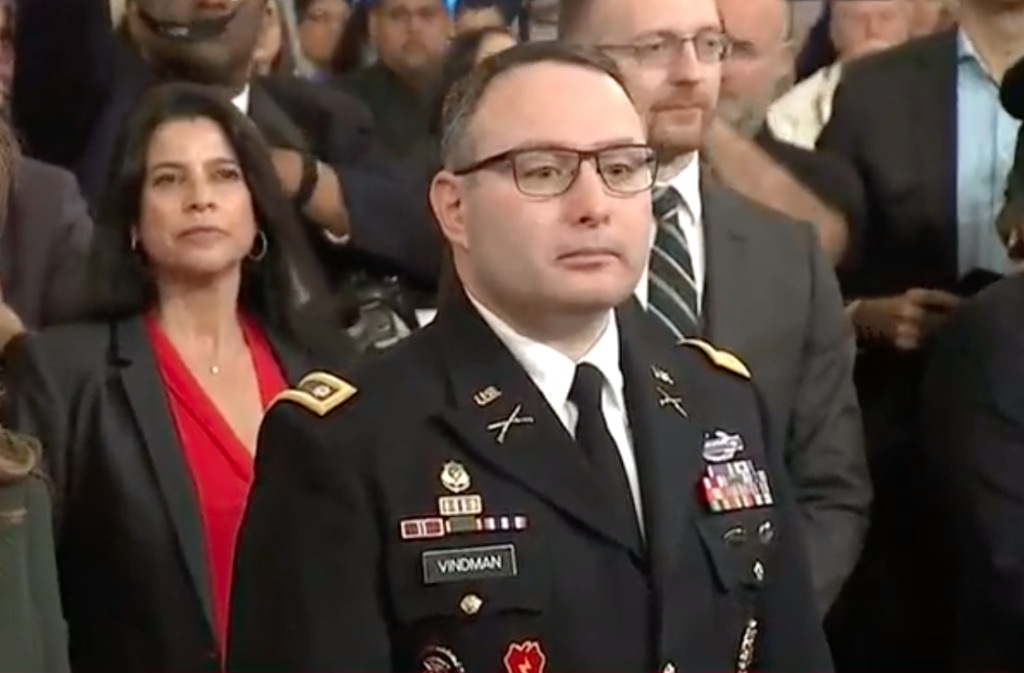 WASHINGTON — A menacing spirit of vindictiveness is settling in like dusk over the White House, and one can only imagine how worried the whistleblower in the Ukraine investigation must be amid the gathering darkness.

Since early December, our newsroom here at GroundTruth has known the name of this person who brought forward information that they felt was an immoral and possibly criminal attempt by the Trump administration to withhold military aid to Ukraine in exchange for an investigation of his political rival, Joe Biden, and his son, a claim which triggered Trump’s impeachment trial.

Like most reputable news organizations, GroundTruth chose not to publish the name because it would be a violation of the Whistleblower Protection Act and because it would put the person at risk of personal harm. It wouldn’t even make sense editorially, since a chorus of whistleblowers had come forward after the initial warning with extensive on-the-record testimony that made the same claims but with more detail.

Indeed, these witnesses, such as Lt. Col. Alexander Vindman, an expert on Ukraine who was appointed to Trump’s National Security Council, who testified before the House impeachment proceedings had significantly more information than the original whistleblower. Despite their testimony, all but one lone Republican Senator determined that there was no need to hear any more witnesses or evidence as the summarily moved to acquit the president on the impeachment charge.

President Trump was quick to retweet the name of the whistleblower and although he stopped short of saying it himself, Republican Senators, such as Rand Paul, made a point of exposing the name. Paul read the name into the record on the floor of the Senate during the impeachment hearing, even after being denied in doing so by the Chief Justice John Roberts, who presided over the trial.

A New York Times editorial seemed to sum up the gravity of the line that was crossed when Rand Paul did this:

“Mr. Paul’s stunt shows us the real power of such transgressions. Incivility is one thing; bullying people into silence is quite another. The former scores points. The latter potentially warps the balance of power between Congress and the executive branch, and smothers the protections that make government go. These are the sins that should merit our outrage, get us out campaigning and march us to polling places. The defense of our system of government demands no less.”

These efforts to expose the whistleblower seem to be a blatant attempt to warn off potential, future whistleblowers. Apparently in the Trump era, to reveal wrongdoing is to betray the president. As Lt. Col. Vindman was removed from his post last week and marched out of the White House, he told reporters that the president had “decided to exact revenge.” Senator Lindsey Graham, a Republican from South Carolina, warned, even before Trump was acquitted, that the Senate Intelligence Committee will investigate the initial whistleblower

Where is the outrage about this stunning breach of the spirit of the law to protect whistleblowers from retaliation? An attorney for the initial Ukraine whistleblower, Andrew Bakaj pointed to a “deafening” silence from Sen. Chuck Grassley, a Republican from Iowa, who has in the past championed the rights of whistleblowers. Bakaj was hardly alone in criticizing the president’s actions. Former federal prosecutor Christopher Alberto wrote that by publicizing the name, Trump was carrying out “a direct attack on our constitutional republic & national security.” Carrie Cordero, a national security lawyer and CNN analyst, pointed out on Twitter that “just a few short years ago it would have been unthinkable for an American president to flout the law & intentionally endanger an intelligence community professional.”

Amid the descending darkness in Washington, we went back to our December 13 interview with the father of all whistleblowers, Daniel Ellsberg, a defense analyst who exposed a pattern of lies and deception in the build up the war in Vietnam when he released the Pentagon Papers in 1971. When Ellsberg came forward, he faced life in prison and was not protected by the federal Whistleblower laws we have today. We asked him how he viewed the drama unfolding in the aftermath of Trump’s impeachment trial, his acquittal and his administration’s determination to exact revenge on those who exposed what they felt was wrong.

“Now, this whistleblower, I might say used a tactic which is fine of getting it out without being prosecuted through channels. But it didn’t work any more than anything else worked. The White House, in violation of the act, kept that complaint from going to Congress. Only whistleblowers acting without authorization, not through channels, who told Congress that that complaint existed and they should ask for it and subpoenaed. We wouldn’t have it otherwise without people who put that on. We don’t know who that is. In addition to the whistleblower, he had to do what he did, but they had to do what they did or we wouldn’t have this information.”

“So all of those people were critical to this impeachment, which I think is very important. So what I did learn, though, even before Snowden, Chelsea, I thought of a way of saying what I want to be said without seeming to be self-serving. So I began saying and it’s been put on posters in various times next to the State Department with a picture of me, the following words.”

“Don’t do what I did. Don’t wait until bombs are falling, or until thousands more have died before you go. If you have information that we are being lied into a wrongful war or a violation of the Constitution, don’t wait, as I did to go to the press and Congress with documents and put those out at whatever personal cost. I said the cost will likely be very severe. But a war’s worth of lives may be at stake. … And the stakes are such that it can be worth your life. It can be worth going to prison for life.”

Ellsberg added, “You’ve got a government that, as before, will keep silent about what they know are falsehoods and even terrible policies. That’s same as before, essentially, I know it’s not much different. In fact, there’s more whistleblowers now than there used to be because there’s more people as Trump is right in thinking, there’s more people in the government who disagree with his policies than there used to be. So they are willing to blow the whistle. I’m glad they are.”

Listen to the interview with Ellsberg: 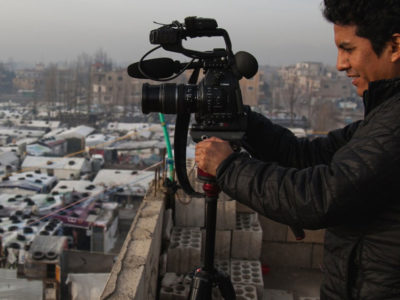