Aspirational climate goal embraced at U.N. talks, but not by U.S. 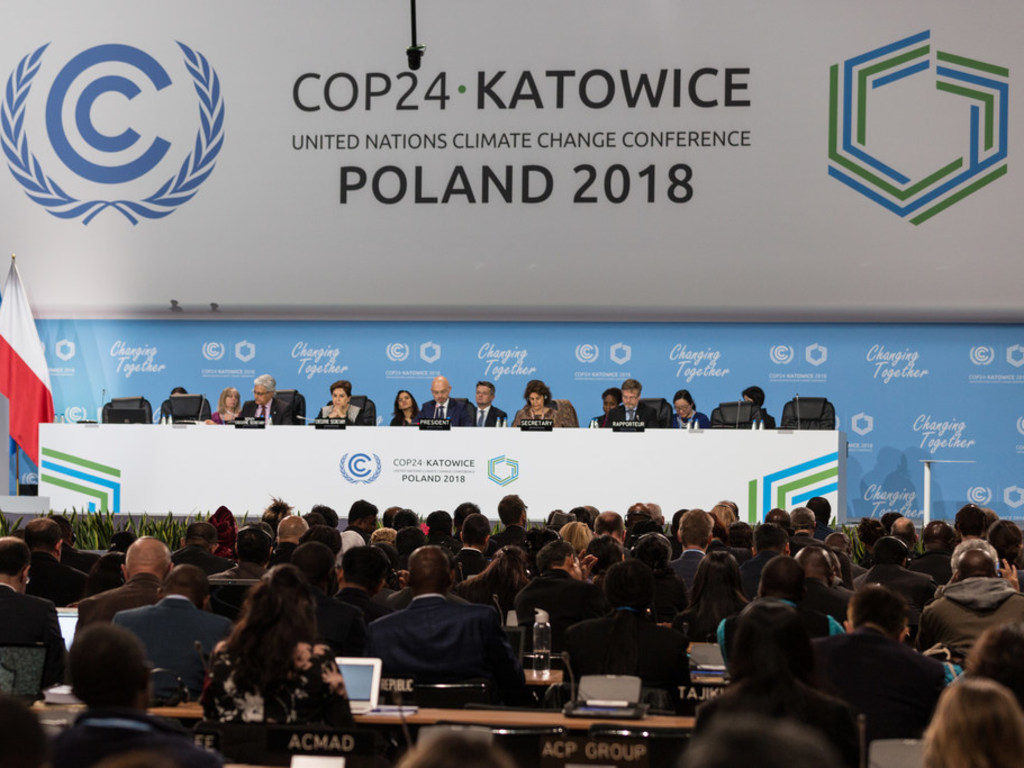 For decades, diplomatic discussions have focused on how to keep Earth’s average temperatures from warming more than 2 degrees Celsius (3.6 degrees Fahrenheit) above preindustrial levels by century’s end.

This has suddenly and sweepingly changed: Following the recent release of a major scientific report, negotiations at this year’s United Nations climate summit have been defined by the possibility of limiting the warming to 1.5 degrees Celsius (2.7 degrees Fahrenheit) instead. This shift has surprised even seasoned climate negotiation observers, and has set off a debate that pits the United States and three other fossil-fuel-producing nations against much of the rest of the world over the extent to which science should inform policy, and how ambitious the world should be about slowing the climate crisis.

The report, released in October by the Intergovernmental Panel on Climate Change, the U.N.’s climate scientific body, summarized the findings of more than 6,000 studies that examined what a half-degree difference in the targets could mean for the immediate future of the world. It concluded that even with 1.5 degrees of warming, some outcomes will be grim – but that 2 degrees would be far worse. The extra half-degree would mean an additional 4 inches of sea level rise, an ice-free Arctic Ocean at least once a decade, and the effective extinction of coral reefs, the research projects.

Neither goal will be simple to achieve: The world’s average temperatures have already climbed by about 1 degree Celsius (1.8 degrees Fahrenheit) since preindustrial times, and even with the ambition laid out three years ago in historic negotiations in Paris, temperatures are projected to rise by 3.2 degrees Celsius (5.8 degrees Fahrenheit) by 2100. Nonetheless, the report concluded there still remains a window of opportunity to limit warming to 1.5 degrees, but it would require the world to drastically reduce its use of fossil fuels within the next decade.

Delegates from the U.S., Saudi Arabia, Kuwait and Russia on Saturday faced off against scores of other countries in a political battle over how much to establish the report’s conclusions as a benchmark for future action. The dispute, which must be resolved in the final days of negotiations this week, concerns the precise verb the U.N. will use when acknowledging the report in its negotiating text – whether to “welcome” the report or simply “note” it. For both sides, that language has come to represent the world’s obligation to reduce its dependence on oil, gas and coal – the fossil fuels that are the primary cause of global global warming.

“The report was a huge deal to small countries, because the bigger ones always said, ‘Well, 1.5 – that’s kind of cute, but it’s not going to happen.’ But the report is 6,000 scientists saying that actually, half a degree makes a huge difference,” said Monica Araya, a delegate from Costa Rica.

She said the fight over language underscores the power of the report’s message, and the fears fossil-fuel-producing nations have that it will catalyze demand for a rapid transformation of the energy sector.

“People thought this would be easy part of the negotiations, to get an endorsement for the IPCC report,” she said. “It just shows how much is at stake.”

Scientists have given delegates several briefings on the report during the negotiations, and at today’s plenary meeting of high-level ministers, most referred to the report as they laid out their country’s plans on climate change.

The reorientation has not only been felt in the diplomatic community, but also the nonprofit and business worlds, said Lou Leonard, World Wildlife Fund-US senior vice president for climate change and energy.

“It’s changed the conversation about what ambition should look like,” Leonard said. “It used to come up and people would be like, ‘Don’t talk to me about your crazy left-wing ideas.’ Now it’s the new standard of leadership.”

This shift was catalyzed by the efforts of small island nations, including the Marshall Islands, considered extremely vulnerable to climate change, during the seminal 2015 climate summit in Paris. Until the final week of negotiations that year, the draft text aimed at keeping temperature rise below 2 degrees. But a coalition of climate-vulnerable nations argued that a 2-degree world would put their people at too great a risk, and threatened to walk away from the accord entirely if an aspirational goal of 1.5 degrees wasn’t also included.

At the time, then-President Barack Obama initially asked the coalition to back off its demand because it would be too difficult to achieve, said Saleemul Huq, senior fellow at the International Institute for Environment and Development, an advisor to the vulnerable nations during the negotiations.

“Our answer was, it may be difficult, but at 2 degrees you are telling the poorest people on the planet, ‘We are going to protect the rich and we’re not going to protect you,’” Huq said. “If 1.5 was not included, we were walking away because it would be a waste of time.”

Against steep political odds, their gambit succeeded. At the time, few scientists had rigorously studied what a 1.5-degree world would look like, instead having focused on a best-case scenario of 2 degrees, said Lynn. The Paris text invited the IPCC to produce a special report examining the two scenarios, and over the course of the next few years, thousands of new studies were produced on the topic by researchers around the world.

But in the weeks before the IPCC report was published, it had already raised the hackles of several fossil-fuel-producing nations.

In early October, parties to the Paris climate agreement met in South Korea to review and approve the report and its summary for policy makers. Repeatedly, delegates from Saudi Arabia – sometimes backed by the U.S. – sought to limit the report’s language, arguing for fewer references to the consequences of climate change and for more highlights about the limitations of the research, according to a summary of the meeting and people who attended. In the end, delegates from Saudi Arabia, Egypt and the U.S. each read statements recording their outstanding complaints into the formal record. The delegate from Saudi Arabia contested references to the Paris agreement and the carbon-reduction commitments it demands, saying the policy references were outside the science report’s mandate. The U.S. delegate stated that the panel’s acceptance of the report “does not imply its endorsement of the report’s findings,” and reiterated that the U.S. “intends to withdraw from the Paris Agreement at the earliest opportunity absent the identification of more favorable terms for the ‘American people,’” according to the summary.

Within 24 hours of its release, 10,000 articles and 5,000 broadcast segments highlighted the report worldwide, and references to it have continued to appear in media coverage of climate change worldwide, according to Lynn.

“The report came at the exact moment where people were needing this kind of information,” said IPCC Secretary Abdalah Mokssit. “And when you have information, any choice taken or not taken is your responsibility.”

Political strife once again cropped up over the report last week, during the first half of the two-week climate negotiations known as the Conference of the Parties, or COP, in Katowice. On Saturday night, delegates engaged in two and a half hours of emotional debate over whether the IPCC report should be “welcomed” by the conference’s negotiating text, as most countries advocated. Saudi Arabia, Russia and Kuwait called for the study to be “noted” instead. The U.S. was willing to accept “noted” along with an expression of appreciation to its authors, fearing that the word “welcome”  would “denote endorsement of the report,” according to a U.S. State Department spokesperson.

The negotiations failed to reach a consensus that night, setting up a political fight over the issue for the remainder of the conference. A final decision about how to reference the text must be made by conference’s end on Friday.

At heart, the debate is not semantical, but symbolic, said Li Shuo, senior climate and energy policy officer at Greenpeace East Asia, who watched the debate develop in October and spill into the conference in Katowice.

“The most important message from the 1.5 report is that there’s an ambition deficit, and that will come with significant consequences,” he said. “The verb used will be a very important reflection of the political appetite for real change.”

Katie Worth is a GroundTruth Fellow and a 2018 O’Brien Fellow in Public Service Journalism at Marquette University’s Diederich College of Communication.

This story was produced as part of a collaboration between FRONTLINE and The GroundTruth Project examining climate change and its impact on women and children.

A version of this story also appeared on FRONTLINE on December 11, 2018