ON THE GROUND IN ALLEN JUNCTION, WV

A year of giving voice in rural Appalachia 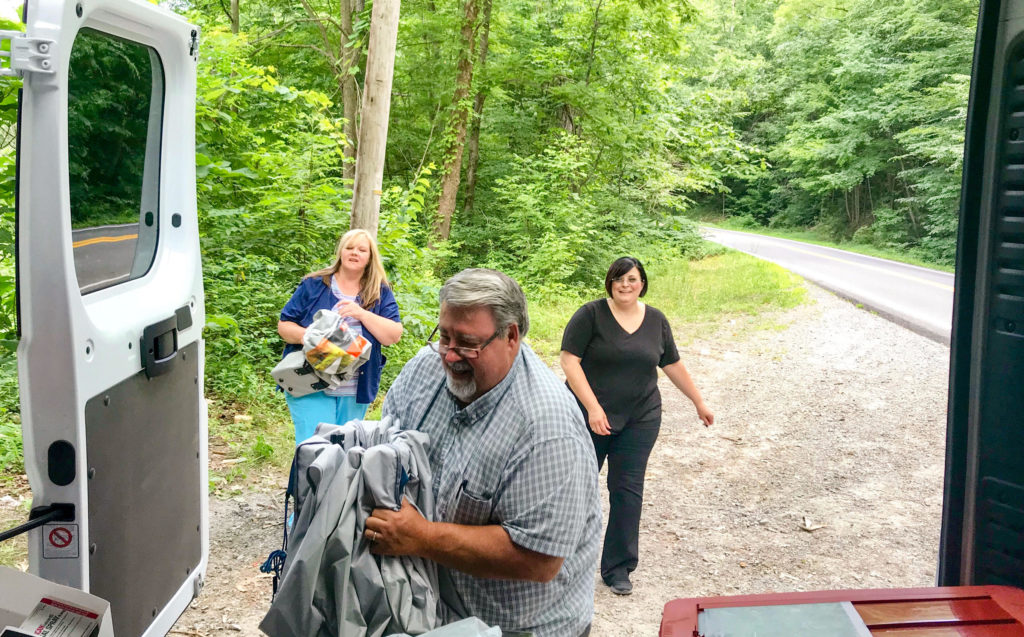 ALLEN JUNCTION, West Virginia — One morning this summer, I found myself standing on the side of the road, as a man I’d never met before told me about his struggles with addiction.

I had been riding with health officials in one southern West Virginia country, among those in Appalachia most susceptible to an HIV outbreak because of needle-sharing. Once a week, they trek from one end of the sprawling county to the other, offering clean needles in exchange for used ones in a few of their most remote communities — calling it a win if they reached even a handful of people.

The stigma surrounding addiction can send people into the shadows, but the officials in this tiny health department treated these visitors with the dignity they deserve, and some, like the man I talked to, kept coming back.

A few months earlier, Charleston, the state’s capital and largest city, made national news when it suspended its needle-exchange program, the mayor calling it “mini-mall for junkies and drug dealers.” But a few hours south, here was this unmarked van dispensing hope, along with medical supplies, in parking lots and on the side of the road.

I’ve learned living in southern West Virginia that the richest stories often lay just out of plain sight. Some of them I put on the air as a Report for America corps member at West Virginia Public Broadcasting.

I’ll remember the hundreds of coal miners who were laid off two months before the holidays, some of whom were finally resigned to get out of the business altogether.

I’ll remember the stylist doing free hair and makeup for women in a recovery home so they might begin to regain a sense of themselves.

I’ll remember the nonprofit director honored by the state for her work getting food to the county’s most rural children over summer break, a time when many go hungry.

I’ll remember the people who let three RFA corps members into their homes to share the indignity of life without access to decent water or sewer infrastructure. I’ve been outraged by the conditions they must live with but am forever inspired by their spirit and courage.

And I’ll remember the high schooler who, lacing up his rainbow shoes for West Virginia’s first prom for LGBTQ kids, talked openly about being gay in one of the country’s most isolated places. After the story ran, he said his assistant principal called him into the office, saying she’d heard his story and wanted to make sure he no longer felt bullied at school.

While sometimes lonely and isolating, life outside of work in this region could be just as memorable if you were willing to make your own fun.

There was the extemporaneous open mic night at the local bar and evenings breaking bread with a Filipino family who became good friends. There were Saturday mornings wandering around the farmer’s market after teaching Zumba classes and Sundays casting around for adventures just across the river in eastern Kentucky.

There was the sweet discovery of a well-stocked bookstore owned by a loyal public-radio listener and the day spent cleaning up a trash-soaked lake on a kayak with a fellow RFA corps member. There was the last-minute call to join the local cast of Rocky Horror Picture Show and lots and lots of miles over the dizzying hairpin curves of Horsepen Mountain.

This region was a mystery to me growing up in the northern part of the state, and my goal this year was to put more voices from the region on WVPB’s airwaves. I will be leaving southern West Virginia in 2019, but I am grateful for the people who opened their homes to me, who shared stories, time, food and experiences.

I hope the region is better for hearing their voices. I know I am.