In anxious times, real stories of climate change can lead the way toward action 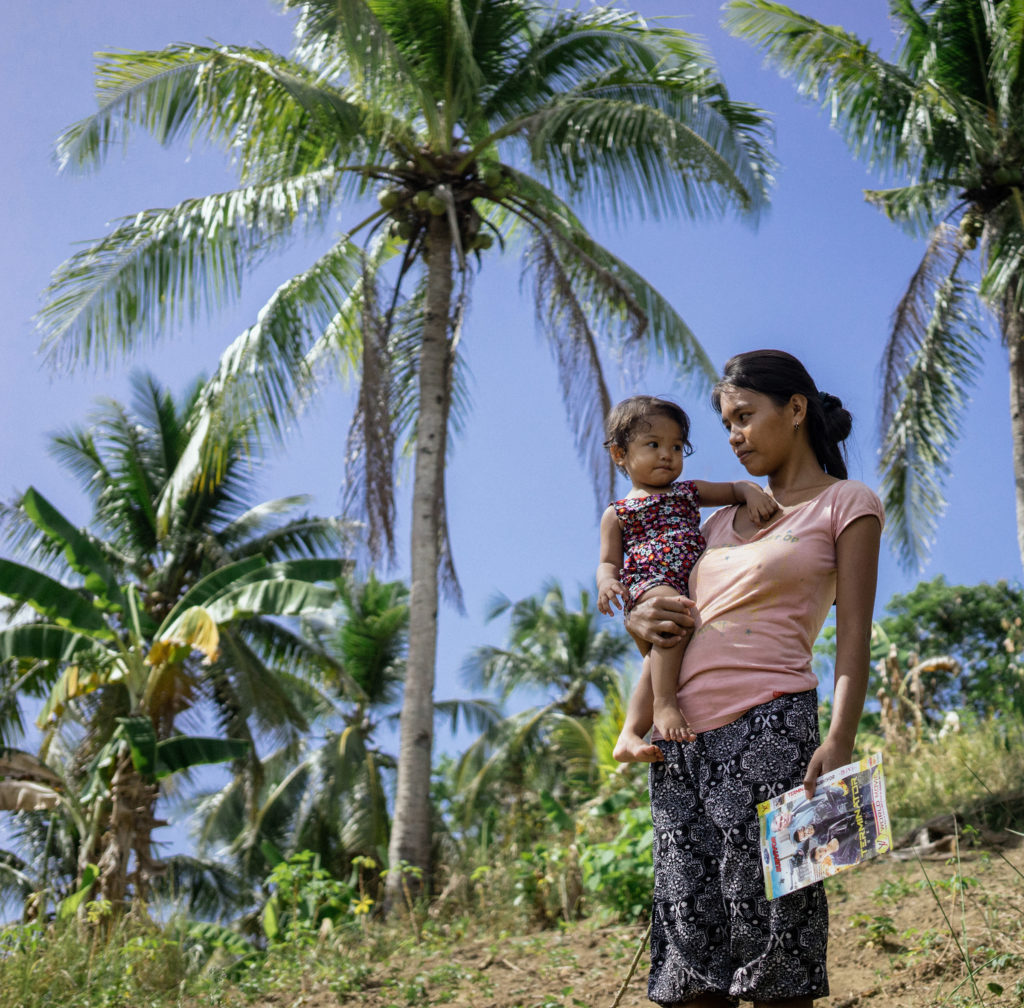 A mother holds her baby in the Philippines, where climate change is driving waves of human trafficking. (Photo by Hannah Reyes Morales/GroundTruth)

WASHINGTON — Climate change is making us more anxious, more depressed and more suicidal, reports the American Psychological Association, and it’s happening as a record high proportion of the U.S. population believes the problem is real and caused by humans.

The number of Americans who absolutely do not believe in climate change is down to 19 percent this year, according to Gallup (it was 28 percent in 2010). While that group saves its worries for other things, the other 81 percent are susceptible to an emotional spectrum ranging from mild concern to deep despair.

This ensuing “eco-anxiety” comes from the idea that one is not doing enough to stop profound changes to the ecosystem. The Trump administration’s detonation of U.S. climate policy only compounds the pressure as environmental advocates have sounded the alarm that humankind cannot afford to go back in time. But with tens of thousands of people headed into the capital for the March for Science on Saturday — Earth Day — there may be hope for how we talk about what’s happening on the planet. 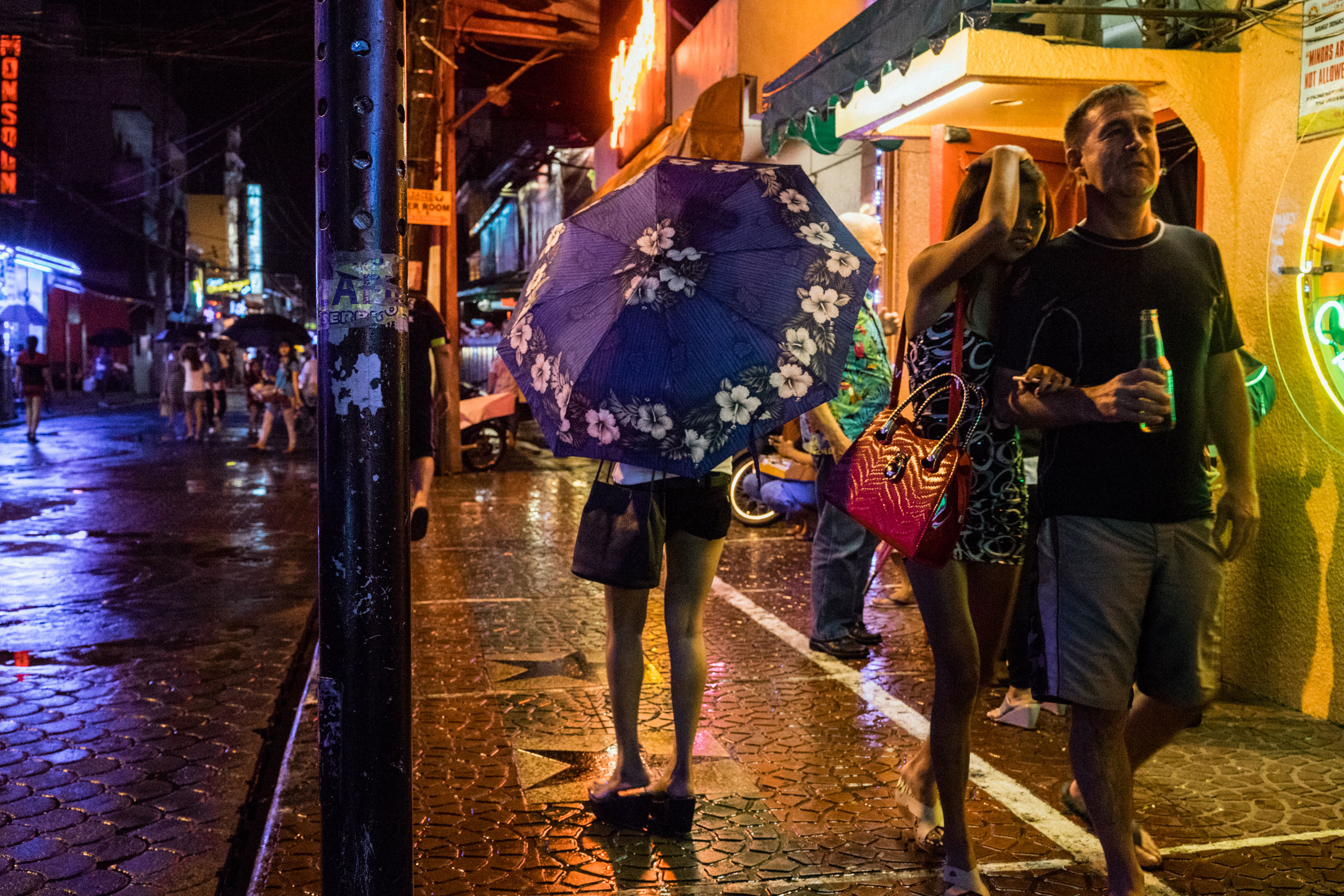 A scene from Fields Avenue, the red light district in Angeles City, notorious for its sex tourism. In the wake of typhoons, women and girls wind up in the sex trade after being displaced by storms. Click on the photo to see the story. (Photo by Hannah Reyes Morales/GroundTruth)

That means understanding and sharing the very real consequences of ecological disaster with terrible effects on the people who are experiencing them. It means traveling far beyond anxiety and telling the personal stories of injury and death that are also consequences of climate change. These stories are effective because the public is most receptive to local examples of climate change’s effects.

And even climate skeptics are more willing to come to the table if the focus is on human health. Researchers have found that once people acknowledge the problem at a local level and begin to understand it, something productive can begin. It’s akin to climate therapy. 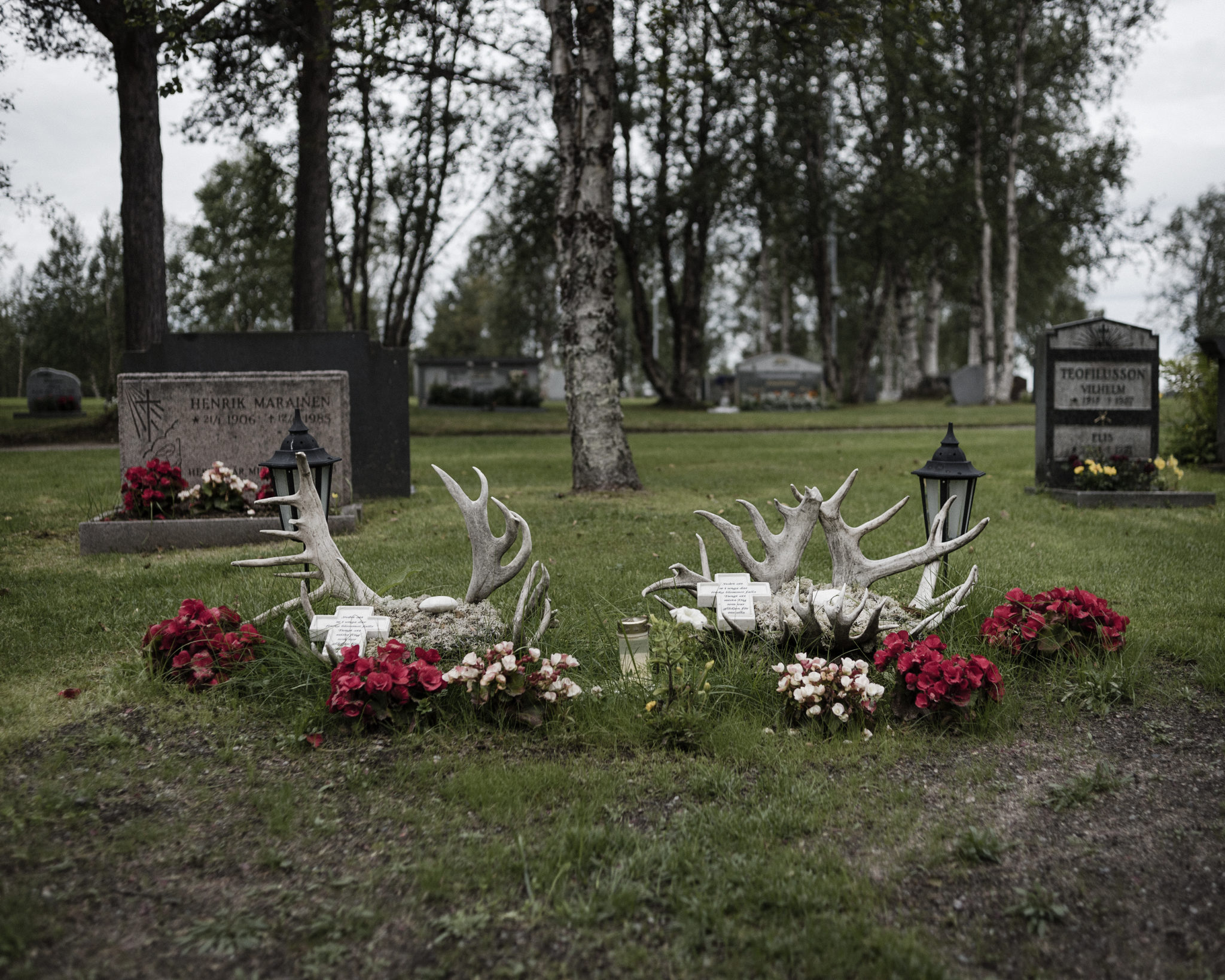 The graves of Gustu and Heaika Marainen are decorated with flowers and antlers. The two young men, both indigenous reindeer herders in Arctic Scandinavia, took their lives in a time when climate change is jeopardizing their way of life. Click on the photo to see the story. (Photo by Camilla Andersen/GroundTruth)

“People’s willingness to support and engage in climate solutions is likely to increase if they can relate them to local experiences, or if they see the relevance to their own health and well-being. Additionally, individuals who have higher perceived environmental self-efficacy, or the sense of being able to positively contribute, are more motivated to act on climate solutions,” found the APA report, released last month.

As a team of journalists seeking to connect audiences with the realities of a changing planet, The GroundTruth Project assembled an international team of reporters who have worked for the last 18 months, beginning at the United Nations climate summit in Paris in late 2015.

GroundTruth’s work has focused on the people whose well-being has been most affected. Often, that’s women and children. In “Living Proof: The Human Toll of Climate Change,” we featured stories of sex trafficking in the Philippines, armed conflict in Somalia, infectious disease in Puerto Rico, suicide in the Arctic as well as adaptation to rising seas in Europe and along the American East Coast.

We realized that we — along with other Americans — have a lot to learn from these stories, traumatic as they may be to report and to read, see or hear. And these stories, informed by careful reporting and anchored in fact, become tools for advocates and policymakers to work toward actions they deem most effective.

We know that stronger storms, more severe droughts, longer mosquito seasons and shrinking coastlines all bring about other problems. In other words, climate change creates a “threat multiplier,” as a Pentagon report put it in 2014.

Three years later, federal funding for climate science is on the chopping block, and U.S. climate policy is up for renegotiation under President Trump. Yet local activists around the world offer inspiration with their own solutions, galvanizing the global movement that will be on display in the climate marches this month. There is evidence, however, that the mainstream media is losing interest.

“In 2016, evening newscasts and Sunday shows on ABC, CBS and NBC, as well as Fox Broadcast Co.’s Fox News Sunday, collectively decreased their total coverage of climate change by 66 percent compared to 2015, even though there were a host of important climate-related stories,” the organization found. 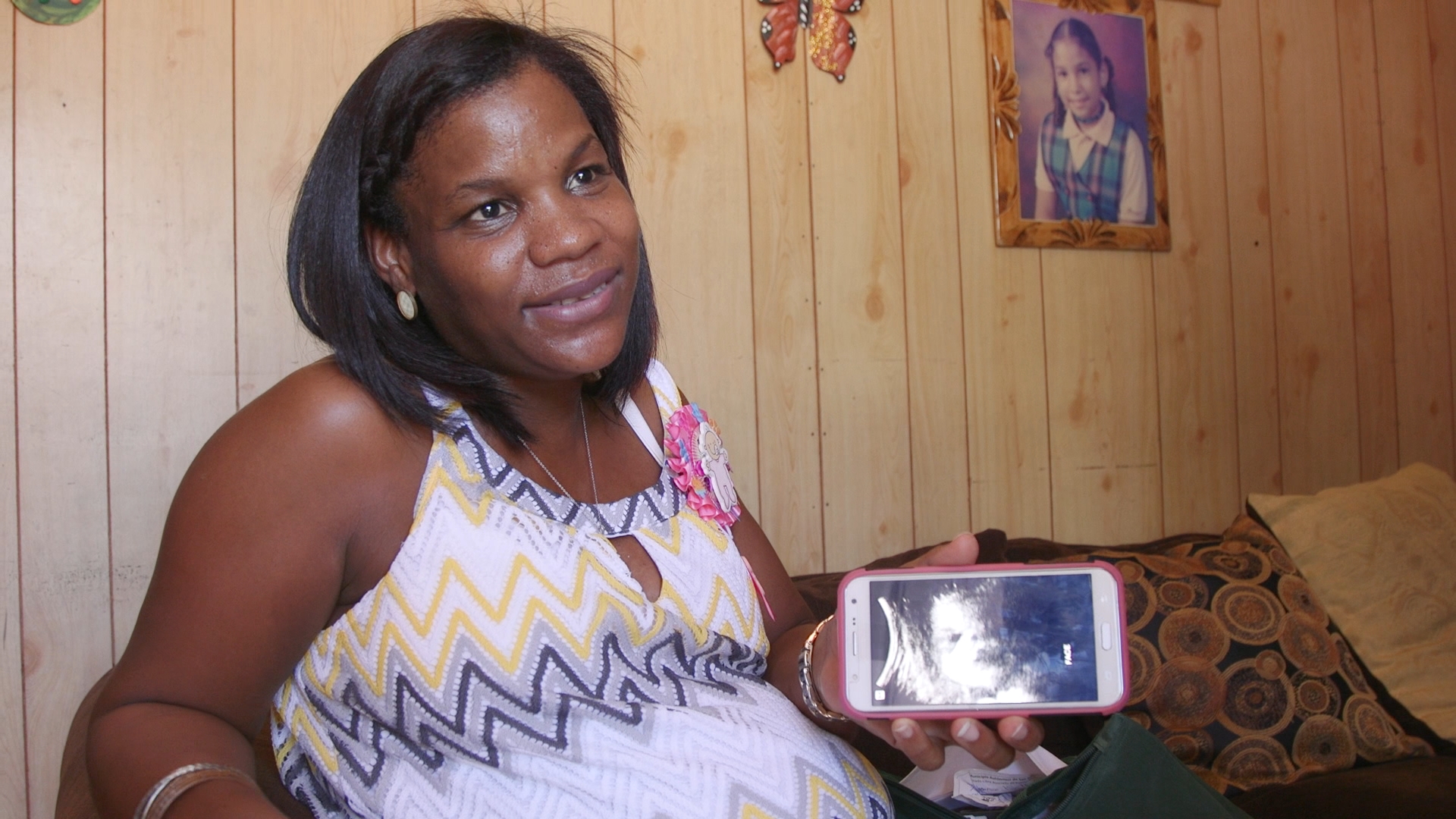 A woman named Adriana shows an image of her expected child, but she’s overwhelmed with worries about Zika. Click on the photo to see the whole story. (Photo via GroundTruth Films)

And while it makes sense that the U.S. election dominated 2016 coverage, it’s less clear why candidates’ opinions on climate received scant attention. The major networks “did not air a single segment informing viewers of what to expect on climate change and climate-related policies or issues under a Trump or Clinton administration,” Media Matters found.

So there is a danger that, while public awareness of climate change has never been higher, Americans could be left in a sort of limbo as the Trump administration takes aim at President Obama’s climate legacy.

And that is where climate organizers have stepped in, trying to connect information gathered by researchers and journalists with action, celebrating the role of science and cheering on the environmental movement. 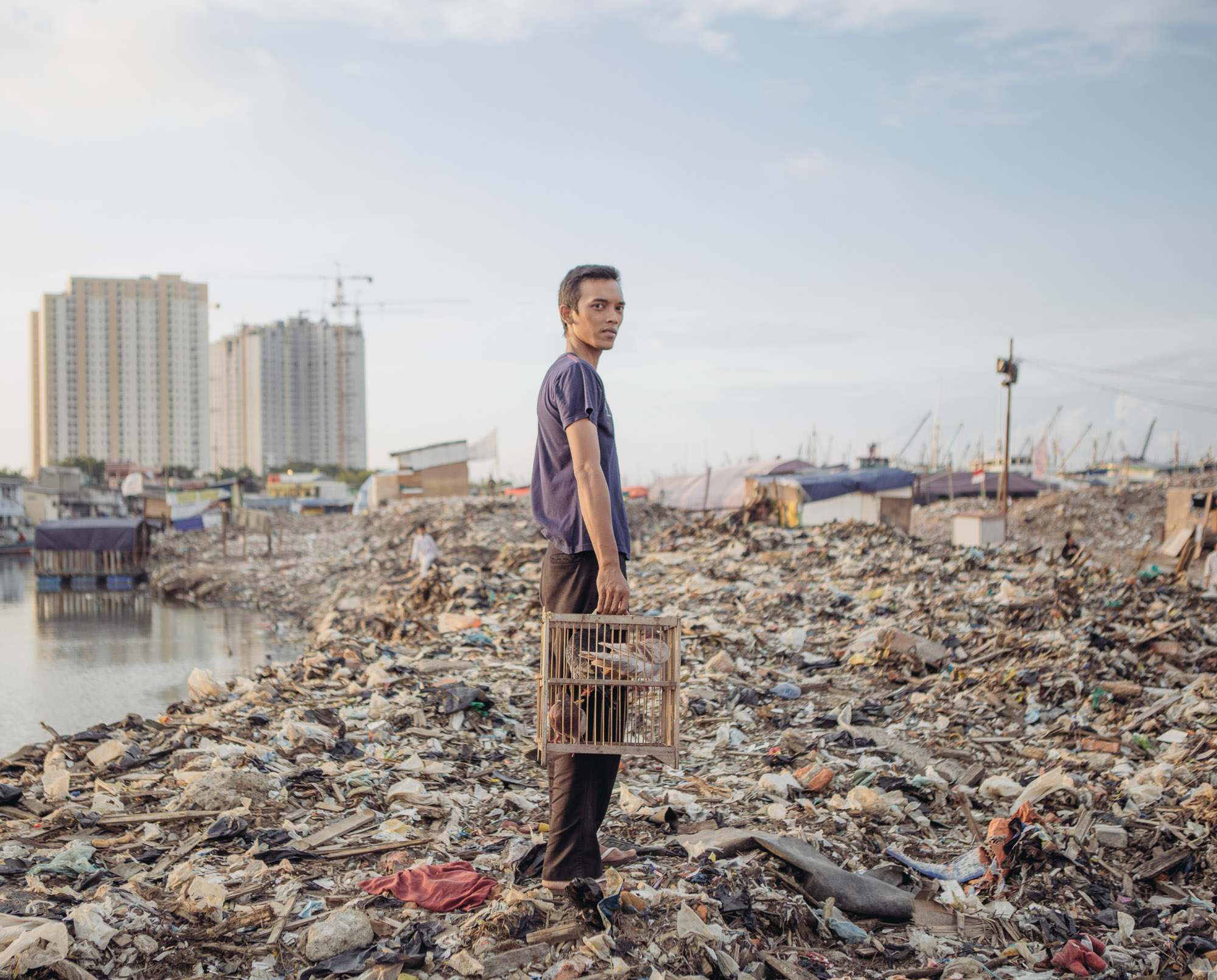 A man with his pigeons posed for photographs in Pasar Ikan district of North Jakarta. As part of Jakarta’s river revitalization project, a settlement in this district was recently razed, leaving its residents homeless. It’s part of an effort to combat sea level rise, worsened by climate change. Click on the photo to see the story. (Photo by Muhammad Fadli/GroundTruth)

“The bottom line is this,” wrote Charlie Furman, an organizer of the People’s Climate Movement, expected to host more than 200 marches around the world on April 29. “There are few things more uplifting in troubled times than being with community raising our voices together for the world we want to see.”