BOSTON — The GroundTruth Project, in collaboration with Boston public media producer WGBH, today announced the five early-career reporters selected for “Crossing the Divide,” a project that aims to satisfy a national hunger for greater civic engagement, media literacy and journalism that seeks to bridge divides. This cross-country road trip will span from late August to mid-November 2017.

“At a time of deep divisions in America, we wanted to bring together a truly diverse team of reporters to take the great American road trip and tell stories along the way that enlighten and inform,” said GroundTruth Founder and Executive Director Charles Sennott. “This is a truly extraordinary team that hails from red states and blue states, from rural towns and big cities, from new immigrant backgrounds and those who are part of America’s long immigrant past. The goal of this project is for them to come together to report on the issues that divide us and to find the places where we can all come together.”

The fellows are recent graduates of five partner universities — all public — which will serve as home bases for the five main reporting regions: Western Massachusetts, Appalachia and Kentucky, the Twin Cities area of Minnesota, Western Montana and California’s Bay Area. During their journey, the fellows will explore and report on the deep social, political and economic divisions in our nation. At each stop along the route, community storytelling events, high school workshops and local media partnerships will help to inform their reporting. They will also document the behind-the-scenes of the journey and their reporting process on Tumblr and across social media.

“As our media landscape becomes more complex, and to many, less trustworthy, we hope that the inclusion of community listening events, and behind-the-scenes content intended to make the journalistic process transparent, will help empower future creators and consumers of news and media to think openly and critically about issues in their communities that directly impact their lives,” said WGBH Director of Youth Media Hillary Wells. “We look forward to seeing how the fellows engage with universities, high schools, and communities across country to cover local stories with national relevance, and to how they can effectively leverage a range of media platforms to engage with an ever-growing digital audience.” 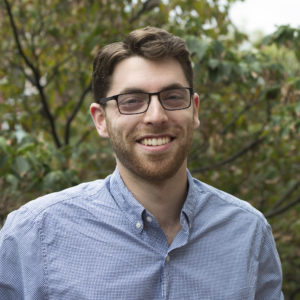 Data & Investigative Journalist
A native of Brockton, Massachusetts, Eric got his start in journalism at the University of Massachusetts Amherst, where his reporting for the Boston Globe on the use of confidential informants by the university’s police, and a former student informant’s overdose death earned him appearances on national television and radio. He worked on the Boston Globe’s Spotlight Team, reporting and assisting on the team’s “Desperate and the Dead” series on Massachusetts’ mental health care system. He’s also worked as a news reporter at the New Bedford Standard-Times and as a research assistant and writer at the Harvard Kennedy School’s Ash Center on a project about the use of data analytics in municipal government. As a fellow for Crossing the Divide, he hopes to learn what makes America great — and what problems need fixing. 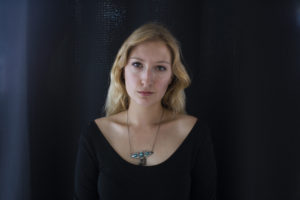 Photojournalist
Brittany spent most of her childhood in the great heights of the Appalachian Mountains in North Carolina and the rolling hills of Western Kentucky. She is currently an independent photographer based in Detroit, Michigan, working on a long-term essay about the Flint water crisis. In the fall of 2014, she was an international photojournalism student at The Danish School of Media and Journalism in Aarhus, Denmark. She has interned for The Oregonian, The Roanoke Times, The Flint Journal, The Washington Post and the San Antonio Express-News. Her work has been recognized by the Hearst Foundation, the Scripps Howard Foundation, College Photographer of the Year, the National Press Photographers Association, the Michigan Press Photographer’s Association, and the Kentucky News Photographers Association. As a fellow for Crossing the Divide, she hopes to grow as a photojournalist and showcase the humanity within our country’s divide. 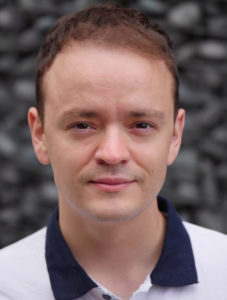 Writer and Reporter
Originally from Caracas, Venezuela, Gabriel has previously witnessed the division of a country. Venezuela, divided between the polarized supporters and opponents of Chavismo, collapsed as a house divided. As similar polarization rises in the U.S., Gabriel is interested in exploring how and why there is seemingly no room for compromise between Republicans and Democrats. Before becoming a reporter, he served as an administrative and legal services specialist in the Marine Corps. Journalistically, Gabriel has covered Minnesota state politics for KSTP-TV, business for the St. Paul Pioneer Press and the metro beat for the Star Tribune. He graduated with distinction from the University of Minnesota’s school of journalism, is a National Newspaper Association Foundation Washington News Fellow and a member of Kappa Tau Alpha. 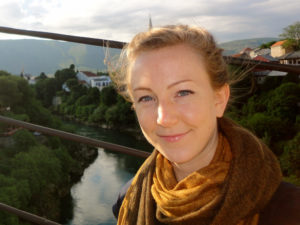 Audio Reporter
Rachel is a newscaster and reporter for Montana Public Radio, and a graduate of the University of Montana’s Environmental Studies Master’s Degree Program. Whether she’s covering wolf-rancher conflicts or tech company startups, she’s drawn to the power of sound — how it can transport a listener to a new place and convey emotion lacking in a transcribed quote. Prior to moving out West, Rachel focused on water issues connected to food and livelihoods as a fellow with the International Water Management Institute in Sri Lanka. She traveled with a team to develop a photo story on water sanitation in Bangladesh that was published by The Guardian. Rachel also organized a trip to Ethiopia to interview farmers, researchers and entrepreneurs to write a series of articles on high-tech/low-tech water solutions. She hopes that the Crossing the Divide project will foster understanding during a divisive time in America. 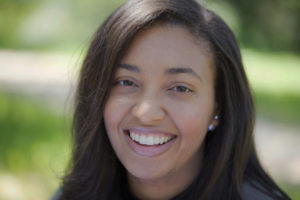 Videographer and Reporter
Mahlia is a graduate of the University of California, Berkeley, Graduate School of Journalism. Previously, she’s participated in the New York Times Student Journalism Institute, held a video internship at The San Francisco Chronicle and interned at “NBC Nightly News With Lester Holt.” She is a member of the National Association of Black Journalists. Born and raised in Las Vegas, Nevada, for her undergraduate degree she traveled to the other side of the country to study English and film at Howard University. While at Howard, she interned with the historic WHUT and also took a year off to serve as an AmeriCorps member to the University of Nevada, Las Vegas Upward Bound program in order to inspire kids to reach higher. In her journalism career, Mahlia hopes to create compelling stories that change the narrative of minorities in mainstream media.

GroundTruth Managing Editor Rachel Rohr is leading the project editorially, and two field producers will be accompanying the reporters on their drive across the country. They are:

Ben Brody
Ben is a photojournalist and writer who has been working for The GroundTruth Project and GlobalPost since 2010, with assignments in Afghanistan, Egypt and the United States. He has a degree in journalism from the University of Massachusetts Amherst and is working toward an MFA at Hartford Art School. Since 2003 he has been an observer of evolving military culture and doctrine, and how it reflects the changing American character and political identity. His work in Iraq from 2005 to 2008 was published in “Photojournalists on War: The Untold Stories from Iraq,” by Michael Kamber. His photo story “Endgame: Afghanistan” was recognized by the Leica Oskar Barnack Awards, LensCulture Exposure Awards and Photolucida’s Critical Mass Awards in 2014.

Qainat is The GroundTruth Project’s Digital Editor. She comes to GroundTruth from local and national public radio programs, where she worked as a writer, producer, reporter and digital editor. She has a master’s in journalism from Columbia University and interned at StoryCorps, the national oral history project. She got her undergraduate degree at Colby College, where she studied Music and Gender Studies. Qainat was born in Tanzania and grew up in Fresno, California.

The GroundTruth Project and WGBH are pleased to partner with The Moth on community storytelling events in Montana, Minnesota and California, and with Narrative 4 for storytelling exchanges with students in the five partner high schools: High School of Commerce in Springfield, Massachusetts; Floyd Central High School in Floyd County, Kentucky; St. Louis Park High School in St. Louis Park, Minnesota; Two Eagle River School in Pablo, Montana; and Fremont High School in Oakland, California. Student reporting fellows will also be identified at each partner high school to have additional involvement with the project, including serving as community ambassadors and working with the fellows during portions of the visit.

In an effort to introduce the journalistic process and real-world examples of civic engagement to younger students, WGBH and PBS LearningMedia™, which provides classroom-ready digital learning experiences for nearly 2 million registered educators across the country, will explore how “Crossing the Divide” resources and content can enhance existing classroom curriculum. Classrooms across the country will be encouraged to follow the reporting fellows’ journey, and a curated selection of content will be added to the PBS LearningMedia collection.

Funding for “Crossing the Divide” is provided to The GroundTruth Project by the Bake Family Trust, the Ford Foundation, the John D. and Catherine T. MacArthur Foundation, the JMB Charitable Fund, the Solutions Journalism Network and individual donors.

ABOUT GROUNDTRUTH
The GroundTruth Project (thegroundtruthproject.org) is an independent, non-profit media organization dedicated to supporting a new generation of journalists to tell the most important stories of their generation. GroundTruth fellowships center on issues of social justice that matter for an increasingly interconnected world, including human rights, freedom of expression, emerging democracies, the environment, religious affairs and global health. In the past year, GroundTruth has been recognized with a National Edward R. Murrow Award, an Alfred I. duPont-Columbia University Award and an Overseas Press Club Award. GroundTruth is based in Boston at WGBH, the flagship PBS station.

ABOUT WGBH
WGBH Boston is America’s preeminent public broadcaster and the largest producer of PBS content for TV and the web, including FRONTLINE, NOVA, American Experience, Masterpiece, Antiques Roadshow, Arthur and more than a dozen other prime-time, lifestyle, and children’s series. WGBH also is a major supplier of programming for public radio, and Public Radio International (PRI) is an affiliated company. As a leader in educational multimedia for the classroom, WGBH is co-founder and the largest content contributor to PBS LearningMedia, (pbslearnmedia.org), a partnership of PBS and WGBH Educational Foundation. PBS LearningMedia is a free PK-12 digital media library that offers educators high-quality, classroom-ready digital learning experiences for engaging students. WGBH also is a pioneer in technologies and services that make media accessible to those with hearing or visual impairments. WGBH has been recognized with hundreds of honors, including Emmys, Peabodys, duPont-Columbia Awards and Oscars. More info at www.wgbh.org. 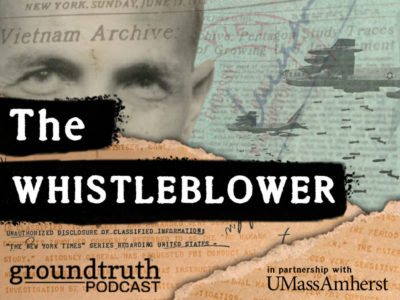 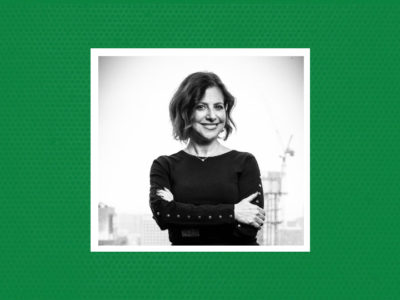