Analysis: After decades of outsourcing, manufacturing jobs coming home to US 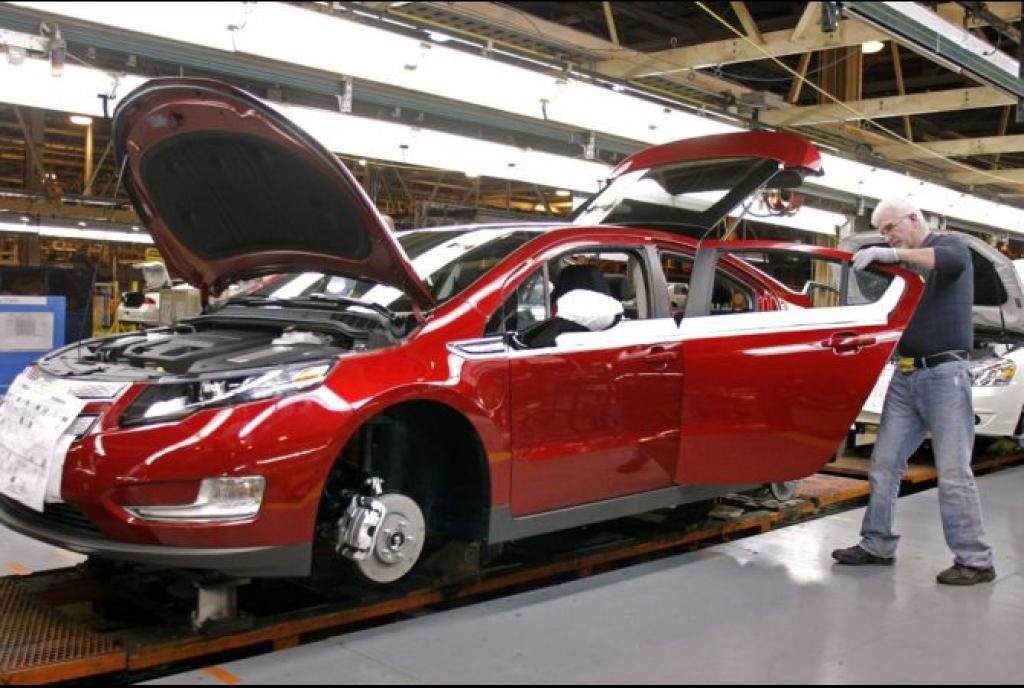 In what some dubbed “a global race to the bottom,” labor rights have dwindled all along the way and the American middle class, long sustained by those manufacturing jobs, finds itself gutted. Now the fate of what is left of the American middle class is at the center of a presidential election and forcing a reexamination of the impact of the global decline of labor rights.

But after years of pain for America’s manufacturing sector and its workers, some economists and analysts are wondering if the tide may be turning.

Call it “re-shoring” or “rebalancing” or just “revenge,” but the dynamics of global labor, transportation and productivity costs that eviscerated American manufacturing over the past decade have begun to shift again.

Over the past few years, some key American manufacturers have either brought jobs back to the US from Asia and Latin America, or have made important decisions not to relocate them in the first place.

For several years now, the anecdotal data has been tantalizing:

Caterpillar is building a $120 million plant to make giant earthmovers in Victoria, Texas, including some models that were previously built in Japan and shipped back to North American customers. The Japan plant is now free to devote more capacity to the booming Asian market.

Master Lock, in Milwaukee, landed a visit from President Barack Obama in February after its decision to bring 300 jobs back from China.

General Electric reversed a decision to build a new “green” refrigerator plant in Asia and decided instead to invest $93 million in refurbishing a plant in Bloomington, Indiana, saving 700 jobs. The company followed up in 2010 by investing $80 million in a water heater plant in Louisville, Kentucky, preventing another 400 jobs from heading east.

Not to be outdone, GE competitor Whirlpool decided to break ground on a new $200 million plant in Cleveland, Tennessee rather than send the 1,500 jobs overseas. The facility is part of a four-year, $1 billion American investment campaign.

Dow Chemical, the cash register company NCR, Sauder Woodworking and the machine tool firm GF AgieCharmilles have all brought overseas production back to the US market in the past three years.

Most economists — even those inclined to sympathize with the Obama administration’s economic policies — scoffed in 2010 when, in his State of the Union address, the president vowed to double US exports in five years — creating 2 million jobs in the process.

It’s not that this wasn’t possible in the eyes of economists. It just wasn’t likely, they thought, that the global conditions and political climate in the United States would allow it.

The “zero effect” — the distorting phenomenon of measuring growth starting at an unnaturally low point — kept a damper on enthusiasm even as export figures soared in 2010-2011.

Many experts assumed that the favorable trends supporting that growth had little to do with long-term shifts. Instead, most felt the numbers reflected a coincidental confluence of events: sky-high oil prices that drove the costs of shipping upwards, a mega-recession that undermined American labor’s negotiating leverage, Federal Reserve “quantitative easing” that kept the dollar cheap and pumped up US exports, and freak events like the euro zone meltdown and the Japanese earthquake/tsunami that took major players off the economic chessboard.

But the data has started to cause reassessments. Monthly net exports have grown from $140 billion to $180 billion since the start of 2010.

Indeed, energy exports (mostly refined gasoline, jet fuel and natural gas) have suddenly grown into the single most valuable product sent abroad by American manufacturers, the first time in 60 years the US has been a net exporter of any of these items.

So what’s behind this strange counterintuitive trend? For some economists, this represents the start of the “third industrial revolution,” the dawn of the new high-tech, value-added era of manufacturing that follows the first two global revolutions: England in the mid-1800s, and the one sparked by Henry Ford’s mass production innovations in the 1920s in Detroit.

“The factory of the past was based on cranking out zillions of identical products,” writes The Economist in a special report on the new trend published in April. “Now a product can be made on a computer and ‘printed’ on a 3D printer, which creates a solid object by building up successive layers of material. … the cost of producing much smaller batches of a wider variety, with each product tailored precisely to each customer’s whims, is falling.”

For America, this could be the start of something good, according to the Boston Consulting Group. In 2011, BCG reported that, due to a number of changing economic realities — including rising salaries and economic expectations among Chinese workers, new labor, environmental and safety regulations abroad, the higher cost of energy required to ship products halfway around the world, and the US market and the uncertainties of political risk in these places — the cost benefits of producing in Asia no longer automatically outweigh the risks.

Indeed, the BCG report predicts a “renaissance for US manufacturing” citing the fact that labor costs in the United States and China are expected to converge around 2015.

“Executives who are planning a new factory in China to make exports for sale in the US should take a hard look at the total costs,” says BCG’s Harold L. Sirkin, an author of the report. “They’re increasingly likely to get a good wage deal and substantial incentives in the US so the cost advantage of China might not be large enough to bother and that’s before taking into account the added expense, time, and complexity of logistics.”

Skeptics continue to question whether this is sustainable. Not in the political realm, of course; it is anathema for any politician to suggest that America should content itself to life as a “post-industrial society,” in part because so few can explain how to employ 300 million people in such a place.

“Even if we didn’t have to compete with lower-wage workers overseas, we’d still have fewer factory jobs because the old assembly line has been replaced by numerically-controlled machine tools and robotics. Manufacturing is going high-tech,” writes Robert Reich, a University of California at Berkeley professor who served as Bill Clinton’s labor secretary. “Bringing back American manufacturing isn’t the real challenge, anyway. It’s creating good jobs for the majority of Americans who lack four-year college degrees.”

BCG, which launched a cottage industry with its 2011 report on manufacturing, believes this line of argument misses the changes underway in the global economy. On April 20 its economists released a survey of the largest American manufacturing firms. The results: one third of all US manufacturing executives of companies with sales above $1 billion per year now say they are planning or considering “reshoring”; in effect, bringing home manufacturing plants that were sent to China and other low labor cost countries during the 1990s and first decade of this century.

The top factors for bringing these jobs home cited by these executives surveyed by BCG: Higher labor costs in Asia (57 percent), ease of doing business (29 percent), and proximity to customers (28 percent).

For the American worker, this will be rare good news. But the jobs that are returning will look nothing like those that left. Rote assembly lines, low value-added manufacturing like textiles, furniture and heavy smelting operations like the steel industry may never again be profitable in the way they were after World War II, when the US economy was the last bastion of capitalism not destroyed by war.

But history shows that workers adapt to change when the incentives are present. Displaced hunters became farmers; displaced farmers became artisans; displaced artisans learned the skills of the factory; and displaced factory workers can learn the techniques of the 21st century.