10 years since the Arab Spring, ‘an explosive situation’ builds in Tunisia 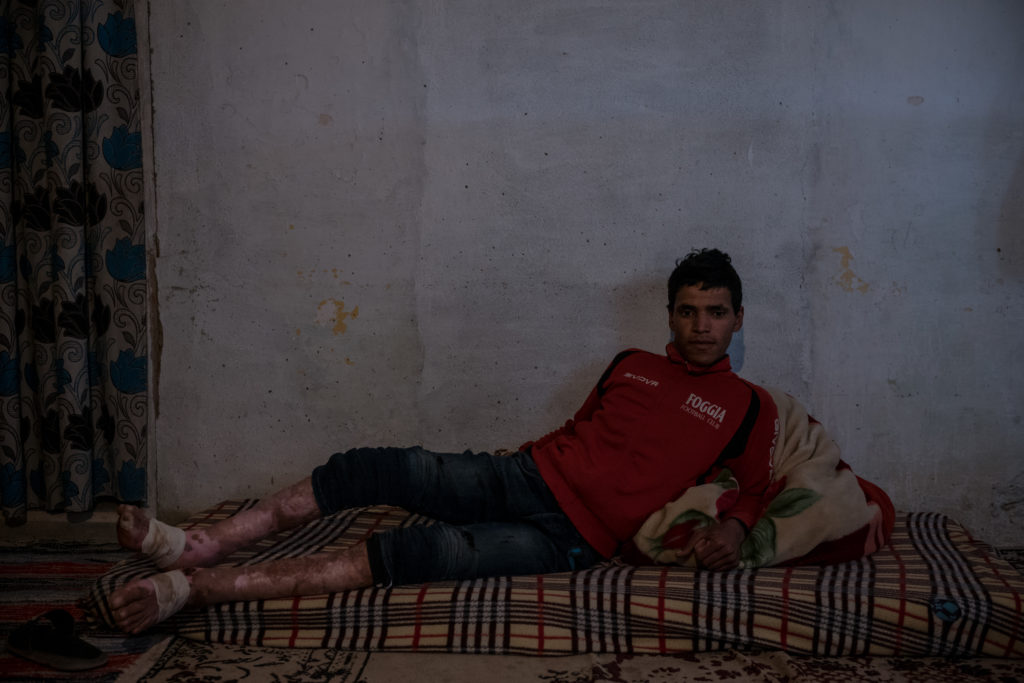 Mohamed Amine Massaaoudi, 21, showing the burns across his legs, poses for a photo at his home near Jehine village, south of Kairouan, Tunisia, on February 28, 2020. (Photo by Nicole Tung/GroundTruth)

In 2010, a young man named Mohamed Bouazizi set himself on fire and later died. His suicide kicked off popular protests and, ultimately, led to the Arab Spring – a region-wide pro-democracy movement.

Approaching the 10-year anniversary of the Bouazizi’s death and the start of the popular uprising, GroundTruth James W. Foley Middle East Fellow Nicole Tung traveled to Tunisia and documented the hope and frustration felt by young people in the North African country today.

While Tunisia’s pro-democracy movement was arguably the most successful, leading to the ouster of the autocratic President Zine El Abidine Ben Ali, the issues that sparked the Tunisian Revolution – high unemployment and corruption – persist as stumbling blocks for the republic nearly a decade later. Amid the seeming uncertainty about the future, more and more young people are self-immolating, often as a form of protest.

“The hope is that death in protest will at least mean something, when living seems to mean nothing,” Tung explains.