An Exclusive Interview with WHO Director-General Margaret Chan 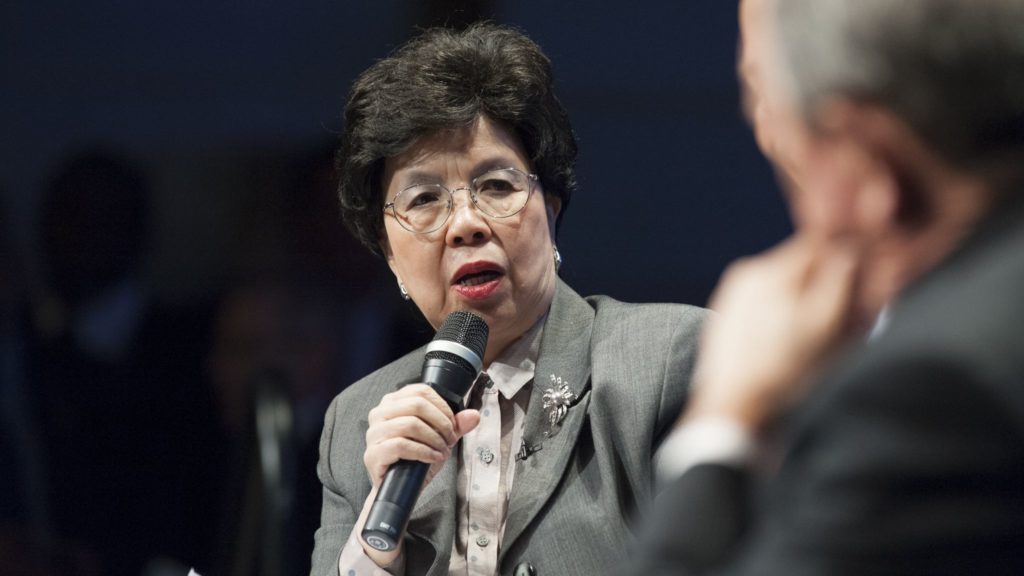 Margaret Chan has led the World Health Organization for the last nine years. During her leadership, the world has suffered an onslaught of infectious disease outbreaks—avian influenza, H1N1 (swine flu), cholera, and MERS, to name a few. Then Ebola hit. If the Director-General of the WHO was not a well-known figure before Ebola, the epidemic that began in 2014 and sharply exposed the shortcomings of the world’s premiere health agency has put her name—and the WHO—front and center.

Over the last year, the WHO has been widely criticized for taking too long to recognize and address the seriousness of the Ebola outbreak. Independent reports have pointed to its inadequate response and called for major changes in how the agency does its work. Chan herself has acknowledged that the WHO was “ill-prepared” for the Ebola epidemic. She has proposed a number of agency reforms and carefully suggested that WHO needs more institutional power to respond to disease outbreaks.

As global leaders fill the hotels, restaurants, and meeting rooms of midtown Manhattan during the United Nations General Assembly, Chan is hoping to make the case for better solutions to preventing and responding to the next outbreak.

On the heels of the United Nations adopting new global development goals for 2030, Chan today spoke before heads of state and public health advocates at UN headquarters. There she stressed the importance of building universal health coverage and resilient national public health systems.

In an earlier interview with The GroundTruth Project and NOVA Next, Chan discussed how WHO should deal with emerging infectious diseases and drug resistance—and how the world should prepare itself for future pandemics.

By Joanne Silberner and Marissa Miley

Read the full text of the interview with Margaret Chan at Nova Next.