Why Americans are getting squeezed by surging drug costs 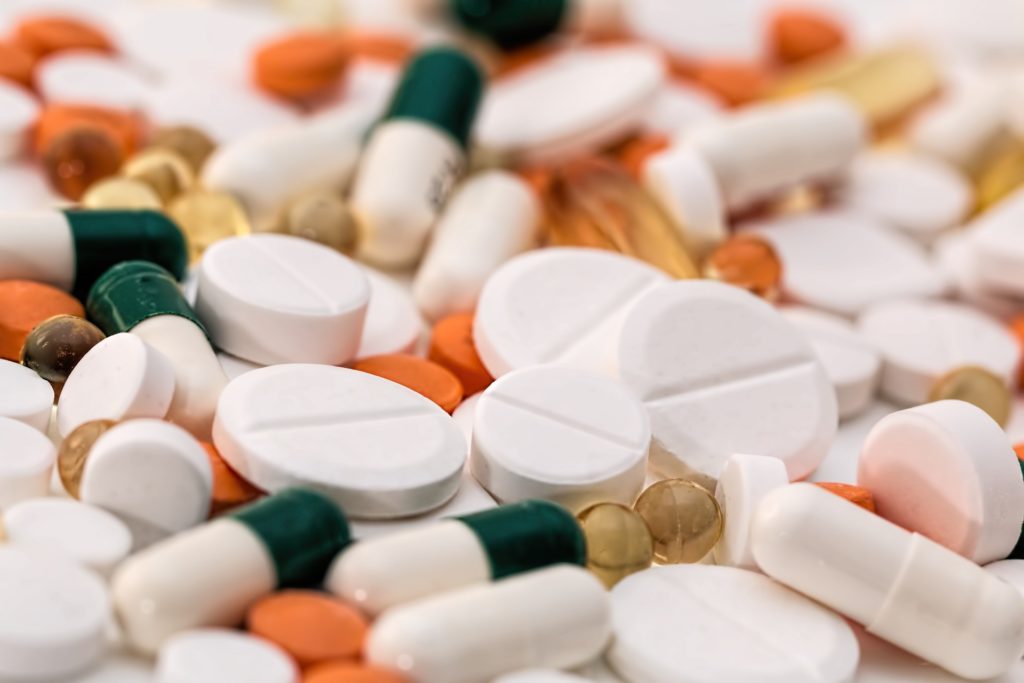 A group of Democratic lawmakers are searching for common ground with President Donald Trump, putting forward new legislation to drive down drug prices.

But when Americans do, they pay far more for prescription drugs than the people of any other major economy. It’s a well-documented reality, with 20 percent of the country foregoing medicines prescribed by their doctors because they can’t afford them. And yet, the numbers show the U.S. pharmaceutical industry is the most profitable in the world.

Even the well-insured struggle to pay for certain drugs, whether that’s a leukemia pill like Gleevec that runs $150,000 a year or a hepatitis C cure like Harvoni with a price tag of $84,000. And with little to stop them, drugmakers annually bump up their prices, bringing up the costs of lifesaving medicines like EpiPens and opioid overdose antidotes like Evzio until they’re out of reach.

A group of Democratic lawmakers are now searching for common ground with President Donald Trump on the problem, putting forward new legislation to drive down prices. At the same time, the Trump administration is mulling further action against Obamacare that experts say goes in the wrong direction.

“Drug costs could rise a lot further, if you increase the number of uninsured by 24 million, it could worsen all the challenges that we have,” said Joshua Sharfstein, associate dean at Johns Hopkins Bloomberg School of Public Health, at a convening this week.

He was referring to the number of additional people the nonpartisan Congressional Budget Office predicted would be uninsured by 2026 under Trump’s proposed health care legislation.

“There really isn’t light at the end of the tunnel at this point,” Sharfstein said. “In fact, things could get a lot worse.”

So how did drug prices get so high? There are several compelling reasons, which get tedious enough that it’s easy to tune them out. But they’re worth understanding to get a feel for the layers of insulation between the pharmaceutical industry and the public.

Drug manufacturers set their own prices in the U.S., unlike in other countries where the government sets price controls. And Medicare, one of the country’s largest purchasers of medicine, is actually prohibited by law from negotiating prices. Meanwhile, restrictions remain tight on importing cheaper drugs from Canada, Europe, India or elsewhere. And drug companies have gotten really good at limiting competition from cheaper, generic versions (which often have problems of their own). The Food and Drug Administration, which has power over which branded and generic drugs receive approval to go to market, doesn’t have control of pricing.

“It’s obviously unfair that so many other developed countries are paying so much less for these drugs than Americans are,” said Sharfstein. “Nobody thinks the pharmaceutical industry shouldn’t make money. But you can’t say that the more money the industry makes, the more cures we get. That is not true.”

Depending on who you ask, drug manufacturers charge such high rates either to offset all the costs of developing drugs — many of which fail — or because they’re greedy.

“One of the statements that Martin Shkreli kept making is that he raised these prices because he could,” Greene said, offering support for a law up for debate in Maryland that could help.  “There has yet to be a law that would stop a future Martin Shkreli.”

So where is the common ground?

Trump made exorbitant drug prices a frequent talking point of his campaign and early presidency. In his first press conference as president, in January, he said drug companies were “getting away with murder” and sent stock prices of the major pharmaceutical companies tumbling.

Last month, he tweeted, “I am working on a new system where there will be competition in the Drug Industry. Pricing for the American people will come way down!”

And Trumpcare, which was pulled last month because it didn’t have enough House votes to pass, included a provision that would have allowed importing cheaper drugs from Canada.

But pharma stocks are once again prospering, as it seems the pressure on the industry is off. Trump’s new pick for head of the FDA holds close ties with so-called “Big Pharma.” And ProPublica just broke the story alleging Health and Human Services Secretary Tom Price wrongfully profited from pharmaceutical drug stocks as a congressman last year, “on the same day he intervened on a rule that would hurt drug profits.”

On the other side of the aisle, legislators including Sen. Bernie Sanders, who famously bussed a group of breast cancer patients to Canada to buy cheaper medicine, are calling Trump out on his big promises.

“If the president is serious about dealing with the high costs of prescription drugs, let’s work together,” Sanders told news outlets as he pitched the new bill, the Improving Access to Affordable Prescription Drugs Act, that would allow “reimportation” of drugs made by American companies and exported to Canada at lower rates. The bill would also give bargaining power to Medicare, something many congressional Republicans, including Secretary Price, have opposed.

Americans are more likely to agree with Sanders and with Trump’s earlier promises. Two-thirds of Democrats and more than half of Republicans and independents say they want lower prescription drug costs, according to a Kaiser Family Foundation survey last month.

The consensus is no surprise if we survey damage caused to the elderly, to cancer patients, to recovering addicts and million of others who cannot afford their medicine. The problem is as real as it is astonishing.