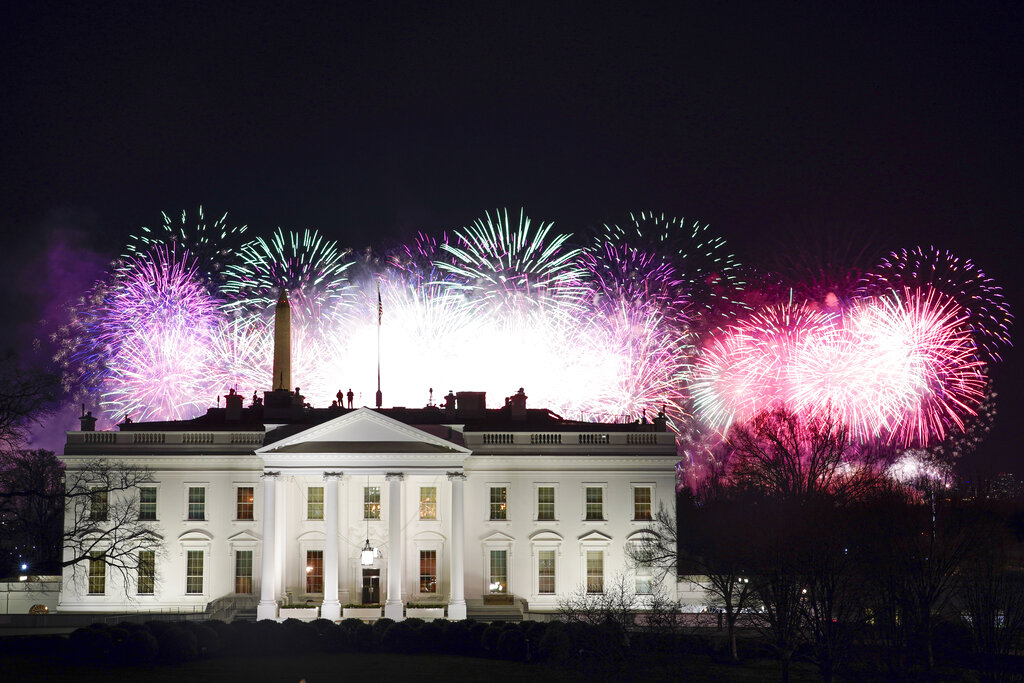 WASHINGTON — Fireworks exploding spectacularly over a nearly deserted National Mall on Wednesday evening closed a nail-biting day for the United States and its longstanding experiment in democracy.

Just two weeks after a bloodthirsty mob stormed the Capitol with plans to take national leaders hostage and worse, President Joe Biden stood upon the West Front of that very building and declared, “This is a triumph not of a candidate but of a cause, the cause of democracy. We have learned again that democracy is precious, democracy is fragile, and at this moment, my friends, democracy has prevailed.”

But as he and Vice President Kamala Harris emphasized throughout the day, the work is just beginning.

“We face an attack on democracy and on truth,” Biden said. “A raging virus. Growing inequity. The sting of systemic racism. A climate in crisis. America’s role in the world. Any one of these would be enough to challenge us in profound ways. But the fact is we face them all at once, presenting this nation with the gravest of responsibilities. Now we must step up.”

What does that look like? Community organizers, public health experts, climate advocates and scholars have some ideas. And the Biden-Harris administration has laid out an ambitious 100-Day plan to tackle all of the country’s crises at once.

They have something to build on: the country appears to have turned back a rising authoritarian tide after the “guardrails of democracy” were battered and tested under a Trump administration that did everything it could to rip them out.

As scholar Ruth Ben-Ghiat said as part of the Renew Democracy Initiative Challenge event Tuesday, “We interrupted a process of authoritarian capture of state and society, and that is something to be celebrated.”

The democratic revival was made possible by one of the greatest surges of voter participation in American history. Black voting rights organizers in Georgia set a high bar, joined by Native organizers in Arizona, Muslim organizers in Michigan and Pennsylvania, young poll worker volunteers, secretaries of state from both major parties and civil rights attorneys nationwide.

They braved a rising white nationalist movement fueled by the Trump administration and its allies, driven to acts of violence by fascist rallies, right-wing media and well-funded digital disinformation campaigns. After Biden was declared the winner of the election, the movement galvanized around a “Stop the Steal” propaganda effort embraced by a significant number of Republican members of Congress that culminated in the Jan. 6 attack on the Capitol, which intended to disrupt the peaceful transition of power.

While that anti-democratic movement persists, Democrats’ control of the White House and both chambers of Congress will provide a base of power to fortify the system against further attacks.

At the same time, Americans will continue to grapple with the national trauma of more than 400,000 deaths due to COVID-19 and haunted thoughts of what might have been as millions of people continue to self-quarantine.

And they will carry the memory of the day when, beyond the checkpoints and steel fences, perched upon the face of the Capitol, a new administration committed to building “a more perfect union” defied an insurrection to take the helm of a damaged nation.