America and the Kurds: A history of tragedy and betrayal 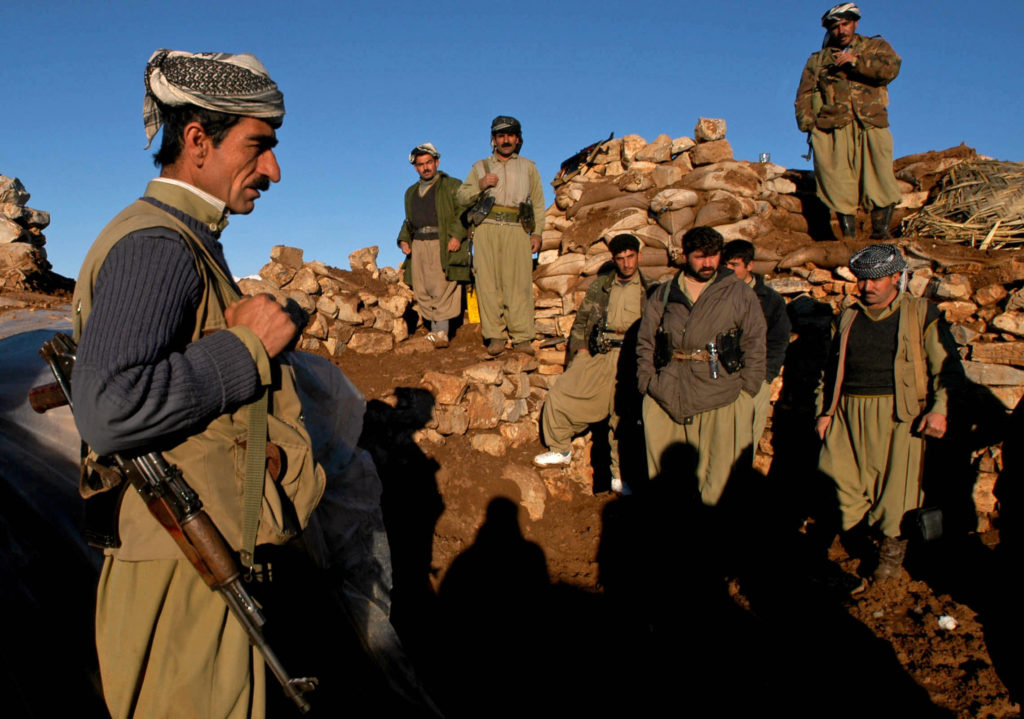 The Trump White House’s decision to withdraw U.S. troops from northern Syria and clear the path for neighboring Turkey to attack Kurdish fighters is a short-sighted error. And a betrayal.

The Kurds showed great courage in the fight against the Iraqi dictator Saddam Hussein for two generations and Kurdish militias have fought with nobility and remained loyal to the U.S. in the Iraq War and the war against ISIS, despite a pattern of abandoning them when they needed support the most.

Slideshow: The survivors of the Halabja chemical attack, 15 years later.

A growing, bipartisan chorus of military, political and intelligence officials are viewing what Trump has set in motion and the great fear of a pending slaughter of Kurdish fighters by Turkish troops as equally disheartening and dishonorable.

This decision, reportedly made by President Trump against his advisors’ counsel and likely based on his personal “friendship” with Turkey’s President Recep Tayyip Erdoğan, could become a catalyst for not only the suffering of our allies, the Kurds, but the resurgence of our shared enemy, ISIS. Analysts fear the decision will throw Iraq into further chaos and create a new wave of refugees across the region, not to mention the potential consequences for the alliances we have with groups in other parts of the world.

As I argued in an interview this week on Boston Public Radio, we find ourselves in this situation once again because of our inability to understand the complexity of the Kurdish people, their desire for statehood and the differences between the different groups spread across borders in the Middle East.

I traveled with Kurdish fighters in northern Iraq in 2003 as the U.S. invasion of Iraq got underway. As a Boston Globe Middle East correspondent, I watched legendary Kurdish fighters like field commander Tariq Gogja up close as they took the fight to Saddam’s forces and Islamic militant groups that clustered in hillside encampments that looked like hornet’s nests. I went to the hospital in Halabja where people were still suffering from wounds from Saddam’s campaign and chemical attacks against them in the 1980s. I went to their military funerals, and sadly attended the funeral of Tariq, a story I shared in this narrative piece, which I worked on with my brother, Rick, a photographer and GroundTruth’s photo editor.

Together, Rick and I documented the stories of Kurdish families. We were told of their suffering and got to see their joy when they triumphantly returned to the city of Kirkuk, which looms large in their history and culture.

I returned to northern Iraq in 2014 and traveled with an Iraqi Army Commander Hussein Mansour, who showed me where his Kurdish fighters were working in coordination with U.S. forces in the fight against ISIS and we did a short video on a small battle in northern Iraq, and how it unfolded across the borders drawn in the aftermath of World War One. Just a few months after I spent time with Commander Mansour,  he was reportedly killed by a sniper on the frontlines.

I’m thinking of all the courage and commitment and complexity I saw among the Kurds – particularly their fallen fighters like Mansour and Gogja, who I had the honor to know – as I watch this latest, disastrous decision by the Trump administration unfold. It reads like one more chapter in the history of betrayal and tragedy for the Kurds.