AMERICA & I: Conversations between an Egyptian journalist and American voters 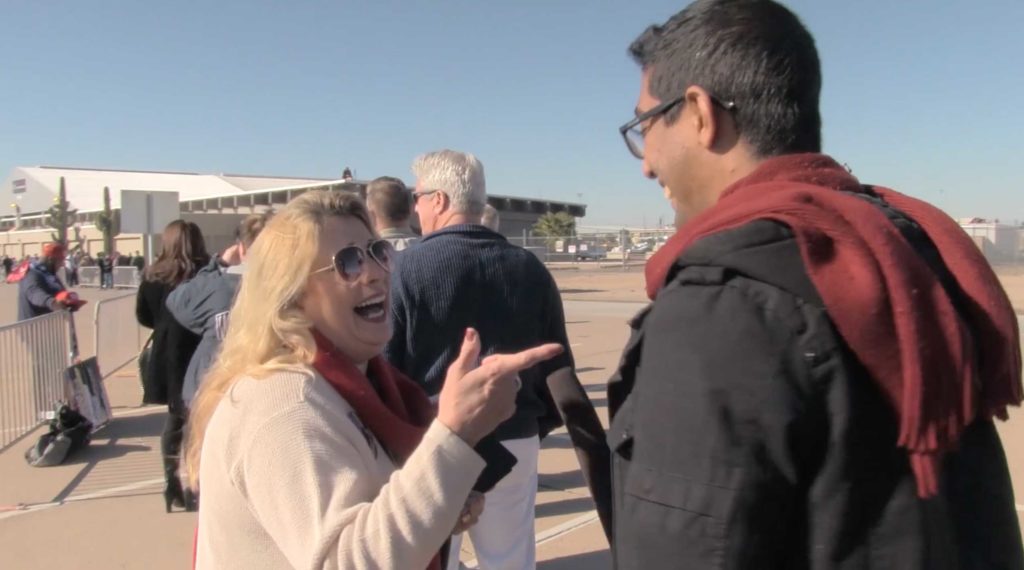 "But what is their number one religion [in Egypt]?" a Trump supporter asked GroundTruth Fellow Mohamed Abdelfattah. (Photo by Jenny Montasir/GroundTruth)

Ahead of the 2016 presidential election, GroundTruth Fellows Mohamed Abdelfattah and Jenny Montasir listened to voters at the Republican and Democratic National Conventions.

Abdelfattah, an Egyptian journalist who reported on the 2011 Arab Spring revolution from Tahrir Square, received mixed responses from both parties’ followers – but the chants of Trump supporters were predictably the most accosting.

“[Trump’s] rhetoric targets individuals like me,” Abdelfattah wrote earlier this year. “ … As mob mentality takes hold, I fear anyone could throw stones at me because of my name and my skin color.”

Watch the 9-minute short film, “America and I,” which documents Abdelfattah and Montasir’s experiences through the election.

America & I from GroundTruth on Vimeo