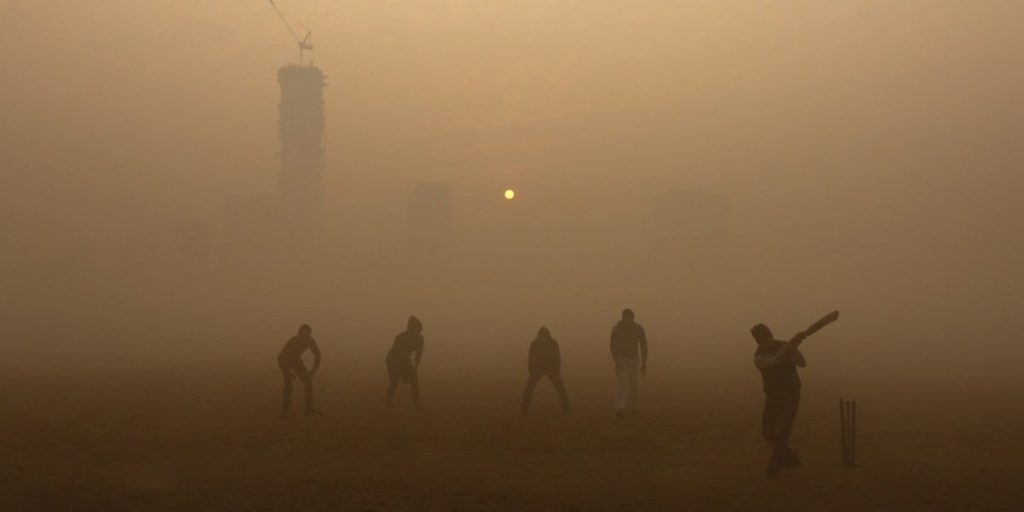 Kochi: Air pollution can cost Indians five years of their lives. In north India, it cuts life expectancy even more – by as much as seven years. Put together, such particulate pollution is the greatest threat to human health in the country.

These are some of the findings of the latest Air Quality Life Index (AQLI), for the year 2020, published by the Energy Policy Institute at the University of Chicago. While the report “reinforces” what we already know about air pollution, it is important to also examine how exposure to air pollution exacerbates existing vulnerabilities in society, said air quality researchers. One of the many things India needs to do is set up more ambitious air quality standards.

Fine particulate matter, or PM2.5, is one of the world’s major air pollutants. These inhalable particles, less than 2.5 micrometres (µm) wide, are emitted when fossil fuel is burnt, such as in factories and vehicular engines. Fires (including burning crop residues) can be a source of particulate matter too. According to the World Health Organisation (WHO), chronic exposure to fine particulate matter contributes to the risk of developing cardiovascular and respiratory diseases and lung cancer. It is a serious threat to public health.

Fine particulate matter is a major pollutant in India too. So much so that in 2019, the Ministry of Environment, Forest and Climate Change (MoEFCC) launched the National Clean Air Programme (NCAP) to prepare clean air action plans to reduce PM2.5 pollution by at least 20% by 2024, as compared to 2017, in 132 cities.

Currently, the Central Pollution Control Board, the apex statutory body in India for pollution control under the MoEFCC, prescribes an annual average of 40 micrograms per cubic metre (μg/m3) as the permissible upper limit for PM2.5 in the lower atmosphere. The international WHO standard, however, is more stringent: it prescribes safe limits of this pollutant as no more than 5 μg/m3.

Scientists at the Energy Policy Institute at the University of Chicago analysed both satellite-derived and ground data on PM2.5 levels in 2020 across the world. Along with other data, including population levels, they placed it in the context of life expectancy: how many years would people stand to gain if their countries or regions met fine particulate matter pollution levels as prescribed by the WHO or other national standards?

They found that reducing global pollution levels to meet the WHO standard would add 2.2 years to the average life expectancy. Despite the onset of the pandemic and resulting lockdowns, global PM2.5 levels still remained the same. South Asia remains the world’s pollution hotspot. And pollution is still a huge health burden in Southeast Asia.

According to the AQLI report, particulate pollution is the greatest threat to human health in India.

It says that in India, Pakistan, Bangladesh and Nepal, the impact of air pollution on life expectancy is substantially higher than that of other large health threats – including those like smoking, consuming unsafe water and alcohol use.

The report also found that since 1998, India’s average annual particulate pollution has increased by 61.4%. Currently, the country is the world’s second most polluted country. And since 2013, about 44% of the world’s increase in pollution has come from India.

These numbers appear to be better than those in the previous AQLI report. According to the 2021 report, India’s average particulate matter concentration was 70.3 μg/m3 in 2019, the highest in the world.

However, the two reports may not be comparable since there are “significant differences” between the PM2.5 data derived from satellites used this year and those used in previous years, according to EPIC.

Bhargav Krishna, fellow at the Centre for Policy Research, said he wouldn’t look at the report as a guide to whether air quality levels have improved. Krishna studies the impacts of air quality on health.

“They use a global model with a coarser spatio-temporal resolution which is useful for comparing across regions, but perhaps less accurate at predicting air quality levels at any one region,” he wrote in an email to The Wire. The COVID-19-induced lockdowns and generally reduced economic activity are also likely to have contributed to a reduced annual ambient exposure level, he added.

Broadly, the report reinforces much of what we already know about air pollution. But it is important to look at differential exposure and the impact of air pollution across populations, Krishna added.

The need for ‘airshed’ approaches

“It [air pollution] exacerbates existing vulnerabilities in society, harming especially the very young and old, poor, infirmed and undernourished. The impacts are also varied across rural and urban India,” he said.

India’s policies – through the NCAP and the XV Finance Commission – focus “exclusively” on cities. This “not only excludes the vast swathe of rural India that is as affected by air pollution, but also does not holistically address all sources,” Krishna said.

According to him, a “forward-thinking air pollution strategy” would involve several things. These range from setting stronger ambient air quality standards to thinking about actions at the level of airsheds that encompass larger geographies of rural and urban India.

“The ongoing review of the ambient air quality standards provides us the opportunity to set more ambitious targets, and the proposed national clean air mission could be the vehicle to achieve these targets if a broader more holistic vision is outlined.”

According to a news report, the government has envisioned an “airshed” approach to tackle air pollution across the country (which will keep in mind geographies and other factors that play a role in air pollution levels), as part of the “National Mission for Clean Air – Clean Air for All” under the NCAP. The Mission will take off in 2022 and would set a new target: to reduce PM2.5 levels from 35-50% by 2025-26, as compared to 2017 levels, an official was quoted as saying.

Meanwhile, the NCAP, with the humbler target of a 20-30% reduction in PM2.5 levels by 2024, is far from meeting it. According to an NCAP report published early this year, there has been only a marginal or no improvement in air pollution levels in 132 cities since 2019.