In an age of division, a journey to demystify journalism 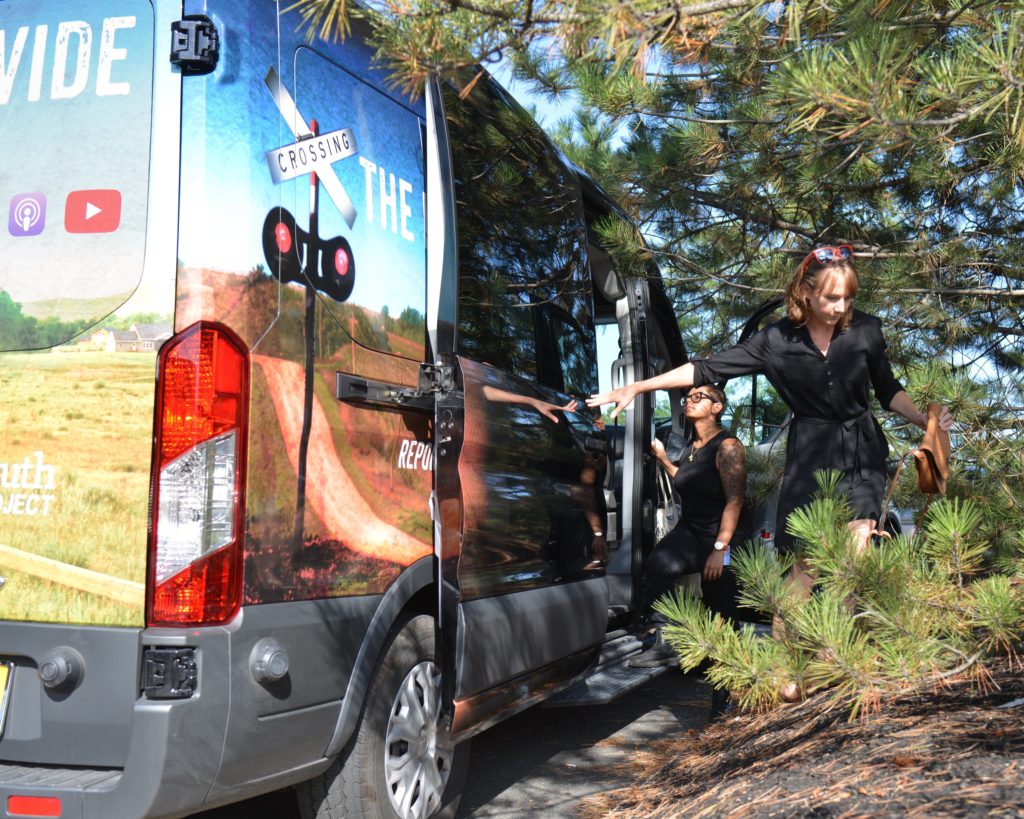 BOSTON — Even in a time of great division, there are moments when we come together.

An historic solar eclipse brought America together to gaze upon an alignment of the moon and the sun, and an unprecedented hurricane has united millions of Americans in sympathy and support for the embattled Texas coast.

But even in the times of unity that can come with the response to natural disasters and the respect for natural beauty, the political landscape in America is as divided as it has been in a very long time.

The 2016 presidential election, it seems, was as much a symptom as a cause of our divided age where differing political ideologies are less likely to coexist and where extreme rhetoric has replaced more measured, everyday dialogue. These days it can feel like the country is coming apart.

Cable media talking points engulf local concerns. The consolidation of political, business and media power into a handful of cities has alienated much of America. Digital bubbles envelop and separate us into something akin to separate realities. And we seem to be growing more tribal, more skeptical of one another, more feral. This leaves us vulnerable to bad actors intent on pulling us apart, playing and preying upon worsening economic, political and social divisions.

At GroundTruth, we believe journalism is a call to public service, a great responsibility and true privilege to go out and tell the story of communities across America. And the deeply divided moment we live in seems to suggest that the media is not doing a good enough job listening to the frustrations and the anger of many corners of the United States. So out of a deep sense of patriotism, this week GroundTruth in partnership with WGBH is setting out on a cross-country listening and reporting tour that we are calling Crossing the Divide.

The project presents great opportunity and a distinct challenge: To demonstrate the capacity of journalism to help fix what is broken at a time when reporters themselves have become targets and scapegoats.

At a fiery, campaign-like rally in Phoenix last Wednesday, President Donald Trump took the opportunity to incite the public against the media, part of a coordinated effort to paint journalists as the source of the division.

“I really think they don’t like our country,” Trump said. “I really believe that.”

He continued, “It’s time to expose the crooked media deceptions and to challenge the media for their role in fomenting divisions, and yes, by the way … they are trying to take away our history and our heritage.”

Trump’s coupled his challenge to the patriotism of the country’s journalists with a defense of the country’s Confederate history, which has been thrust into the national spotlight by white supremacists who gathered in Charlottesville, Virginia to “Unite the Right” earlier this month. They wielded guns and brandished torches before one among their ranks mowed down a crowd of counter protesters, killing 32-year-old Heather Heyer.

Americans watched men and women who wish the Civil War had gone the other way celebrate one of the country’s most divided eras. They have heard their president put the media in the crosshairs as the true enemies of the country.

The Crossing the Divide reporters, backed by a team of editors and representing Massachusetts, Kentucky, Minnesota, Montana and California, will spend the next three months traversing the country to explore and understand the forces pushing Americans apart. They will build trust with sources in local communities, family and compassionately tell their stories; Learn from those who know best and draw conclusions that can help America better understand itself; and identify solutions for national reconciliation. 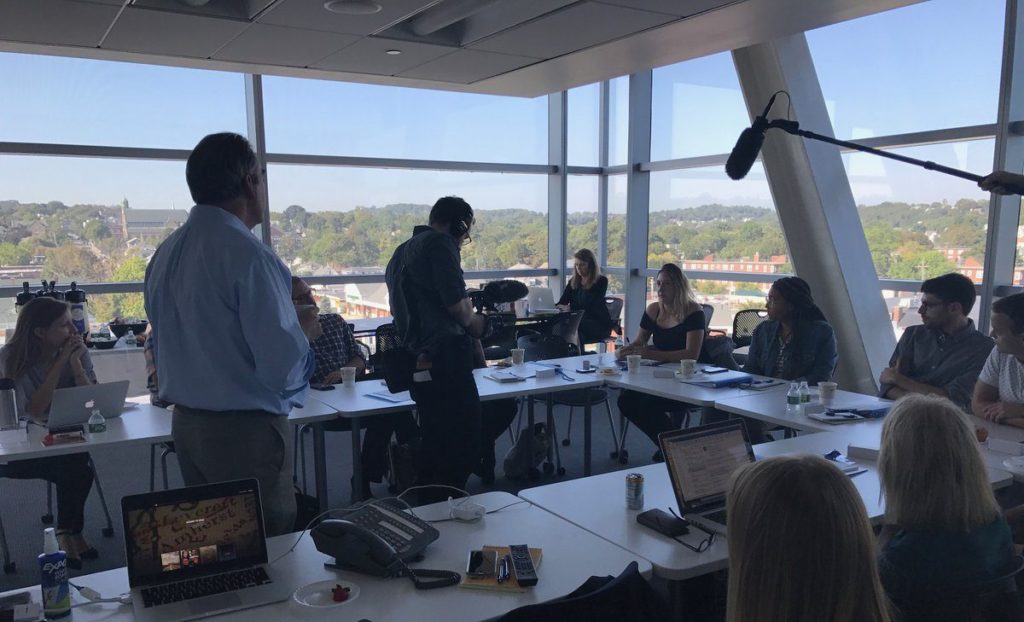 GroundTruth and WGBH selected these reporters for their unique abilities to draw upon their own backgrounds and expertise to perform this public service.

“This is a truly extraordinary team that hails from red states and blue states, from rural towns and big cities, from new immigrant backgrounds and those who are part of America’s long immigrant past,” said Charles Sennott, GroundTruth founder and executive director. “The goal of this project is for them to come together to report on the issues that divide us and to find the places where we can all come together.”

Crossing the Divide includes stops at high schools, public universities, local newsrooms, national monuments, diners and cafes to have honest conversations and create journalism that reflects the inequity and conflict embedded in our society while also celebrating the cooperation that makes society work.

It will not be easy, but we believe it is possible. We are weaker when were are divided, and we can be strengthened again by civic debate, by deeper relationships across divisions, by good journalism.

“A lot of this is demystifying what journalism is and who journalists are,” said GroundTruth digital editor and Crossing the Divide field producer Qainat Khan. “I genuinely believe that if we get to the issues we have in common, then we can get to the more difficult issues.”

As the Crossing the Divide team begins its journey from Boston later this week, the reporters take upon their shoulders a bold and patriotic task. We wish them well.