After the Holocaust, a Jewish community in Romania survives despite dwindling numbers 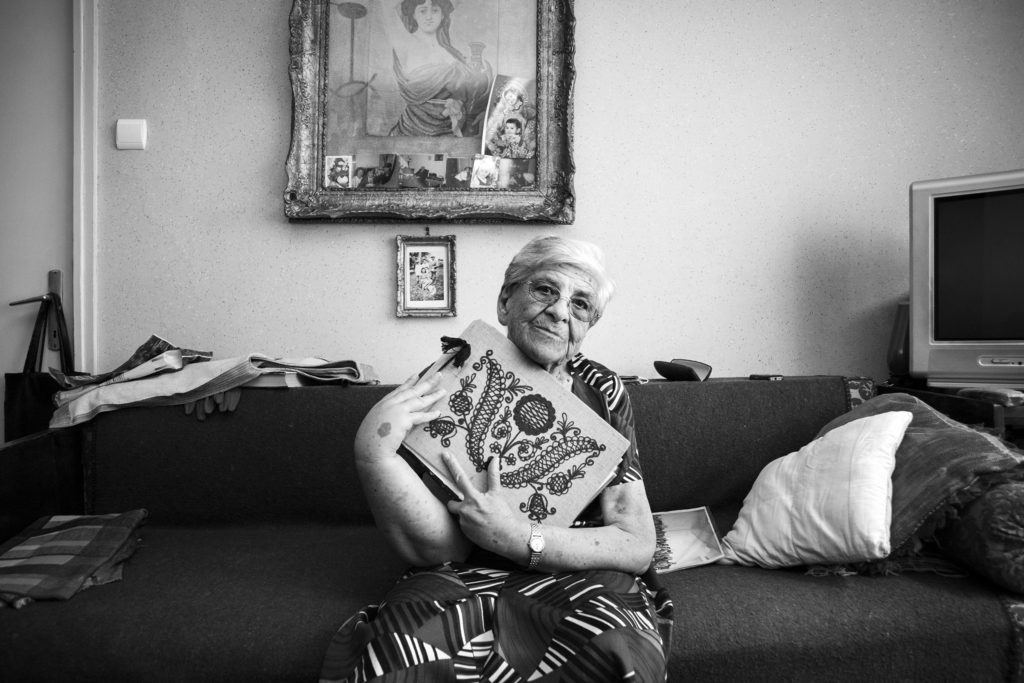 Auschwitz survivor, Iudit Varadi, 87, poses for a portrait with her family photo album at her home in Oradea, Romania on August 18, 2013. “My brother and mother died in the camps. Altogether, I lost around eighty members of my extended family in the Holocaust, so when I returned home I was alone. I had to start my life all over.” Mrs. Varadi passed away shortly after her portrait. (Photo by Daniel Owen/GroundTruth)

ORADEA, Romania — Teodor Koppelmann, President of the Jewish Community Center in Oradea, Romania, sits behind his cluttered desk as smoke billows upward from his cigarette and drifts across his tired eyes. He sits back in his chair and sighs. “Where to begin?” he whispers, as he begins to tell the story of his people and his hope for their survival.

After the First World War, Oradea was part of the Transylvanian territories that officially joined the Kingdom of Romania as part of the dissolution of the Austro-Hungarian Empire. The city was historically diverse — for century’s travelers made their way along trade routes between Europe and “the Orient” before settling in Oradea. In the 1930s, more than 30,000 Jewish people lived in Oradea, making up one third of the city’s entire population. Many of the city’s architectural and artistic masterpieces, as well as several industrial and medical successes, were contributions of prominent local Jews.

In the late 1930s and early 1940s, however, the world would choose sides in a war started by Germany’s rapid invasion and occupation of territories throughout Europe, bringing with its military conquests a fierce nationalism that began to grow in cities across Europe. During the summer of 1940, Hungary annexed Northern Transylvania, a territory it long viewed as its own. Within months, Hungary joined the “Axis” with hopes to secure German approval for the annexation of the rest of Transylvania.

Oradea, now under Hungarian control, was led by an anti-Semitic mayor, László Gyapai, leading up to the Second World War. Gyapai oversaw the methodical destruction of the Jewish way of life. More than 30,000 Jews were crowded into the city’s ghetto, the second-largest in Hungary, and 8,000 Jews from the surrounding countryside were rounded up and housed in a second ghetto after the first was filled to capacity. Jews were then stripped of their possessions and deported to either Nazi labor camps spread across Europe, or to the death camp, Auschwitz.

Memories from the Holocaust

The truth is, Romania’s role in the Holocaust was significant. Under the military dictatorship of Ion Antonescu, Romania joined the Axis with the hopes of avoiding further Hungarian annexation, as well as to guard themselves against the impending Soviet advance. Anti-Semitism against Jews continued to grow. By the end of the Second World War, Romania had murdered nearly 300,000 Jewish people — greater than the number of Jews killed in Germany — before switching sides in the war as the Allies advanced.

“I was 15 when they sent me and my family to Auschwitz Birkenau,” recalls Gabriela “Hamlet” Bóné. Her father owned a mirror factory in Targu Mures, just a few hours east of Oradea.

The Hungarian police crammed Bóné and the rest of the Jews from the ghetto into wooden train cars that had barbed wire covering the windows. They were travelled for nearly a week without food and with very little water. When she finally arrived at Auschwitz while waiting to be “inspected by Dr. Mengele,” someone tapped her on the shoulder and told her to say she was sixteen instead of fifteen. The advice would save her life.

“I remember when we arrived, someone said to me, ‘You came in through the door, but you’ll leave through the chimney,’” says Bóné. Confused and afraid, she was briefly comforted by her mother who told her that they were only there to work for the Germans until the war was over, and that life in Auschwitz would surely be better than it was back in the ghetto under the cruel Hungarian Gendarmes—police—who had taken great pleasures in their suffering. Moments later Gabriela was separated from her mother, father and three younger brothers. She never saw them again.

Alone with only her sister, Bóné endured the Nazi death camp for over a year before she was transferred to a light bulb factory in Weisswasser, Germany, which she attributes to her survival. The sisters were later transferred with several hundred other women to another factory as the front drew nearer to the German border. Soon, the allies would liberate the women, ending one of the greatest atrocities in human history. For many Jewish survivors, however, the end of the war only meant the beginning of a new life without their families or their communities—a life in which they would have to return to the towns and cities that sent them away to be forgotten.

Only a small number of Oradea’s Jews survived, many did not want to return to the hometown that had sent them away.

“I remember the soldiers telling me not to go back home after we were liberated, but to go to instead to America or Britain, where we could go to school and have a future,” Bóné says. “But I wanted to go back home and try to find my family.”

Head shaven and clothes tattered; Bóné made the long trip back to Transylvania with 2,000 other survivors.

For a short time after the war, things were looking positive. Unlike the rest of the city, the small Jewish community in Oradea slowly began rebuilding during the safety provided by communism. The Jewish Community Center of Oradea added a kindergarten and assistance programs for its elderly members. But economic instability throughout Romania eventually took a toll, and many Jews left Romania for the promise of a better life abroad in Israel, Canada or the United States. Today, only a handful remain.

Even with the reality of an uncertain future, Oradea’s Jewish community is determined to endure it all. Paul Spitzer, a member of the community center, is sure the community will hold up.

“It’s like a branch that has been broken, but the seed has survived.”

I have always been fascinated with the issues of religion, history, subcultures and the human condition. The Jews of Oradea was a combination of all of these themes, and no one had really covered it before.

In fact, many local Romanians and Hungarians with whom I spoke had very little knowledge of the existence of a Jewish community in their city. Even more troubling was the fact that many I spoke with had little or no knowledge of the part Oradea played during the Holocaust. There were no markers or plaques in the old ghettos where thousand of Jews had been imprisoned before being loaded onto train cars headed for Auschwitz. Little existed to tell the story of a community that, only 70 years ago, made up one third of Oradea’s population.

My motivation for photographing the documentary was to bring a small piece of forgotten history to light. There are always a few stories in your career that are more consuming than others. I remember coming home after having had a successful shoot at the home of Gabriela Bóné, an Auschwitz survivor. On paper, it went incredibly well, but when I got home it took everything to keep my composure. I just spent hours interviewing a warm, inviting woman in her 80s who told me about seeing her whole family murdered in the gas chambers. Before their deportation, she saw dozens of executions in the street. She was robbed, stripped, shaved and abused by the Nazis. She was only fifteen. It’s one thing to see a film or read a book about the Holocaust, but it is another thing entirely to look into the eyes of someone who endured it.

In the end, I spent hours in the small bedrooms and living rooms of men and women who had not only survived Auschwitz or Bergen Belsen, but they had returned home to a city that did not want them. Entire families were sent to their deaths by their neighbors. They had not been accepted simply because they were Jewish.

Somehow after all of this, they were able to go on living. They got married, had children and even successful careers. They were not stuck in the past, as dark as it was. 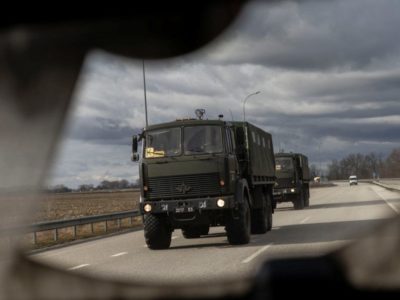