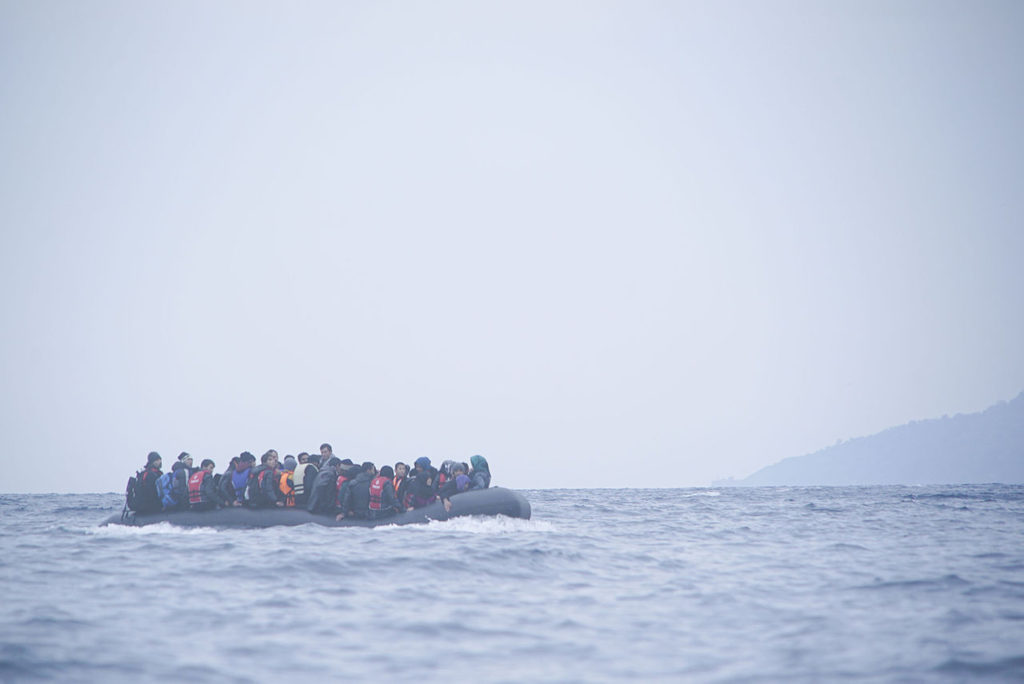 Refugees cross the Mediterranean sea on a boat in January 2016, heading from Turkish coast to Greece. (Photo via Wikimedia Commons)

OINOFYTA, Greece — Afghans may be the forgotten victims of Europe’s refugee crisis. They make up the second largest asylum-seeking group in Europe after Syrians. But unlike their Syrian counterparts, they’re not eligible for the EU’s relocation program, and they face lower rates of asylum recognition.

Under the terms of a deal struck last fall, they can be deported directly back to Afghanistan if their asylum claims are rejected.

At the Oinofyta camp an hour outside Athens, Felishta Zacandari, 27, crouches over a low stove, stir frying broccoli, cauliflower and potatoes for her children’s breakfast.

“We are all suffering, and we are in depression,” she says as a fellow Afghan translates. “We have a lot of stress.”

Zacandari has been living in Oinofyta for a month with her six children. She arrived in Greece last spring before the EU-Turkey deal, so she retains the right to family reunification benefits. Now she is hoping to rejoin her husband, who lives in Germany with their other child.

Among Afghans at Oinofyta, she may be one of the lucky ones.

In 2015, the EU received asylum requests from nearly 200,000 Afghans, a more than four-fold increase over the prior year. But one-third of applicants that year saw their claims rejected. Last October, the EU signed a deal with the Afghan government, which allows Europe to deport Afghans who are not granted asylum. The EU says it’s a way to combat “irregular migration,” or illegal entry into Europe, which has been rising.

For many Afghans, deportation back to Afghanistan could mean death. Militant groups now control more than a third of the country, often launching bloody attacks like the March raid on a military hospital in Kabul.

Zacandari’s husband was a police officer in Kabul who helped resist insurgents and the Taliban. She ran a beauty salon.

They fled to Greece after her husband’s enemies—angry that she was working outside the home and not wearing the chador—threw a bomb at their home. She says it was meant as a warning.

One of their eight children was killed.

To earn asylum, Afghans must provide documentation for why they cannot return to their war-torn country. Unless they have immediate family in the EU, like Zacandari, they can only apply for asylum in Greece. 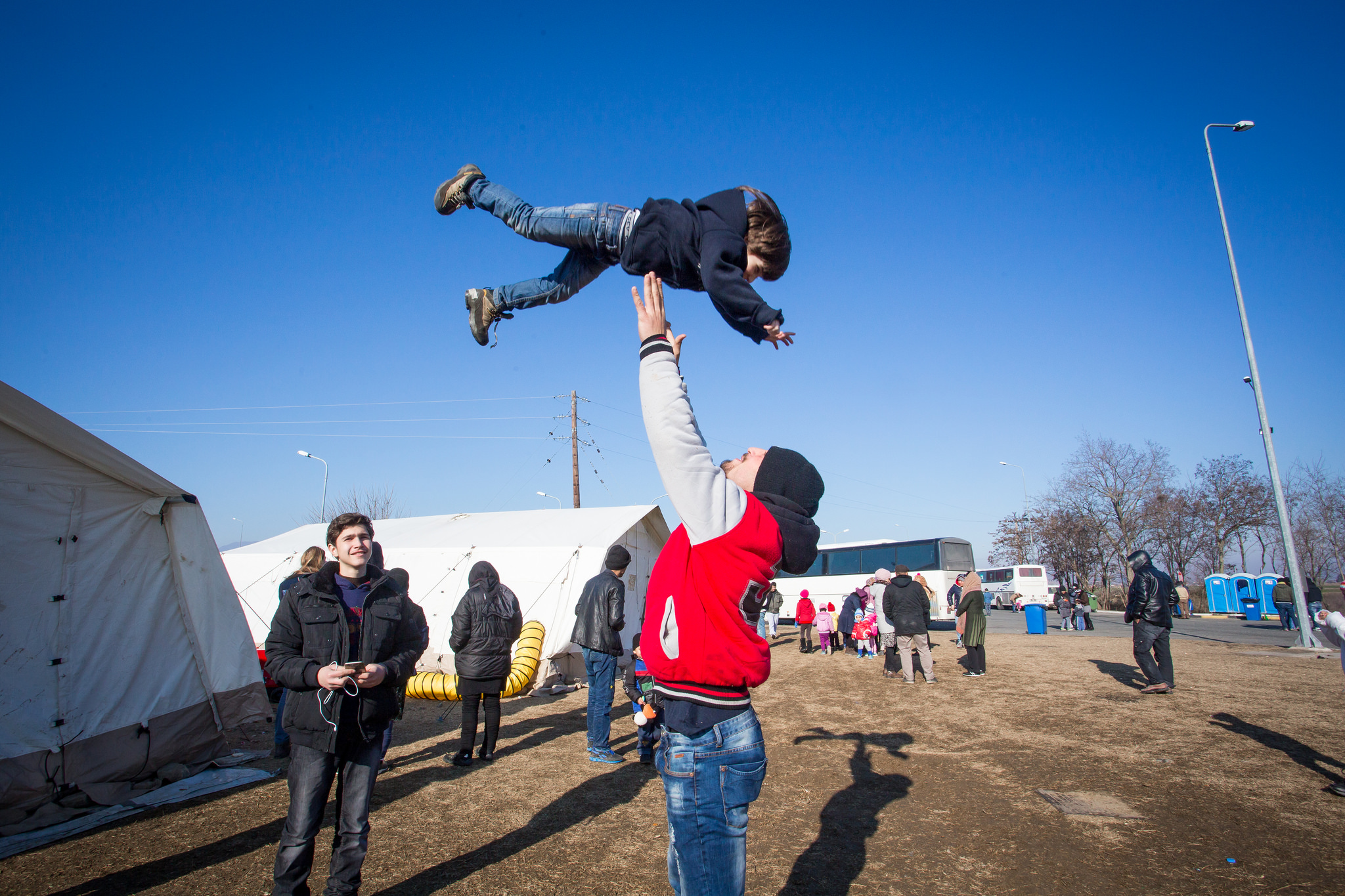 Refugees play at a camp along the Greece-Macedonia border. (Photo by Natalia Tsoukala and Caritas International/Flickr Creative Commons)

“The thing that we have said repeatedly is the decision of relocation should not be made based on nationality,” says Liene Veide, a spokesperson for UNHCR, the UN’s refugee agency. “It has to be made based on individual case, on every individual person.”

Nevertheless, Syrian refugees — many of them educated, middle-class victims of a high-profile war ripping through their homeland — hold relocation priority. That doesn’t sit well with most of the Afghans at Oinofyta.

“If we have emergency, if patients are sick, or if we have baby that are in emergency and we go to hospital, the first rights of the refugees are [with] the Syrian people,” Zacandari says heatedly. “We have all rights in this camp. In this camp, we are better.”

Oinofyta is run by Lisa Campbell, executive director of Do Your Part, an American nonprofit organization that coordinates with the Greek government. Inside the camp’s freshly painted blue and white gate, the gravel driveway has been carefully lined with flowers planted inside repurposed tires. The short road leads to a crumbling warehouse, now converted into units that currently house 535 mostly Afghan refugees.

Each family has its own room and brightly colored murals line the wide concrete hallways.

Residents cook their own meals in a large open kitchen. Children attend school in a small building next to the community garden, and a library is open on weekdays.

“I don’t care how long you live here, if it’s two weeks or two years, you are part of this community,” says Lisa Campbell.

Some may stay longer than others. As she waits for news of her future, Zacandari say she likes cooking for herself. She even wants to start a beauty salon out of her room—just as soon as she gets the supplies.