A word that nearly held up the climate deal 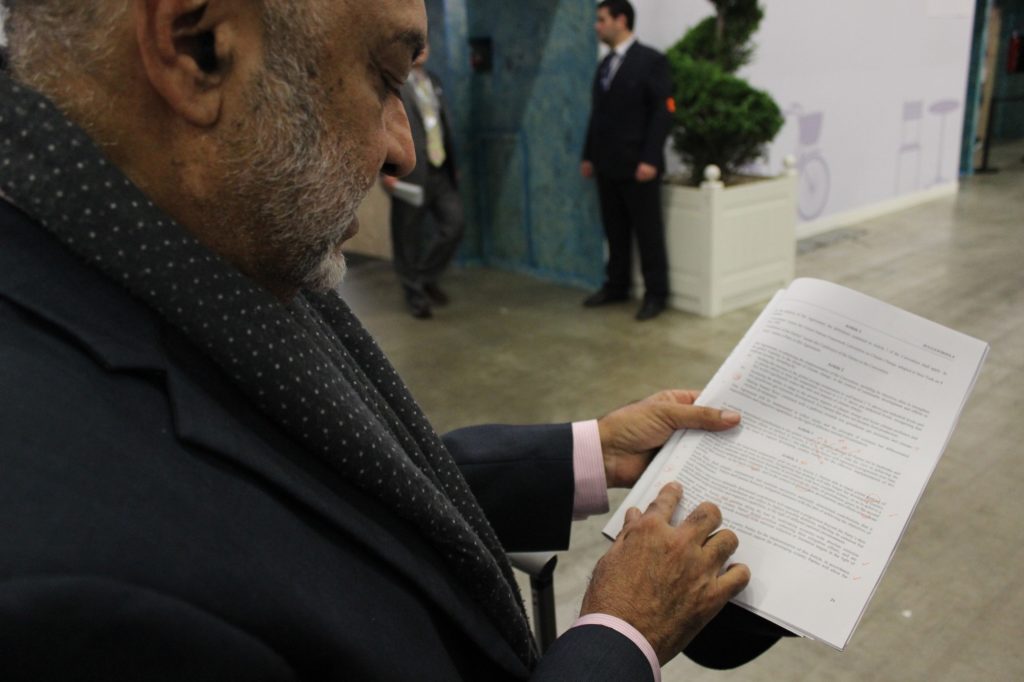 Gurdial Singh Nijar, a negotiator for Malaysia, emerged from negotiations feeling like he had been played by the COP21 President Laurent Fabius. "Now come on. This is not cricket," said Nijar. (Manon Verchot/The GroundTruth Project)

LE BOURGET, France — Sometimes the world revolves around the axis of a single word, and in this agreement that word was “shall.”

The word appeared in Article 4.4 in the 31-page document ratified by 196 members of the UN Framework Convention on Climate Change. The article stated specifically that “developed party countries shall continue taking the lead by undertaking economy-wide absolute emission reduction targets.”

The US expressed adamant concern that because the word “shall” is a legally binding word, it could only support the version with the original language,”should.” A key driver of that concern is that the US Congress is currently controlled by a Republican Party which is fierce in its opposition to President Barack Obama’s foreign policy — as well as to climate science. With “shall” included, the agreement might have needed to be ratified by the Congress, with nearly no chance of success.

“When I looked at that, I said, ‘We cannot do this and we will not do this,'” US Secretary of State John Kerry said later. The Americans made their position on the language clear before delegates arrived in Paris, and French Foreign Minister Laurent Fabius agreed last month that the agreement would not be a “treaty.”

“If that’s the case, then it poses a big problem for President Barack Obama because a treaty has to pass through Congress,” Fabius said.

The plenary was delayed by nearly two hours as negotiators hammered out language over whether developed nations “should” or “shall” lead absolute emission reduction targets — a difference that would make the clause legally binding or not.

In the end, the argument was settled when Fabius quickly ratified the agreement with “should” — language that does not hold developed nations legally accountable. He listed the contested wordage under “typographical errors.”

This didn’t sit well with Gurdial Singh Nijar, a negotiator for Malaysia, who just before the plenary expressed his delight with how “open, participatory, and inclusive” the negotiations had been.

Emerging from the conference room early and waving the disputed document in front of reporters, he said, “It’s us developing countries that are supposed to be undemocratic and corrupt… You can’t push your position through this kind of manipulation. How you arrive at a decision is as important as the decision.”