A spark in Minneapolis: From grief to activism 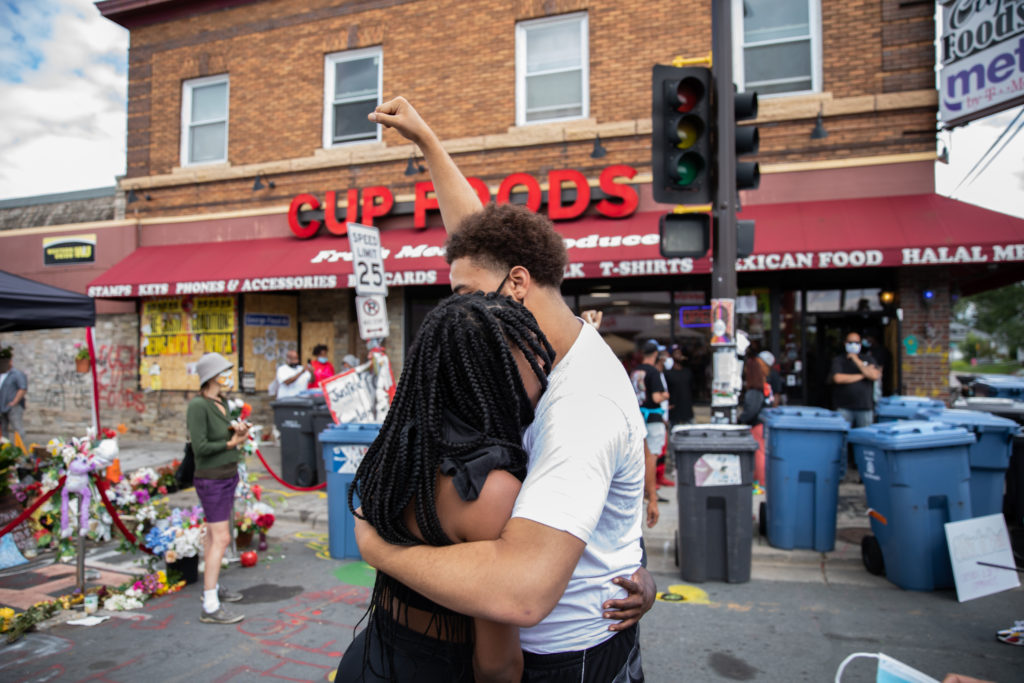 Protesters gathered in front of Cup Foods at the intersection of 38th and Chicago on Aug. 3, 2020, saying the site of George Floyd's killing is reopening too soon before the community can heal. (Photo by Jaida Grey Eagle/Sahan Journal)

MINNEAPOLIS – On May 25th, 2020, outside of Cup Foods on the corner of Chicago and 38th Avenue, George Floyd died under the knee of officer Derek Chauvin while Officers Thomas Lane, J. Alexander Kueng and Tou Thao stood by. Darnella Fraser, a 17-year-old, filmed the incident. Her video quickly went viral and sparked widespread outrage and protests across the world. Fraser was recently awarded the PEN/Benenson Courage Award for her bravery in bearing witness, cited with changing the course of American history.

After George Floyd was killed on that spring day in Minneapolis, the city erupted in protests, rallies and marches, which were followed by unrest, looting, police violence, strict curfews and the deployment of the National Guard. Several instances of unrest and destruction were later found to be the result of actions carried out by white supremacists and opportunists looking to further the racial divide and discredit the movement for equality. In a country that was already deeply politically divided, a pandemic and resulting economic crisis intersected in a monumental moment that is likely to have an indelible impact on American society for generations. The response to this moment inspired a massive reckoning and demand for accountability throughout the world.

I found myself at the converging point of our collective history in the Twin Cities of Minnesota, where with my camera I witnessed many diverse communities unify and demand justice for those lost at the hands of police brutality and systemic racism. From grief, anger and mourning came unity, reconciliation and action. These images are just a handful of the moments that shaped the summer of 2020; there are countless others.