On the Ground Retrospective: Report for America’s 2020 Graduates 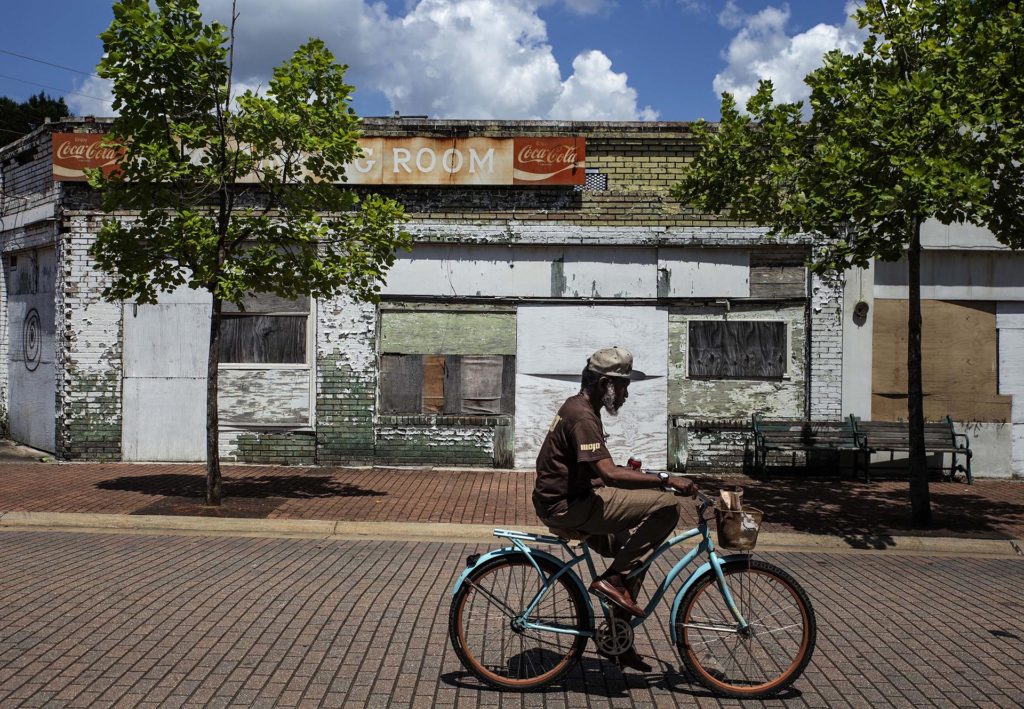 A pedestrian rides his bicycle in the 300 block of Farish Street in Jackson Wednesday, June 27, 2018. (Photo by Eric J. Shelton/GroundTruth)

This week, Report for America says farewell to its first graduating class of corps members, whose work has spanned the country from Dallas to Jackson and Sacramento to Appalachia, impacting individuals in their communities and filling crucial gaps in local news. In celebration of their ambitious next steps in journalism–whether transitioning into permanent reporting positions or taking on the New York Times fellowship–we’re highlighting the work they’ve done beyond the scope of their daily reporting: eight On the Ground dispatches, stories full of the insight and grit that only local reporters can provide. They are a kind of testament to these corps members’ dedication to the communities and beats they’ve covered over the last two years, exemplifying the mission of Report for America in varied, often unexpected ways.

Covering Asian-American issues for the Sacramento Bee, Theodora Yu’s dispatch explores the community’s continued ability to rise to the challenges of immigration, particularly the intergenerational struggles of identity and communication. Yu incisively examines how young Asian Americans and Pacific Islanders are finding ways to give back–to give voice–to those who came before them. [Read more.]

In Dallas, Obed Manuel walks us through his journey as a journalist, from finding his place at The Dallas Morning News to telling the story of how the city’s Hispanic population, a community Manuel knows firsthand has been left in the dark, disconnected from its government and the press. In his experience, the work of a good journalist is to change that. [Read more.]

A photojournalist for Mississippi Today, Eric Shelton writes about his experience meeting Lee Eric Evans, a man who moved to Jackson, Mississippi to turn his life around. Four days after Evans, 26, opened up to Shelton about escaping  the chronic violence he grew up in, he was gunned down at an intersection. In this dispatch, Shelton reflects on the young men’s crossed paths and the new meaning his images took on after Evans’ death. [Read more.]

For an hour every two weeks, corps member Risa Johnson, a reporter for The Desert Sun, taught ninth and 10th grade Native American students about journalism on the Soboba Band of Luiseño Indians reservation. The Noli Indian School in Southern California serves tribal students who struggled to succeed in the public school system. In her dispatch, Johnson reflects on her students’ newfound skills in using their own words to represent themselves and their communities to the world. [Read more.]

Will Wright’s dispatch, on local journalism’s role in restoring trust in the industry, is a kind of chorus on Report for America’s service-oriented mission. Wright served as a watchdog reporter for the Lexington Herald-Leader, and his reporting gained crucial traction in a rural county of Eastern Kentucky where residents suffered without water for weeks. Change only came to the community when local media outlets picked up the story. [Read more.]

Caity Coyne experienced firsthand the struggles of local newsrooms trying to stay afloat in the digital age. Her dispatch details what she witnessed as some of her colleagues at the Charleston Gazette-Mail lost their jobs under a new owner after the paper filed for bankruptcy, and how the team resolutely carried out its responsibility to the community in continuing to report on the issues they faced. They aren’t willing to stop. [Read more.]

Molly Born’s dispatch reflects on her eye-opening experience reporting from rural Appalachia for a year, a region that can often feel lonely and isolating. A native to northern West Virginia, she was able to hear the voices of those who shared their stories and homes with her and give a voice to their life and time in the state’s southern region. In an earlier dispatch, Born explored the history behind a teacher strike in Charleston where participants donned red bandanas, a symbol of the long and rebellious fight for better labor conditions. [Read more.]

Collaboration across newsrooms: Stirring the Waters

Will Wright, Caity Coyne and Molly Born also collaborated on Stirring the Waters, a Livingston-nominated series published across their host newsrooms, that explored the lack of access to clean water in Central Appalachia and the consequences of crumbling water and sewage infrastructure in the lives of its residents. In six-months of reporting, the team  collected the stories of the communities they visited, compiled into written reports, a podcast episode and a short film.The project shines a light on lack of access to this basic human right, exposing the direness of the inequity while highlighting solutions across the region. [Read more.]