A Guatemalan tradition lives on at a Kentucky ranch 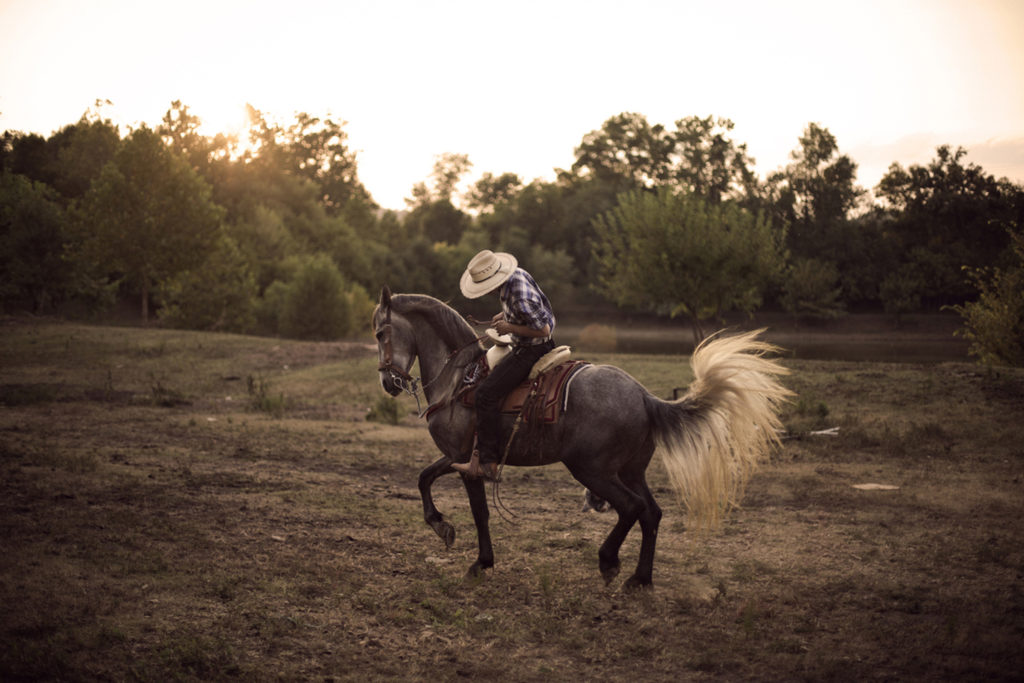 Marcos Espinoza, 17, goes for his daily ride on his favorite horse, Maximo, at the family ranch in Bowling Green, Kentucky. Marcos is the son of immigrant parents from Guatemala and Mexico, and he wants to carry on the legacy of his culture in the United States. (Photo by Betina Garcia/GroundTruth)

Marcos Espinoza, 17, was born and raised in the United States, but he’s living the “ranchero lifestyle,” – a tradition passed down by his Guatemalan grandparents. Both of his parents were once undocumented – his mother from Guatemala and father from Mexico – but now the whole family has U.S. citizenship.

In 1986, Marcos’ grandparents, Manuel and Elisa Barillas, fled violence in  Guatemala, leaving behind their ranch and family butcher shop in the town square. They eventually settled down with their three children in Oxnard, California, where their life as undocumented immigrants was difficult – they raised their children with little financial means and struggled to understand English. Manuel found work in the construction industry while his wife and daughter cleaned houses in Malibu. Eventually, they became citizens and his daughter and her husband bought a small, five-acre ranch in California. They had returned to the ranchero lifestyle once again.

Then, in the summer of 2015, the entire family picked up and moved to a bigger ranch in Bowling Green, Kentucky. Now, the three generations live side-by-side and make money raising calves into cattle. Marcos dreams of someday owning multiple ranches, building on both the traditions and lives of his father and grandfather.

While living in Bowling Green, Kentucky, I met this family and frequently visited them over the course of five months. I eventually traveled with them to Guatemala, to the village they fled in 1986. I suddenly understood that they weren’t just in pursuit of a better life, but that they were fleeing imminent violence. This is my personal project, which I will continue to document in the years to come in order to understand how Hispanic culture impacts American society.

This project is very special to me, as I grew up in Denmark with a Spanish father and a Danish mother. I have always felt divided being from two different cultures. In the past, I never truly felt at home. I felt connected to my Spanish roots, but never really knew where I belonged – I wasn’t Danish enough to be Danish, and I wasn’t Spanish enough to be Spanish.

Likewise, when I look at Marcos, I see a person whose identity is deeply rooted in another culture.

“The moment you enter the ranch, it’s like you’re no longer in Bowling Green,” he said. Marcos and his siblings constantly deal with two different cultures – their Hispanic family at home in the ranch and the melting pot that is American culture on the outside.

This project gives insight to the clashes of the immigrant cultural experience in today’s America. The mainstream labels them as immigrants or Latino. But what does that mean? And what does one family look like?

My goal is to start a conversation about cultural identity in schools, especially with the young generation and their parents. I want people to understand the struggle of grappling with one’s own identity and furthermore what it’s like to be Latino in the United States.