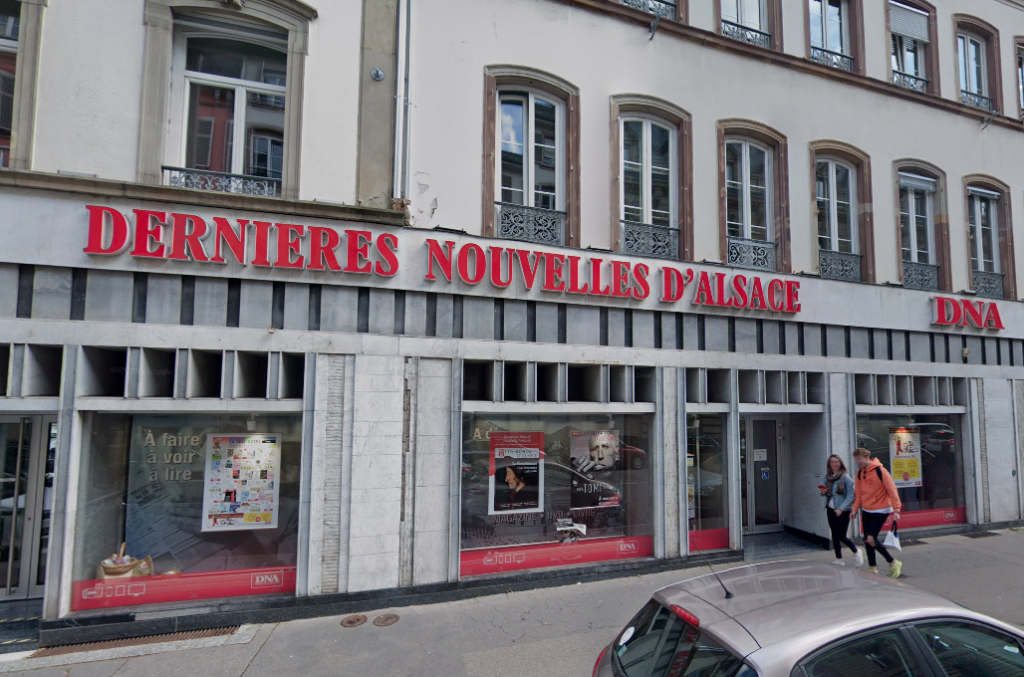 BRUSSELS — This month was already shaping up to be an intense time for local news across France, with 47 million voters expected to go to the polls to choose their mayors and local officials who, for the next six years, will decide on matters consequential to their communities.

But for community papers like Les Dernières Nouvelles d’Alsace, or DNA — the leading paper of record in the country’s east, with a circulation of around 132,000 — everything changed in late February with the outbreak of COVID-19. Now, the paper’s duty is to report day in, day out on how the outbreak affects the region — regardless of the financial difficulties it already faces. Since the outbreak began, advertising revenues collapsed in the French press, weakening even more papers like DNA which in recent years faced heavy layoffs, a drop in advertising sales and up to 25% loss of readership.

The challenges facing the newsroom pale in comparison to the need for accurate information amid the pandemic, say DNA reporters like Amandine Munier.

“We are a local paper, we cannot fail,” she said, explaining the newsroom’s transformation in a matter of hours.

Munier and her colleagues have not only shifted focus to COVID-19 coverage, but the 143-year-old paper is finding ways to support its community in this new reality of social distancing measures and isolation, as people stay home for weeks and months while worrying for friends, family or jobs. The paper, for example, began printing and inserting “official exit permit” templates in the print edition. These permits are mandatory documents established by the French government and all residents are required to fill out and sign the form indicating why they are leaving the house. Only a few activities are allowed: going to work, getting healthcare treatments, grocery shopping, daily physical activity.

Although DNA was not asked by authorities to print such templates (available on government websites), these essential permits can be a challenge to print without internet or a printer, which many residents in small villages throughout the region lack.

DNA readers can cut the forms directly from their newspaper and sign them, easing the burden on citizens in this unprecedented time. “We receive a lot of thank you notes from our readers as it was useful for their parents or their grandparents,” said Munier. For some readers, facing mandated confinement and social distancing, their local paper is one of the few connections they have with the outside world.

The efforts is one of several the newspaper has taken on to serve the community, which is severely affected by the pandemic. Health officials report Eastern France (and especially the city of Mulhouse) is one of the regions most affected by the COVID-19 pandemic, with around 4,000 hospitalized patients. At least 920 people have died.

Besides their print version, DNA set up its own Facebook support group for readers, moderated by Munier, after President Emmanuel Macron announced the first confinement measures on March 12. Over 11,000 people joined the group, establishing a forum to exchange aid for the most vulnerable, donate blood, collect handmade masks for those in retirement homes and deliver groceries to elders. Hundreds of posts and comments are being posted daily. Airbnb renters are now offering their flats to healthcare workers for free and farmers are proposing to help other farmers in need.

“You create a real bond with people,” explained Munier. “Our editorial strategy for the group is to promote our content in the region, and local initiatives, to create more bonds.” The group is a goldmine for DNA reporters seeking local testimony for their stories; they’ve written stories for their communities on how people are helping healthcare workers, or farmers, or beekeepers adversely affected by confinement measures during the pandemic.

Despite the susceptibility of the virtual group to trolling and misinformation, Munier says she has not spotted a lot of trolling comments or disinformation campaigns on the local Facebook group. But local papers are still gearing up their fact-checking capabilities in the wake of misinformation spread through social media and messaging apps.

From allegedly-spotted military tanks to fake pictures, and campaigns causing panic about hospital overcrowding even as most of them are not yet operating at full capacity, newspapers are asking readers to forward shady messages they may receive from friends and acquaintances, in order to track them and vet them.

Other French media has adapted. In Western France, Le Télégramme set up its own “Coronavirus Solidarity Operation” with a hotline and support group on its website. Reporters and hosts of the top national radio Europe1 are tweeting at #radioouverte (#openradio) about how they managed to set up studios in their garages and living rooms to keep their broadcasts going.

“Our world is closing and confining itself: but Europe1 is with you,” said the morning host Matthieu Belliard from his home garage while asking listeners to call the show to tell their stories.

But solidarity campaigns or Facebook groups are unlikely to be enough to save the French press. If most French reporters believe it could bring people closer together, help those in need, the same are asking “but will it last?”

For now the feedback they receive from their community looks to be enough to fuel the DNA reporting engine. “We receive a lot of thanks, it warms our hearts! We are fulfilling our mission as a local paper,” said Munier.

When the outbreak fades away, the quest for accountability of public officials will begin. Local papers want to be on top of those stories as well. Then their biggest test will be succeeding in making French society more equitable, and resilient. First, they must survive.

*Correction: In an earlier version of this story, reporter Amandine Munier’s surname was spelled Meunier.