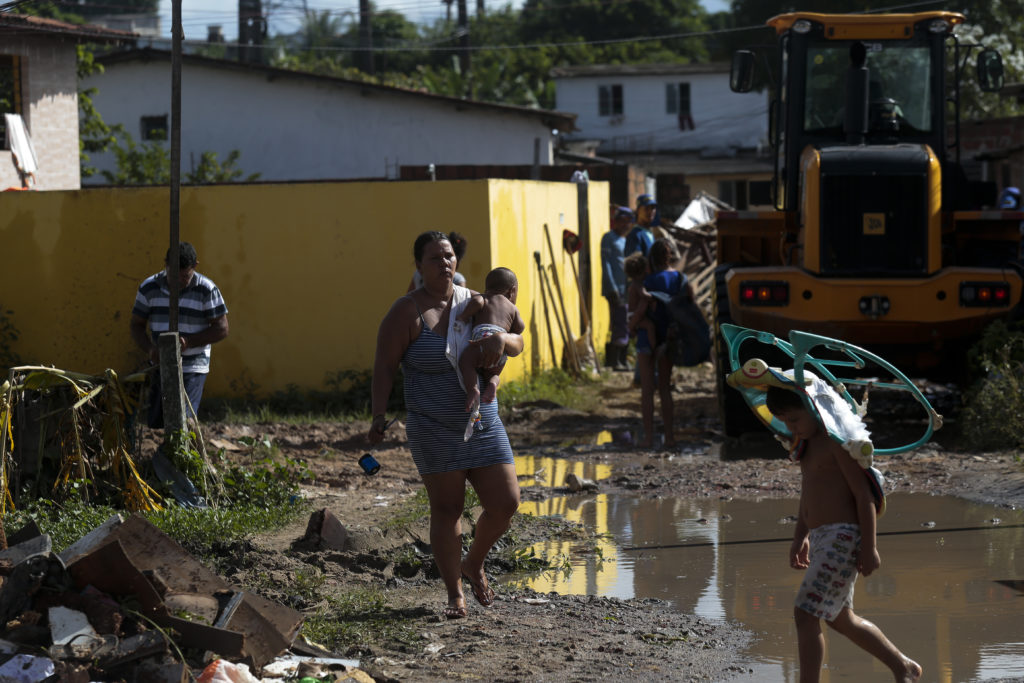 Although they are used to floods, the residents of the Sapo Nu neighborhood in Recife were surprised by the ferocity and destruction of this storm. (Photo by Arnaldo Sete/Marco Zero)

Editor’s note: At least 128 people died and 9,200 lost their homes after severe rainstorms in Pernambuco state, Brazil, triggered a series of devastating landslides.

More than a natural disaster, the tragedy exposed the consequences of the lack of urban and environmental policies in the state.

According to the UN Intergovernmental Panel on Climate Change (IPCC), Recife (Pernambuco’s Capital) has the highest risk level for ocean level rise in Brazil and occupies the 16 position in the world among cities threatened by ocean rise caused by climate change. Despite the risks, Recife’s investment in vulnerable areas decreased from 0,94 percent of the city budget, in 2013, to 0,37 percent, in 2020. In the same period, the city invested BRL 152,2 million (US$ 31,7 million) in the urbanization of areas at risk, three times less than the US$ 94,2 million spent on the maintenance of streets and avenues.

The disaster also exposed a social gap: black communities living on precarious hills and slopes were the most affected, while the predominantly white and wealthier population was in safer areas with proper infrastructure. A tourist beach town that attracts 2,5 million visitors every year, Recife is the Brazilian state capital with the highest social inequality, according to data from the Brazilian Institute of Geography and Statistics.

“What we have is a housing policy vacuum. And that means condemning part of the population to death”, warns Socorro Leite, ​​the director of NGO Habitat for Humanity Brazil.

Report for the World corps member Arnaldo Sete has been covering the aftermath of the floods and landslides in the most vulnerable communities, highlighting through his photographs the issues that led to this tragedy and the growing inequality and poverty left in its wake.