Seven steps we should take now to address climate change 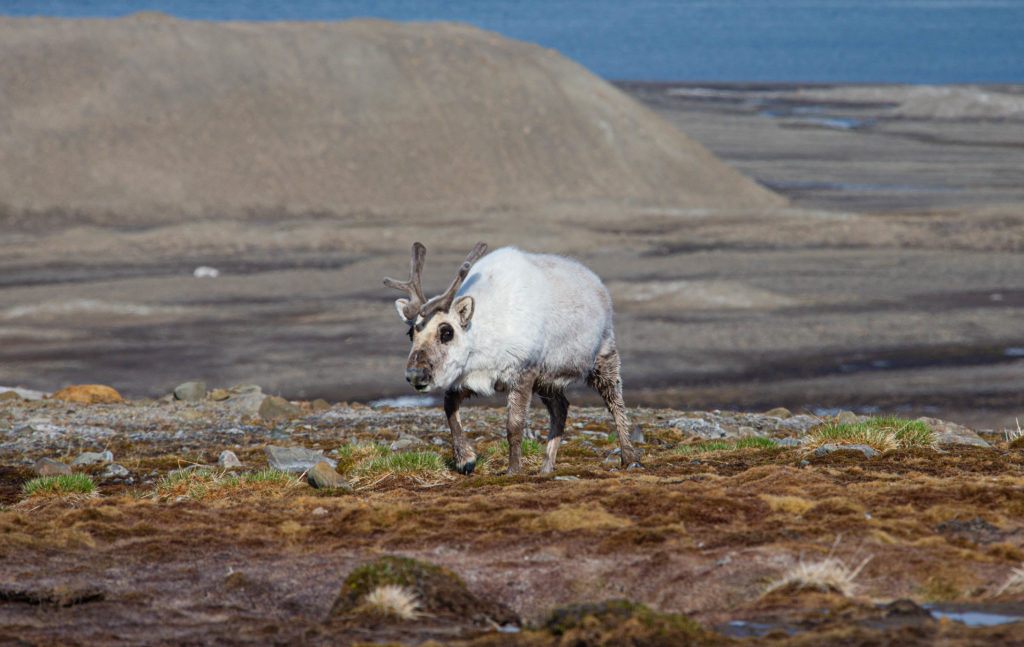 A reindeer on Svalbard, the arctic archipelago's muddied landscape in the background. (Photo by David Hone)

SVALBARD, Norway — Before sailing to the far north, my impression of the Arctic was snarled in visions of powdery snow drifts, with white-coated arctic foxes and polar bears just nearly visible as they trek the silent landscape. From our ship, we did see foxes and bears –– whales, seals and walruses, too. But the archipelago is closer to a freezing desert than it is a winter wonderland.

I travelled to this cluster of isolated Norwegian islands, host to the northernmost settlement in the world, as part of a team from the University of Texas at Austin. We had the incredible opportunity to join 87 people from 24 countries aboard the National Geographic Explorer, a ship which sailed us around Svalbard’s coasts.

During the trip, participants were divided into groups and tasked with rewriting different countries’ national climate plans, made as part of the 2015 Paris agreement, which the U.S. recently pulled out of. An eye-opening task for sure, given that the majority of those on the ship were not scientists.

Most of the other participants were in finance, education, non-governmental, or other environmental organizations from across the globe. A few others were students. Emily Beagle and I, both researchers at UT Austin, were among the few engineers aboard the Explorer – meaning that on a ship with limited internet access, we became the de facto Wikipedia for the various groups when they had any energy-related questions.

While many participants were well-versed in environmental sustainability and knew the general arc of where we needed to get to in terms of reducing carbon emissions, they were often perplexed about the concrete steps required to get there.

Now back in Texas, and based on my experience as an engineer whose career focus is energy, I compiled seven steps that we can take to decarbonize our energy system – and our lives.

These seven steps are steeped in science, backed by evidence and data. But, at best, we live in a world where such measures to address climate change are politically challenged. Our problem is not a technical one; we have the technology. This is a knowledge problem and also one of political interests.

These days it is understandable to feel hopeless about any issue, like climate change, that has become politicized. But the good news is that not all of the above steps require action from Washington. In fact, many are on the individual or local government level and are much more accessible to you and me.

This is the third in a series of posts from scientists, experts and artists detailing the impressions and insights they gathered on their trip to the Arctic, as part of ClimateForce 2019.