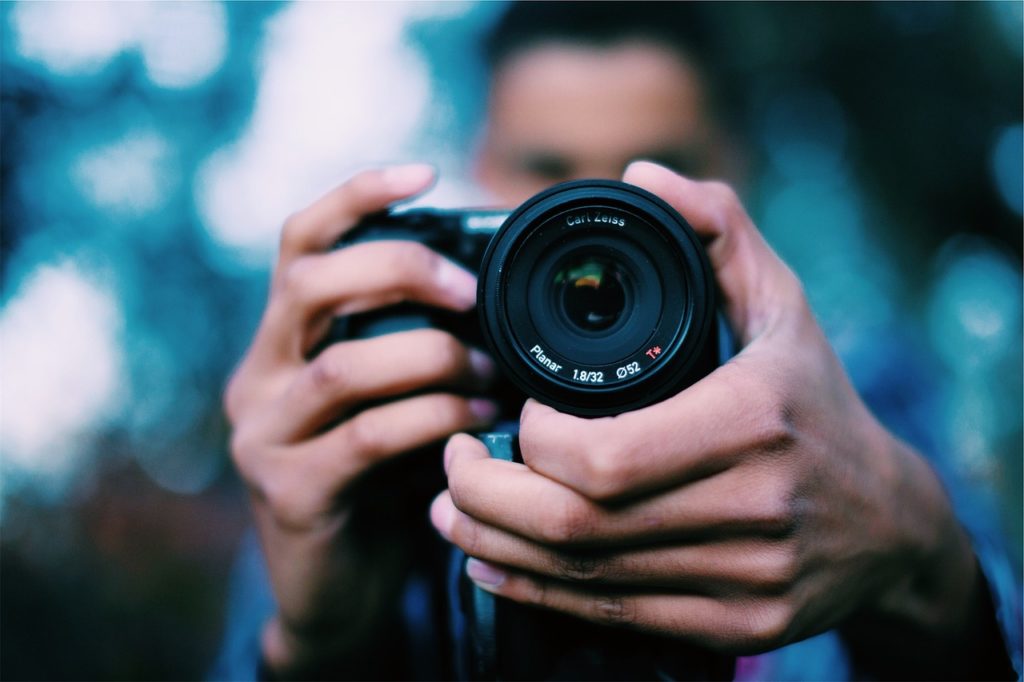 One-third of residents in the Bay Area — nearly 2 million people — struggle to make ends meet. According to a study conducted in the San Francisco Bay Area by the Brookings Institution, families on the high end of the income spectrum earn 11 times more than families on the low end — making it the third most unequal region in the U.S.

CatchLight Local is an initiative established in partnership with CatchLight and made possible by the support from The Kresge Foundation, The Neda Nobari Foundation, and the LSP Family Foundation.

“While we were able to award three fellowships for our pilot program, it was evident from the application process that there is a critical need for more visual storytelling at the local level and an abundance of visual storytellers doing incredible community-based work,” says CatchLight CEO Elodie Maillet Storm. “We want to make sure to highlight this work.”

David is a Central Coast based freelance photographer from Salinas, California. It is his intention to reveal the human condition by using a moment of light to freeze a moment of emotion. David seeks conditions of pathos, beauty, wonder, joy, stress, struggle, or despair in which to seek the “decisive moment” of recognition of his subject, as well as to capture that image.

The Hands that Feed Us

This project will focus on the lives of field workers and their children. My goal is to find and document the lives of these parents and children, and focusing on the issue of child labor that the kids are faced with in order to help their parents survive in anyway possible. I believe I can find families familiar with children in the workforce. My hope is that my photos can provide exposure of the issue of child labor that is affecting immigrant workers in Salinas, CA to finally break this cycle of poverty.

Lacy Atkins is a Pulitzer Prize winner and a two time finalist with over 30 years of experience as a visual storyteller. She now lives in the San Francisco Bay Area and contracts with non-profits such as the Innocence Project and Teach For America.  She has been on staff at the San Francisco Chronicle, Associated Press, Los Angeles Times and part of the USA TODAY Network, the Tennessean. Her work has been featured in various magazines such as Time, Newsweek and Sports Illustrated as well as on display at the Newseum in Washington D.C. and exhibited at the Visa pour L’Image in Perpignan, France.

With the country’s highest population of transgender people, San Francisco has taken a leading role in creating policies, services, and support for this historically marginalized population. Despite this progress, transgender people in San Francisco continue to face widespread discrimination, oftentimes traumatically so, especially if they are people of color. I aim to use my lens as a longtime photojournalist and visual storyteller to widen the scope of awareness on the inequalities that transgender people continue to face in the city that purport to open its arms to them.

Matthew’s photography explores humanity and the natural world. Photography has the potential to influence individuals and to improve conditions for people and the planet, and Matthew has been working toward that aim for two decades. As a visual storyteller, Matthew specializes in creating compelling images which go beyond the descriptive and are both visually and emotionally moving. Matthew takes great satisfaction in helping clients communicate the nature and importance of the work they do. His photography has taken him to many countries and continents on assignment for NGO’s, editorial, and commercial clients, and as a Fulbright Fellow. Matthew graduated magna cum laude from the University of California Berkeley with a BA in Zoology and is currently based in Berkeley.

Many factors contribute to rising economic inequality in California. Stories about rising rents, the influx of tech workers, evictions, and homelessness abound in the media, but there are deeper, historical and systemic factors at play which are often left out of the discussion. Perhaps the most important yet least discussed of these is education. I want to explore the role of unequal access to education as a contributor to today’s rising economic inequality through a project that revisits former students of mine from the Oakland public schools.

Salgu Wissmath is a nonbinary photographer based in Sacramento, CA. Salgu spent several years teaching elementary school in Mississippi, California, and South Korea before entering grad school at Ohio University, where they recently completed a Master of Arts in Photography. Their current work explores the intersections of mental health, queer identity, and faith from a conceptional documentary approach.They are dedicated to decolonizing the field of photography through their personal work, which focuses on stories by and for people of color and the queer community.

In a state where more than 129,000 people experience homelessness in a given night, according to 2018 data collected by HUD, Californians want to know which programs out there are successfully supporting people experiencing housing instability. Following a solutions journalism approach, this youth-led video project will highlight a community-centered model that has already succeeded in other cities. The film will follow a Host Home pilot program that is starting up in California’s capital, as it matches transitional age youth in need of housing with community members who are able to offer open rooms in their own homes.

Adrian Burrell is an avid storyteller from Oakland, California. He is a filmmaker and producer with a BFA in Film from the San Francisco Art Institute, currently perusing an MFA at Stanford University. Adrian was the producer and casting director on the dramatic feature Licks (2013) that premiered at SXSW and was distributed internationally by Blue Sky Media. Adrian is the director of a documentary photo and video project titled Picture A Change, documenting people and communities around the world fighting for change. Adrian loves to tell stories through his passion for photography and filmmaking, and is always looking for the next story to tell.

Last century, the Great Migration brought thousands of refugees from the Deep South to California, fleeing poverty and state-sponsored violence to find a place to shake the yoke of white supremacy.

My grandmother, one Black Oaklander approaching her centennial, has a paradoxical relationship to that history. Though she’s a witness and testament to it, sometimes she’d rather not remember. Now, she and others are twice displaced — once by Jim Crow and again by the erasure of a very Black Oakland they worked to build. This project will collect their stories and preserve a part of Oakland before it disappears.

As a Pulitzer Prize-winning editorial and commercial photographer, San Francisco-based Deanne Fitzmaurice is most known for her unique ability to go behind the scenes to discover and convey personal, intimate and emotional stories through images. Fitzmaurice, a Nikon Ambassador, is an assignment photographer with publications including Sports Illustrated, ESPN, National Geographic and many other respected outlets. Deanne has also partnered with foundations and non-profits including the Bill and Melinda Gates Foundation and the Lucile Packard Foundation. Deanne’s commercial clients include Apple, Nike, Google and Facebook.

Soul of the Mission

My proposal is to create a photographic documentation of the intersection of Latinx culture and Tech culture in the Mission District of San Francisco. I will photograph in the 8 blocks from 16th Street to 24th Street, primarily along Mission Street and Valencia Street. My hope is to bring attention to what is at stake looking through the lens of culture, history, economics, society and immigration in the social fabric of San Francisco’s oldest neighborhood, a microcosm of what is happening as gentrification sweeps across America.

Cassandra Giraldo is a photojournalist and filmmaker based in Brooklyn, New York. She is currently a producer at VICE News Tonight on HBO and a 2018-19 Investigative Fellow at Reveal from the Center for Investigative Reporting. While she loves the rush of a deadline and spot news, Giraldo is dedicated to working on long-form stories related to juvenile justice, mental health, education, and coming of age. While at Vice News Tonight, she co-produced and shot “World of Hurt,” an ongoing series which highlights communities impacted by the opioid epidemic as well as a 25-minute special report “Committed: kids & the mental health crisis.” Her work has been exhibited internationally and recognized by various photography organizations including Getty Images, Instagram, NPPA, American Photography, The New York Times Lens Review, and the Eddie Adams Workshop where she was awarded the Education Week award. Instagram added her to a list of Emerging Photojournalists in 2015 and she was named one of 30 Under 30 Women Photographers by Photo Boite in 2016.

Under the Same Roof

An accountant and her teenage daughter go to bed each night in their minivan in an isolated parking lot. A longtime caregiver feeds and tends to the lives of the mentally ill while struggling to keep a roof over their heads. A family displaced from a wildfire still struggles to find temporary housing. A mother with a history of substance abuse loses custody of her child because she can’t find consistent housing. “Under the Same Roof” is a character driven multimedia project that will weave together the varied yet shared experience of an unprecedented affordable housing crisis in California.

Nathan Weyland is a 15-year resident of the Bay Area with a bachelor’s degree in photojournalism from San Francisco State University. His work on personal projects is centered around environment, health, infrastructure, agriculture, adventure, and fill assignments.

Income inequality is acutely visible in my neighborhood of West Oakland. The pressures of gentrification, homelessness, overcrowding and a history of racial prejudice are weighing down on my community, but these issues cannot be resolved through bureaucracy alone. Only storytelling, with its unique capacity to induce empathy, can create the emotional space necessary for dialogue between radically different groups with different perspectives. By providing the space and time for this dialogue, this project dares to hope for novel solutions to these entrenched and common problems.

Multimedia photojournalist Manny Crisostomo is a native of Guam and is perhaps best known on the island for his stunning photographs documenting the lives and culture of the Chamorro people.  His keen eye and extensive photography work for almost 30 years have won him numerous awards and accolades, including the Pulitzer Prize in feature photography, which he was awarded in 1989.

The San Francisco Bay Area housing crisis has been especially tough for teachers. Teachers earning an average salary in nearly 90 percent of school districts in the Bay Area did not earn enough to rent an affordable two-bedroom apartment let alone buy a home. This is just one statistic, one grim media report in a long list of the economic hardships teachers have to endure to work in the communities they serve. This project as about teachers and their stories of financial austerity and the sacrifices they make in their day-to-day lives to pursue their passion and love of teaching. 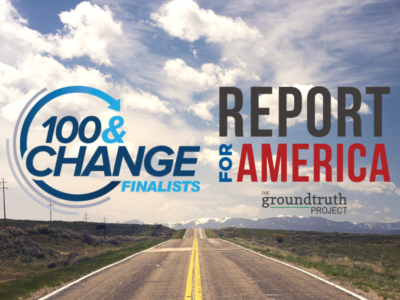 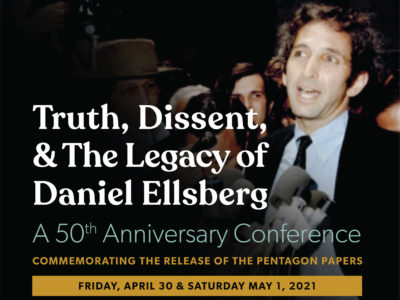 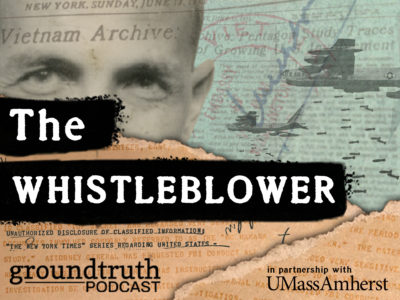