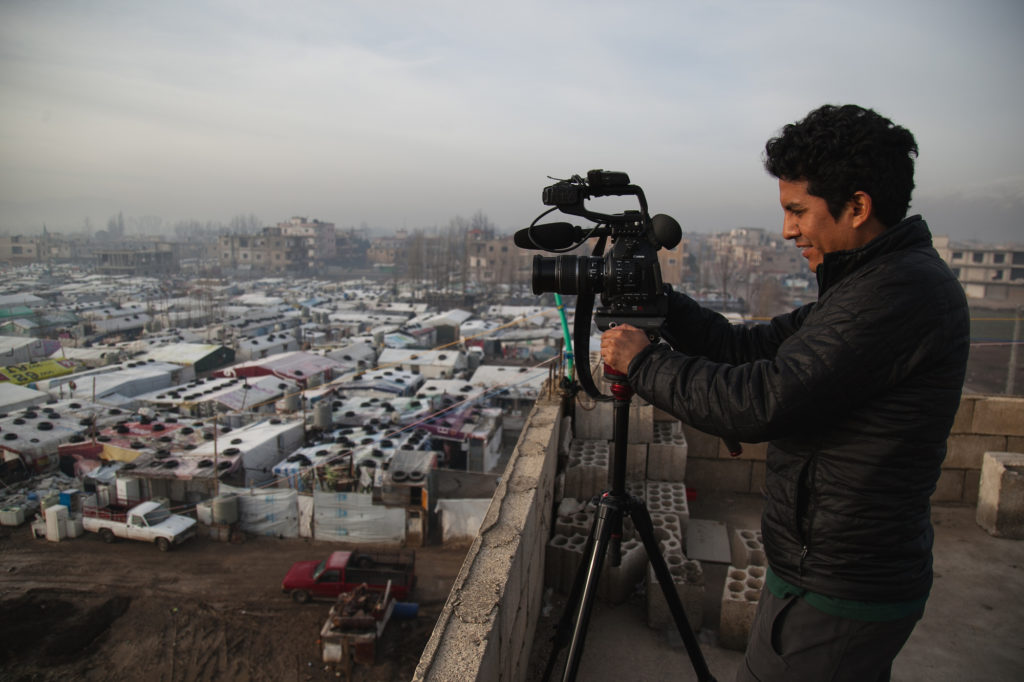 View the work of the 2015 GroundTruth Middle East reporting fellow Dalia Mortada, whose story centers on a rich and welcoming aspect of Syrian culture through a Syrian bakery.

In this year’s call for applications, we encourage young, emerging journalists to put forward proposals to report on youth and culture in the Syrian refugee crisis — themes which too often go unreported amid a focus on conflict coverage. We seek to find the stories that bring to light the human elements of the Syrian diaspora, and that contribute to an understanding of and respect for Syrian culture during a time of growing anti-Muslim sentiments and heated debate on refugee resettlement around the world.

The 2016 GroundTruth Middle East reporting fellowship is offered again in the spirit of James Foley, the American freelance reporter who was murdered by the self-described Islamic State in Iraq and Syria in 2014. This fellowship has been offered in past years in the spirit of other great foreign correspondents who died on assignment, including the New York Times’ Anthony Shadid who died in Syria in 2012; and Marie Colvin of The Sunday Times of London who was killed in Syria also in 2012.

James Foley, or Jim as his friends and colleagues called him, was always more than a conflict reporter. He came at this profession not purely from the adrenaline rush of covering war, but more deeply from a sense of caring about the people caught in conflict. Before becoming a journalist, Jim offered public service with Teach for America where he worked in a tough inner-city school system in Phoenix, Arizona. He also received a master’s degree at the University of Massachusetts, Amherst for writing and won a prestigious literary prize for a collection of published fiction.

We hope this GroundTruth fellowship will provide the opportunity for a young correspondent in the field to take inspiration from Jim’s approach, which included a sense of caring about young people that coursed through his reporting and his life.

The opportunity is intended for a freelance writer with a few years of international reporting experience, who is looking to pursue a meaningful story in an in-depth way. The successful candidate will have an entrepreneurial spirit, with familiarity of Middle Eastern culture and a keen journalistic sense of an important story. Applicants who include multimedia aspects, particularly audio and podcasts, in their proposal will be given special consideration.

The fellowship encompasses 10 weeks of field reporting during summer 2016. Fellows will independently pursue their story proposal, under the guidance and support of a Boston- based editorial team. Fellows are expected to produce 3-5 short vignettes or blog posts, as well as one in-depth written or audio piece which contributes to the understanding of Syrian culture.

The fellow’s work will be published on the GroundTruth website, as well as pitched to GroundTruth’s syndication partners in consultation with the fellow.

The fellowship offers a stipend of $5,000, disbursed in two equal tranches at the beginning of the fellowship and upon publication of work. GroundTruth is also able to support a budget for project expenses up to a maximum of $5,000. As part of GroundTruth’s commitment to a culture of safety in reporting, the budget must include a line item of $1,000 for a first aid and journalism security training, which GroundTruth will help arrange.

ABOUT THE GROUNDTRUTH PROJECT:

The GroundTruth Project is dedicated to training the next generation of international correspondents and to adding increased knowledge and understanding on issues of social justice including human rights, freedom of expression, emerging democracies, the environment, religious affairs and global health.

The deadline for applications is midnight (Eastern Time) on April 3, 2016. The winner will be announced on May 3rd, 2016, coinciding with World Press Freedom Day.