11 Podcasts To Help You Better Understand the World 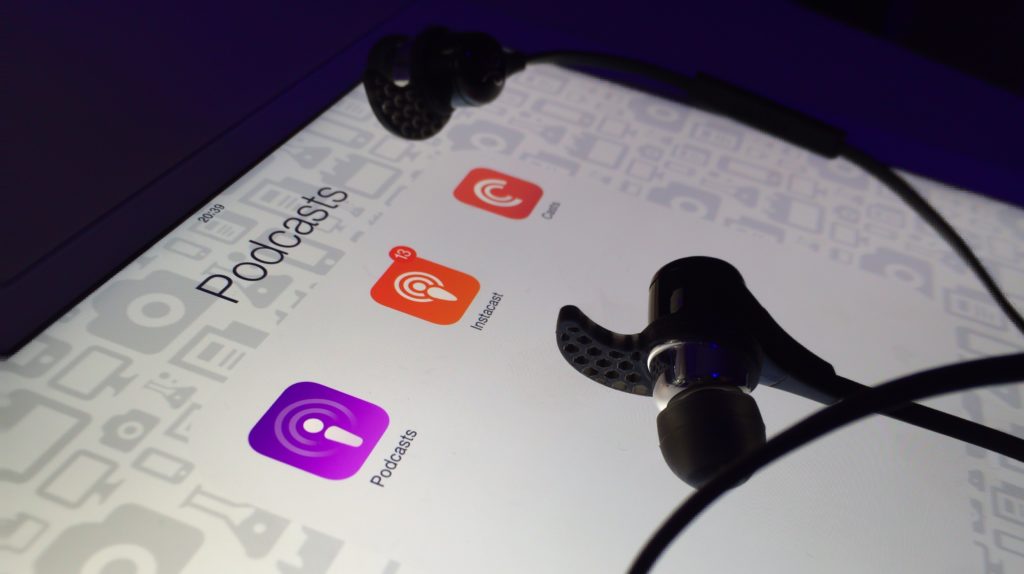 We’re in the midst of a podcast boom.

Whether you want to practice another language on your Coffee Break, be inspired by TED Radio Hour, or enter the dark comedic abyss that is WTF with Mark Maron, the audio world has you covered. But, internationally-focused podcasts are still difficult to find.

With the development of our new podcast (go take a listen and subscribe if you like it!), the GroundTruth team did some digging and and composed a list of what we think are the most compelling podcasts that feature international voices.

America Abroad is an award-winning documentary radio program distributed by Public Radio International (PRI) and broadcast on public radio stations nationwide. Each month, hosts take an in-depth look at one critical issue in international affairs and U.S. foreign policy. In May 2015, the award-winning program tackled Islamic feminism, what the concept means to women across the Muslim world, and how activists are changing their communities.

This one is a bit obvious, as the BBC tends to rule the world news roost through daily, in-depth investigative journalism that covers global issues and affairs. Earlier this month, the “Beeb” ran a particularly chilling and vivid episode, “Poems from Syria,” which painted a picture of pain and gruesome images from the midst of one of the world’s deadliest conflicts. The poets of Syria, still writing despite the odds, show astounding grace, beauty – and hope –  in the face of horror.

The CBC’s Doc Project tells stories that cross borders and explore the unknown, both in Canada and across the globe. Each week, host Casey Mecjia brings listeners a new documentary and has a revealing chat with the people who made it. It’s a behind-the-scenes peek at the joys, frustrations and challenges of documentary production. Our particular favorite is the episode titled “A boy and his piano.” It’s the story of a boy with an extremely rare disease – and a rare gift for playing the piano. From producer Ashley Waters, it’s a tender but honest look at the intersection of illness and art.

WorldLink brings you 60 jammed-packed minutes of personal tales from around the world with a show that bills itself as “the personal stories behind the headlines.” It’s hour-long program reminiscent of global news magazines like PRI’s The World, but because of Deutsche Welle’s roots in what used to be West Germany, the show is unmistakably European.  A November 7 episode covered attacks by anti-immigrant protesters in Germany, including one that targeted a Deutsche Welle journalist. But it also features lesser-known stories like an intimate profile of Nina Kusick, the woman responsible for helping break the gender barrier in professional marathons.

Israel Story, or Sipur Israeli, is a new radio initiative aimed at introducing high quality, long-form, non-fiction story-telling to, and about, Israel. “Whistle-Stop Tour” from the episode “Man on a Mission” is the epic saga of a wandering Israeli whistler who unexpectedly became the star of a Chinese whistling convention. Israel Story runs the gamut from silly to somber to thoughtful. This episode, from reporter Nava Winkler, showcases a strange kind of cultural exchange – not to mention the podcast’s great sense of humor.

Australian channel ABC Radio International brings you host Miyuki Jokiranta, who examines cacophonies of sounds, letting ambient noise tell stories. Soundproof takes some getting used to, for sure. But once it sinks in, the idea that excellently-produced rolling recordings of seemingly random audio can do just as much as a narrative piece, you get it. In the episode “An Audio Tale from Shanghai to Hobart,” listeners are taken on a tour of one of China’s largest cities, but not with words or images. Instead, we hear the sounds of Shanghai, allowing listeners to imagine the scenes in their own minds. It’s pretty trippy.

NPR’s LatinoUSA describes itself as “the radio journal of news and culture” and claims to be “the only national, English-language radio program produced from a Latino perspective.” As an award-winning radio show and podcast, LatinoUSA manages to straddle both domestic and international news, showing the surprising connections between the US and Latin America. Producer Dusty Christensen recently visited the Ecuadoran town of Cotacachi where the local Kichwa indigenous community are dealing with the arrival American “expat” retirees. The show transports the listener to a corner of Latin America where cultures are colliding and revealing a great deal about global inequality.

8. PRI’s The World in Words

Unlike some of the more news-focused global podcasts, The World in Words takes a look at how linguistics brings us together. Hosted by Patrick Cox, the show examines words, sounds, phrases and dialects of the world’s languages. In the October 2015 episode “Talking Texas in Iran,” producer Ashley Cleek looks into how the word “Texas” came to be used in Turkey, Norway and Iran as a catch-all for anything that is wild, chaotic, unruly or abnormal. For example, you’d say to an erratic driver, “This isn’t Texas!” So how did that happen? Cleek investigates the ways Texan stereotypes (particularly from cowboy culture) are so exotic to the rest of the world that they became their own adjective.

For fans of “This American Life,” it’s no surprise that we’re including it on this list, because despite its name, the show routinely features stories from outside the US. This summer, producer Leo Hornak shared the story of Abdi, a Somali refugee living in Kenya who recently won the “green card lottery.” Based almost entirely on phone calls between Hornak and Abdi, “Abdi and the Golden Ticket” follows Abdi’s struggles to make it to his interview at the US Embassy. Even with this limitation, the episode managed to create memorable scenes that vividly illustrated the precarious situation of refugees in Nairobi. Listeners were captivated. In fact, many even sent donations to support Abdi via PayPal.

It’s the world’s most volatile region, and it has changed hands and empires more times than most people can count. In the effort to understand the Middle East, context is crucial. To make it more palatable than a dusty history book, The Ottoman History Podcast invites experts to explain the background information we need the most, and the details we are likely to miss through the fast-paced 24 hour news cycle. In “Palestinian Village Histories,” Professor Rochelle Davis discusses her latest book about the ebb and flow of the people who have inhabited the villages of historical Palestine, including Ashkenazi Jews and Ottoman Turks.

You should definitely check out all of these great podcasts, but as you indulge in listening to stories from around the globe, make sure to tune in to GroundTruth as well (yes, it’s ours!). We bring you human stories from the front lines of today’s most pressing issues. Our recently released Episode 3 is a love story within the refugee crisis featuring Tracey Shelton, an Australian war reporter who spent the past 10 years living on the front lines in Iraq, Syria and Libya. Now Tracy is engaged to a Syrian refugee, and they’re moving to Sweden to start a new life together while grappling with a big question: is her work still worth the risk?

So…How do you listen to different corners of the world? Did we miss your favorite international podcast? Comment and tell us your favorites!

Contributions were made by Alex Pearlman, Daniel Gross and Will Coley.